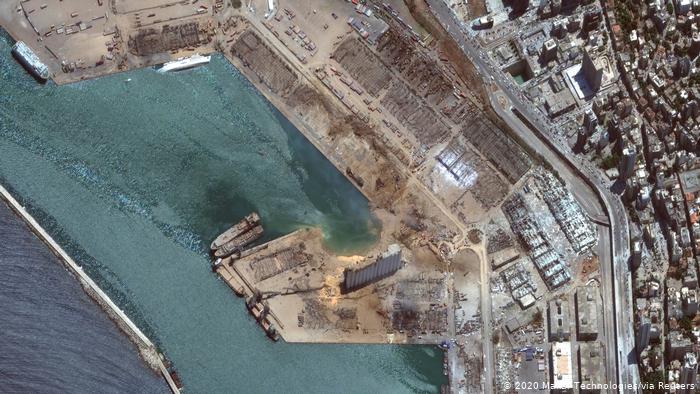 Editor’s Note: Lebanon’s situation demands that the West listen with humility and firmly support the demands of the local population, which is displaying a greater degree of cohesion than that sought by their leaders, writes Javier Solana. This piece was originally published by Project Syndicate.

“The intellectual capital of the Arab East” and “the ideal place for maximum flowering and pluralism” is how the writer Amin Maalouf, one of Beirut’s most celebrated sons, has described the city as it was in the 1960s. In his latest work, The Shipwreck of Civilizations, Maalouf charts the decline of that vibrant and resplendent Lebanon after it was razed by the same sectarianism that robbed so many countries in the Middle East of a promising future.

At the beginning of August, much of the Lebanese capital was literally razed by a huge explosion at its port. All indications suggest that the tragedy was the result of repeated negligence directly linked to the country’s political sclerosis. On the eve of the disaster, the Lebanese foreign minister had resigned, warning that narrow party interests threatened to turn Lebanon into a failed state.

The explosion in Beirut is just the tip of the iceberg. Lebanon was already experiencing a deep economic and financial crisis that prompted a wave of protests last October against political deadlock, systemic corruption, and the continued interference of foreign powers. Since then, things have gone from bad to worse.

The United Nations World Food Program estimates that the price of food in Lebanon rose by 109% between October 2019 and June 2020. To this must be added the effects of COVID-19, which have been aggravated by the chaos resulting from the explosion. Moreover, this troubled country has the highest number of refugees per capita in the world: Today, displaced Syrians make up 30% of the population.

Lebanon is mired in its most serious crisis since the 1975-1990 civil war, although in fact the country has never succeeded in closing the door on that bloody chapter. Its recent trajectory represents a paradigmatic case of what the British academic Mary Kaldor calls “new wars.” In this type of conflict, opposing factions seek to encourage extremist identities and perpetuate hostilities, because doing so gives them free rein to pursue extractive policies.

Furthermore, factional leaders tend to use peace agreements to consolidate their positions of power and patronage networks, as was the case with the 1989 Taif Agreement that ended Lebanon’s civil war. This pact slightly modified the confessional quota system that has prevailed in the country’s public bodies since independence, hindering effective governance and the construction of a national identity.

As Kaldor points out, peace agreements often don’t even end the violence. The emergence of the Shia Islamist group Hezbollah during Lebanon’s post-civil-war period attests to that. The group, which many countries classify as a terrorist organization, has used Iranian and Syrian support to establish what has come to be regarded as a state within a state. On August 18, a United Nations-backed special tribunal found a member of Hezbollah guilty of involvement in the 2005 assassination of former Lebanese Prime Minister Rafik Hariri in a truck bombing that also claimed the lives of 21 other people. Hezbollah’s leadership, however, was exonerated.

In short, Lebanon has been adrift for many years, and the international community simply cannot look the other way. Let us not forget that the predecessor of the current Lebanese state was conceived precisely a century ago by the victorious powers of World War I, following the dissolution of the Ottoman Empire. The League of Nations placed Lebanon under a French mandate that lasted until 1943, and France maintains close relations with the country.

Sheikh Hussein Said Musheimish, a prominent Shiite cleric and former deputy Hezbollah’s Secretary General Subhi el Tufaily , is a well known scholar and an outspoken critic of the current Hezbollah leadership . In 2005 he wrote his will thinking that Hezbollah will assassinate him like they did to former PM Rafik Hariri . In the above tweet he says Hezbollah is not a resistance movement describes it is a terrorist gang that is robbing the state and endangering it all for the sake of Iran

French President Emmanuel Macron visited Beirut two days after the explosion and subsequently hosted a U.N.-backed virtual donor conference, emphasizing that France and other world powers have an obligation to provide emergency aid to Lebanon immediately. The European Union has done this quickly and generously.

But the West, in particular, has a broader historic responsibility that includes encouraging effective governance systems in Lebanon and the rest of the region. All too often, however, it has not been equal to this task, resorting to interventionist excesses and paternalistic attitudes in its desire to assert control.

The case of Libya, for example, shows how Western arrogance in backing regime change without viable reconstruction plans can contribute to state failure. Above all, any policy initiative undertaken on humanitarian grounds should respect a basic maxim of medicine: primum non nocere — “first, do no harm.”

Lebanon’s situation demands that the West listen with humility and firmly support the demands of the local population, which is displaying a greater degree of cohesion than that sought by their leaders. Popular outrage following the explosion has already brought about the Lebanese government’s resignation, but that is not enough. Protesters are calling for a complete overhaul of the system, even by adopting slogans associated with the Arab Spring, although such an undertaking seems very complicated.

Neither Lebanon’s ruling class nor the country’s more influential neighbors will accept fundamental reform willingly, and the experience of the Arab Spring is far from encouraging. Only the Tunisian revolution led to democracy, and even that success has not been a panacea for the country’s problems. Nevertheless, any hope that Lebanon might have of rising from its ashes will lie, as in Tunisia, in allowing local voices to ring loud and dynamic social movements to develop from the bottom up.

Let me therefore conclude as I began, with the wise reflections of Maalouf. “At present I am convinced,” he says, “that the ideal — for my mother country, and for others as well — does not reside in the quota system, which encloses a society in a perverse logic and leads directly to that which we want to avoid, nor in the negation of the differences, which only masks the problems and often aggravates those same differences. […] What is at stake is the very survival of the nation, its prosperity, its place in the world, and its civil peace.”