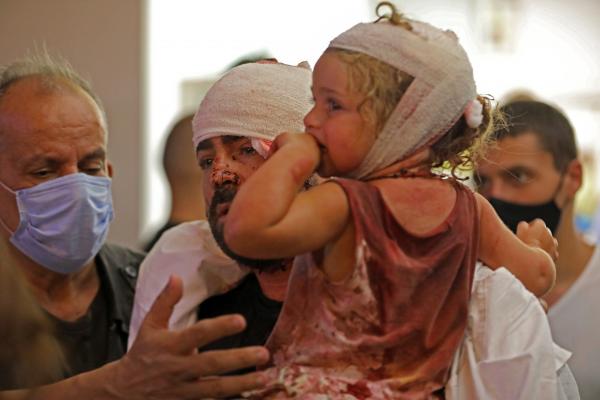 On 4 August, two explosions ripped through the port area of Lebanon’s capital, leaving 220 dead, including three children. A further 6,000 people, including 1,000 children, were injured and more than 110 people are reportedly still missing. UNICEF estimates that nearly 100,000 children had their homes damaged or destroyed. Many households are in poor living conditions with limited access to water and electricity. UNICEF is leading building to building assessments to identify the number of houses that lost access to water.
Share:

“We will be working on helping the children go back to their schools … and start their new academic year as 120 schools were impacted by the explosions,” Chaiban said during his tour to check the children department at Karantina Hospital.

Chaiban assured that the UNICEF will always stand by Lebanon.

Two huge explosions rocked Port of Beirut on Aug. 4, shaking buildings all over Lebanon’s capital, and killing over 177 people while wounding 6,000.

The explosions caused billions of dollars in losses in the country.