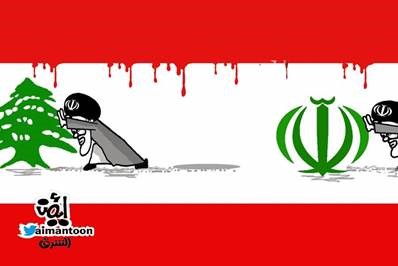 “The Lebanese Broadcasting Corporation International decided that what comes after Aug. 4 is not like what came before,” a presenter announced on live television on Friday.

“Because after the earthquake is not the same as before, because your (Lebanese government) neglect and failure is one of the main reasons for what we have come to … because after Aug. 4, we need actions and not words, achievements and not speeches.

“Let your accomplishments speak for you and don’t distract people with storytelling,” she said.

Many Lebanese welcomed LBCI’s announcement, with several taking to social media to praise the move — especially given that Nasrallah spoke at a press conference at 5:30 p.m. local time, his first address since the blasts.

“Not only Nasrallah, but all speeches, by all parties. They are nothing more than propaganda. They own their own propaganda bullhorns, so let them use those to address their sheep, rather than block the airwaves for the rest of us,” Raghda Azad, a policy adviser, told Arab News.

“Not that LBC is a model or anything, but all television outlets should stop unquestioning and uncritical reports of so-called leaders,” she added.

However, some doubt the move will not be followed by other stations.

“I think it would be great if they all do. But I think because many people care what he says, stations feel like they should oblige,” Aya Chamseddine, a Beirut-based researcher, told Arab News.

“Generally, people tend to — even if they loathe him — root themselves in front of TVs to watch and listen. His speeches are theatrics above all,” she said. “His narrative will be predictable. He will say they know more than anyone what it means to lose people. He’ll be insulting.”

A Lebanese media expert, who did not want to be named due to the sensitivity of the issue, disagrees with the move.

“CNN, even when it hates (US President) Trump, carries his speeches. Nasrallah is the biggest political player in the region; when he speaks people would want to listen because of his effect on politics and our daily lives,” he said.

“The issue is analyzing what he says later, and tearing it apart when it is false or stupid, like CNN does after every Trump speech or statement.”

The boycott comes three days after Beirut was rocked by two blasts when 2,700 tons of ammonium nitrate confiscated six years ago and left in a port storage hangar exploded.

The massive explosions left at least 140 people dead, over 5,000 injured and more than 300,000 homeless. Many say that government corruption and negligence are behind the explosion.

Update: As expected Hezbollah chief Hassan Nasrallah denied any knowledge of the 2750 tons of the Ammonium nitrate that exploded at Beirut Port and denied his party controls the port and also denied that his party has any arms at the port despite the fact that Hezbollah uses the port constantly in Lebanon for its own imports and never pays any customs duties to the Lebanese government . Nasrallah claimed that the investigation will prove him right but the investigation is being done locally by the government which is completely under Hezbollah’s control . It is well known that all the 3 branches of government are controlled by Hezbollah , the parliament thru its Speaker Nabih Berri , the presidency thru president Michel Aoun and the cabinet thru PM Hassan Diab , all 3 were installed by Hezbollah