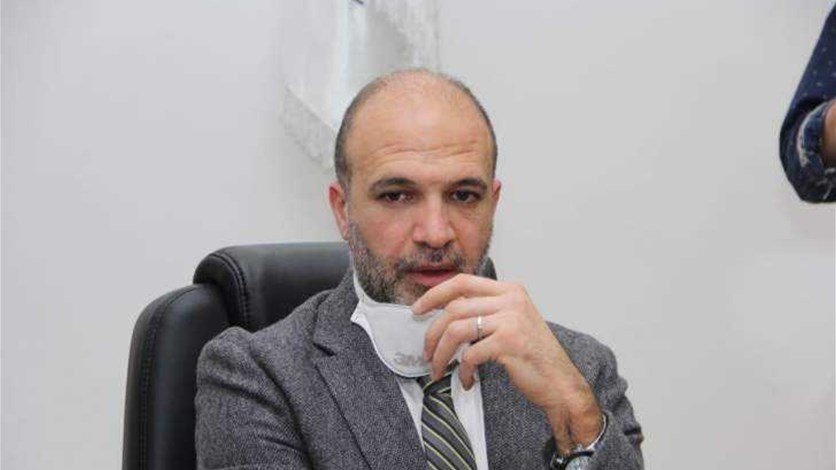 BEIRUT: Lebanon’s government was accused on Saturday of botching its response to the coronavirus pandemic and urged to impose a tough new lockdown after the average number of daily cases doubled in a week.

“If Lebanon continues to witness an increase in cases of infection, and as long as the Lebanese do not adhere to the preventive and precautionary measures, then we must get to this level,” Dr. Abdel-Rahman Bizri, a member of the national committee for infectious diseases, told Arab News.

The number of cases of COVID-19 infections in Lebanon passed 3,400 on Saturday, and the death toll rose to 46. The number of infections during the past week increased from 75 cases a day to 166.

Lebanon on Sunday reported 175 cases , the highest daily count of coronavirus cases bringing the total to 3,582 and the death toll rose to 47.

“We are currently wavering between the third and fourth phase in confronting the virus, which means that we reached the stage of societal reproduction because the virus is internally spread and not being transmitted by people coming from abroad,” Bizri said.

Lebanon reopened its international airport on July 1 for commercial air traffic, with passengers required to be tested and proved free of the virus.

Dr. Ismail Sukkarieh, head of the health, rights and dignity commission, said COVID-19 had regained momentum in Lebanon. “The state that is supposed to manage the health crisis has lost its credibility,” he said.

“It did not allocate a specific hospital to receive those who have contracted COVID-19, nor did it train people on how to confront it. Government hospitals are not prepared to confront the pandemic, while private hospitals have relinquished their responsibilities and the state was not able to force them to allocate special departments for people infected with COVID-19, although they have been the biggest beneficiaries of state funds for years.

“The way the airport was reopened to the public was marred by chaos. There were frauds in virus tests, and no measures were taken against the counterfeiters, which proves that people in Lebanon are reckless in dealing with the disease.

“The state wanted to show itself as the victor for reasons not related to health, but the reality is different. They opened the airport, allowed weddings and gatherings, and the real situation was revealed.”

The World Health Organization said on Saturday that more than a million cases had been recorded in each of the past five weeks.

“While no country is unaffected, this rise is driven by high transmission in large and populous countries in the Americas and South Asia,” it said.

Meanwhile, the Ministry of Health, along with relevant security services, has seized tons of rotten and expired chicken and fish meat recycled in factories far from Beirut.

Dr. Zouhair Berro, president of the Consumer Protection Association, said it was “only the tip of the iceberg,” and that there were, in Lebanese warehouses, huge amounts of accumulated goods, many of which were sold to Syrian refugees.

“The association had warned the Ministry of Health about the issue. What is the government waiting for to implement the laws of food safety, free competition and prohibiting monopoly?”

“There are crises of waste handling, electricity, bread and gasoline. Political parties are all warning of starvation while, at the same time, they are exchanging accusations while no one is held accountable for what has been committed.”

“Warehouses are full and there is no threat of shortage or starvation, rather there are monopolies, theft, fraud and privileged merchants, while the judiciary is absent and I do not know who would protect the citizens.”

On brink of losing control

Lebanon is “on the brink of losing control” of the coronavirus pandemic, the country’s foremost authority on the subject said Sunday as a second wave of infections swept across the crisis-hit country.

“I believe we are on the brink of losing control. We need a timeout,” head of the Rafik Hariri University Hospital Dr. Firass Abiad said, hinting that a full lockdown was needed.

“It will allow us to reorganize, get our act together. We won the first battle, but this is a war … Sometimes one takes a step backward in order to move two steps forward.”

According to Health Ministry data shared on Twitter by Prime Minister Hassan Diab’s health advisor Petra Khoury Saturday, if the current rate of intensive care admissions is maintained, all of the country’s ICU beds will be occupied by Aug. 14.

The number of hospitalizations for coronavirus between July 12-26 rose 60 percent, while the number of people in intensive care rose 65 percent during that period.

Given that countermeasures such as partial lockdowns take “at least two weeks to show an impact,” Abiad cautioned that they “may not be sufficient” at this stage.