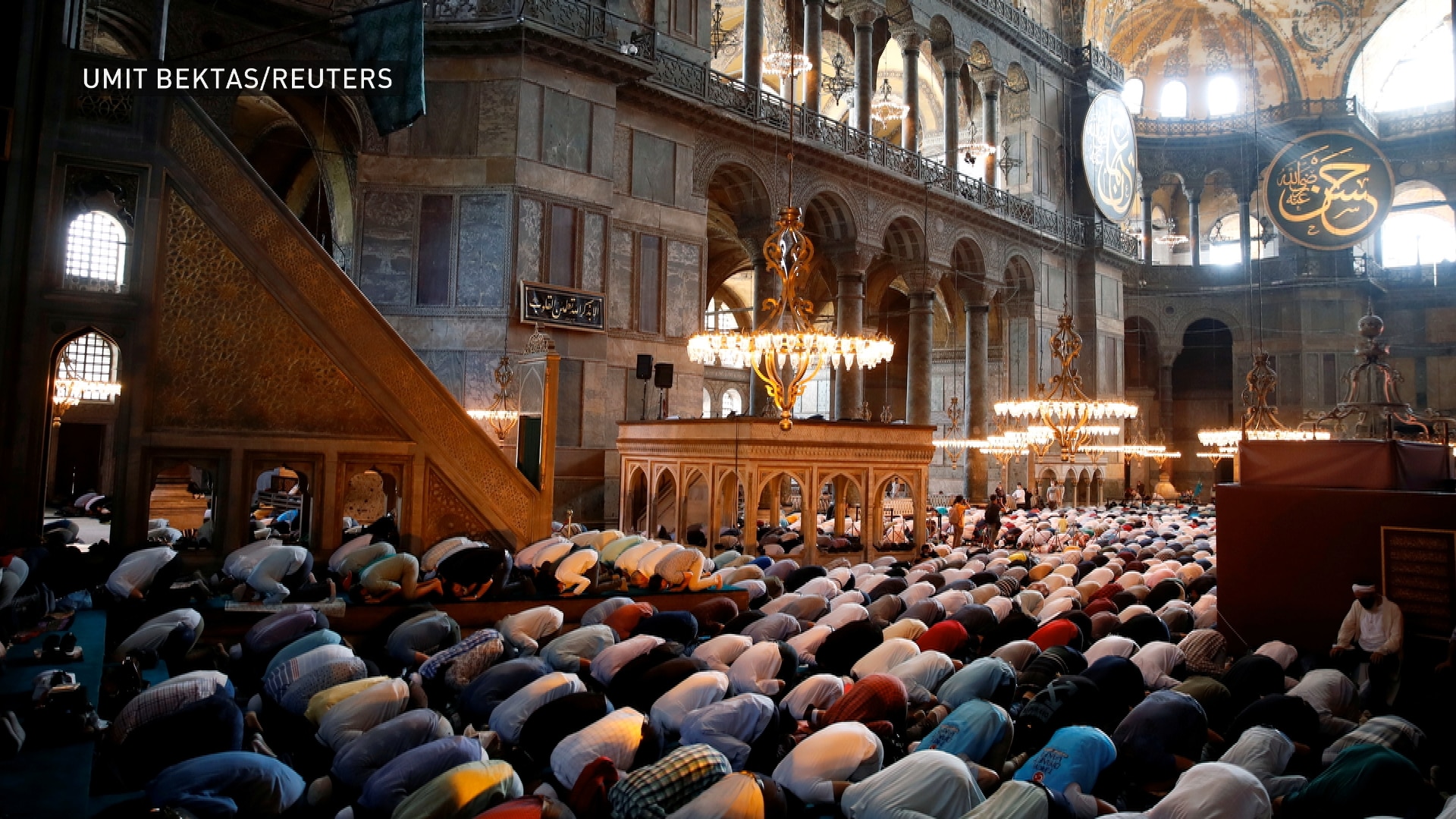 FILE PHOTO: Worshippers attend afternoon prayers and visit Hagia Sophia Grand Mosque, for the first time after it was once again declared a mosque after 86 years, in Istanbul, Turkey, July 24, 2020. REUTERS/Umit Bektas. Greek Prime Minister Kyriakos Mitsotakis called Turkey a “troublemaker”, and the conversion of the site an “affront to civilisation of the 21st century”.
Share:

ISTANBUL – Turkey and Greece exchanged harsh words on Saturday over the conversion of Istanbul’s Hagia Sophia into a mosque, a day after Islamic prayers were held at the ancient site for the first time in nine decades.

President Tayyip Erdogan, who attended Friday’s ceremony that sealed his ambition to restore Muslim worship at Hagia Sophia, did not name Greece but said critics of the move were simply against Muslims and Turkey.

Greek criticism of the move has been especially scathing, underlining tense ties between Greece and Turkey. Hagia Sophia was previously a museum and most Greeks view it as central to their Orthodox Christian religion: church bells tolled in mourning across Greece on Friday.

“We see that the targets of those countries who have made so much noise in recent days are not Hagia Sophia or the eastern Mediterranean,” Erdogan said in a televised speech.

“(Their targets) are the presence itself of the Turkish nation and Muslims in this region,” he said.

In a statement earlier on Saturday, the Turkish Foreign Ministry spokesman said “Greece showed once again its enmity towards Islam and Turkey with the excuse of reacting to Hagia Sophia Mosque being opened to prayers”.

He strongly condemned hostile statements by the Greek government and parliament members and Turkish flag-burning in the Greek city of Thessaloniki.

The Greek Foreign Ministry responded with its own statement, saying “the international community of the 21st century is stunned to observe the religious and nationalist fanatic ramblings of today’s Turkey.”

On Friday, Greek Prime Minister Kyriakos Mitsotakis called Turkey a “troublemaker”, and the conversion of the site an “affront to civilisation of the 21st century”.

Greece and Turkey disagree on a range of issues from airspace to maritime zones in the eastern Mediterranean and ethnically split Cyprus.