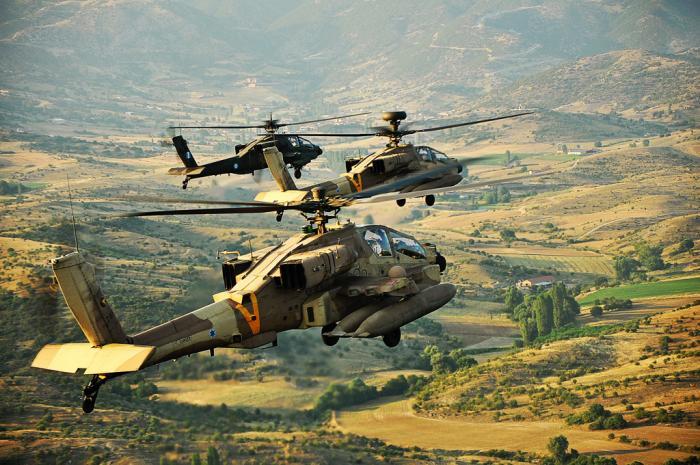 In escalating violence this week between Israel and Hezbollah, Israeli helicopter gunships hit Syrian positions in the southern part of Quneitra, on Friday night, after receiving mortar fire on Friday morning from the Syrian side of the Golan Heights.

“The IDF holds the Syrian regime responsible for the fire against Israel earlier today,” IDF’s statement read. “The IDF will continue operating with determination and will respond to any violation of Israeli sovereignty.”

This latest escalation of violence began on late Monday night when supposedly Israeli aircraft hit several positions south and southwest of Damascus. Monday’s airstrikes destroyed a missile depot and also damaged weapons and ammunition warehouses, according to the Syrian Observatory for Human Rights (SOHR), a U.K.-based watchdog on the civil war.

On Monday’s attack, reportedly five members of a proxy Iranian militia were killed some of them Hezbollah fighters; seven Syrian government military soldiers were injured. The airstrikes caused several additional explosions around the town of Kiswah, an area where Iran’s Islamic Revolutionary Guard Corps has long had a presence. Reuters reported that the airstrike hit targets in the towns of Jabal al Mane, Muqaylabiya, and Zakiya, causing “huge blasts” and allegedly killing several Iranian troops.

Reuters quoted Zaid al Reys, a Syrian analyst with sources on the ground named, who stated that the target of the attack was a “major ammunition depot.”

The Israelis have repeatedly stated that they will not allow Iranian troops on their borders. Syria, an Israeli antagonist, has allowed Iran and Hezbollah free access to its border with Israel. Hezbollah was created by Iran in Lebanon in the 1980s and remains an Iranian proxy.

On Thursday, the IDF had announced that it was beefing up its northern border because of the threat of retaliation by Hezbollah. It moved the 13th Battalion of the Golani Brigade as well as other small units that would be utilized by the Northern Command.

“In light of a situational assessment in the IDF and in accordance with the Northern Command’s defense plan, the IDF’s deployment will change in both the military and civilian arena with the goal of strengthening defenses along the northern border,” the IDF said.

And indeed Hezbollah did respond by firing anti-tank rockets across the border early on Friday morning. A civilian car and a building were damaged in the attack. The blast occurred near the Druze town of Majdal Shams in Israel’s northern Golan Heights. It was this attack that prompted the latest Israeli retaliation.

In an unannounced visit, U.S. Chairman of the Joint Chiefs of Staff, Army General Mark Milley arrived in Israel and met with Israeli Defense Minister Benny Gantz, IDF Chief of Staff LTG Aviv Kohavi and Mossad director Yossi Cohen, along with other top officials, according to the Times of Israel. Due to the events of this week, Israeli analysts were thinking that the visit has to do with the recent escalation of violence between the IDF and Iran.