U.S. orders China to close its consulate in Houston as tensions escalate 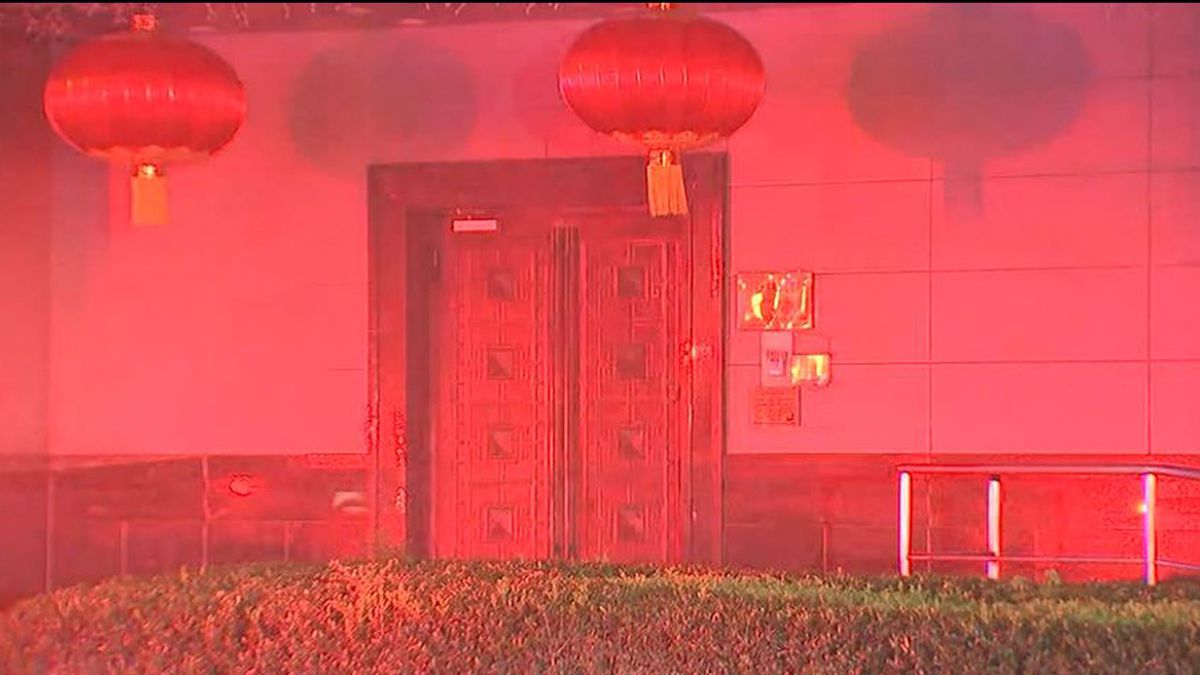 The China consulate in Houston is seen in the glow of fire engine lights after reports of documents being burned in front of the consulate overnight.(Source: KTRK/CNN)
Share:

Houston—  The U.S. has abruptly ordered China to close its consulate in Houston in what Beijing warned was “an outrageous and unjustified move which will sabotage China-U.S. relations” and prompt it to retaliate.

Chinese Ministry of Foreign Affairs spokesman Wang Wenbin confirmed at a news briefing in Beijing that the U.S. had demanded Tuesday that China’s Houston consulate cease operations and evacuate all personnel by Friday. Wang did not state what reason the U.S. had given for the consulate’s closure.

The State Department said in a brief statement that the shutdown order was given “to protect American intellectual property and Americans’ private information.” The statement did not elaborate on the issue.

“President Trump has said, ‘Enough, we’re not going to allow this to continue to happen,’” Secretary of State Michael R. Pompeo said at a brief news conference Wednesday in Copenhagen. “We are setting out clear expectations for how the Chinese Communist Party is going to behave, and when they don’t, we’re going to take actions that protect the American people, protect our national security and also protect our economy and jobs.”

Closure of a diplomatic mission would represent a significant escalation in the accelerating breakdown of relations between Washington and Beijing. A trade war has already engulfed the world’s two biggest economies, and the Trump administration’s accusations of Chinese mishandling of the coronavirus outbreak have further strained relations.

The two countries have imposed restrictions on each others’ journalists, expelling many of them, and the U.S. has restricted visas for Chinese graduate students with ties to entities deemed to be seeking to acquire foreign technology for Chinese military purposes.

Wang called the consulate closure an “unprecedented escalation” of U.S. actions against China. He said Chinese diplomatic personnel had been twice restricted in the U.S., without specifying how, in June this year and October last year.

He said the U.S. had opened and confiscated items from Chinese diplomatic pouches, and that the Chinese embassy in the U.S. had received bomb and death threats to its personnel “as the U.S. flagrantly drives stigmatization and fans hatred against China.”

Wang also accused U.S. embassy personnel in China of engaging in “infiltration and interference activities” and said the U.S. embassy was constantly publishing articles “smearing China” on its website.

The spokesman threatened “firm countermeasures” from China if the U.S. did not withdraw the Houston consulate closure, without specifying what those measures could be.

Local media in Houston reported Tuesday night that documents were being burned in the Chinese consulate courtyard. Firefighters had responded to reports of the fire but did not enter the premises. Under international convention, the consulate is considered Chinese territory.

Earlier this week, the U.S. government imposed sanctions on 11 Chinese companies — in addition to four Chinese officials already under sanctions — for involvement in human rights abuses against the Muslim-minority Uighurs in China’s northwestern Xinjiang region. Beijing has responded by banning several U.S. lawmakers, including Sens. Ted Cruz (R-Texas) and Marco Rubio (R-Fla.), from entry to China.

On Tuesday, the Department of Justice indicted two Chinese hackers who it said had stolen trade secrets from U.S. companies and had begun targeting firms engaged in research on a COVID-19 vaccine.

Tensions have also flared over Hong Kong, where the U.S. has called China’s imposition of a national security law on the region a violation of the “one country, two systems” agreement by which China was supposed to allow Hong Kong’s semiautonomous status to continue until 2047.

And last week, Pompeo issued an official rejection of China’s maritime claims in the South China Sea, calling them “completely unlawful” and saying Beijing had engaged in a “campaign of bullying.”

It remains to be seen how Beijing will respond to the Houston consulate closure. The Global Times, a nationalistic state-owned tabloid, quickly tweeted a suggestion, citing “experts” who said that shutting down the U.S. consulate in Hong Kong could be a countermeasure. Then it published a poll on Twitter asking which U.S. consulate China would most likely close in retaliation: Hong Kong and Macau, Guangzhou, Chengdu or another.