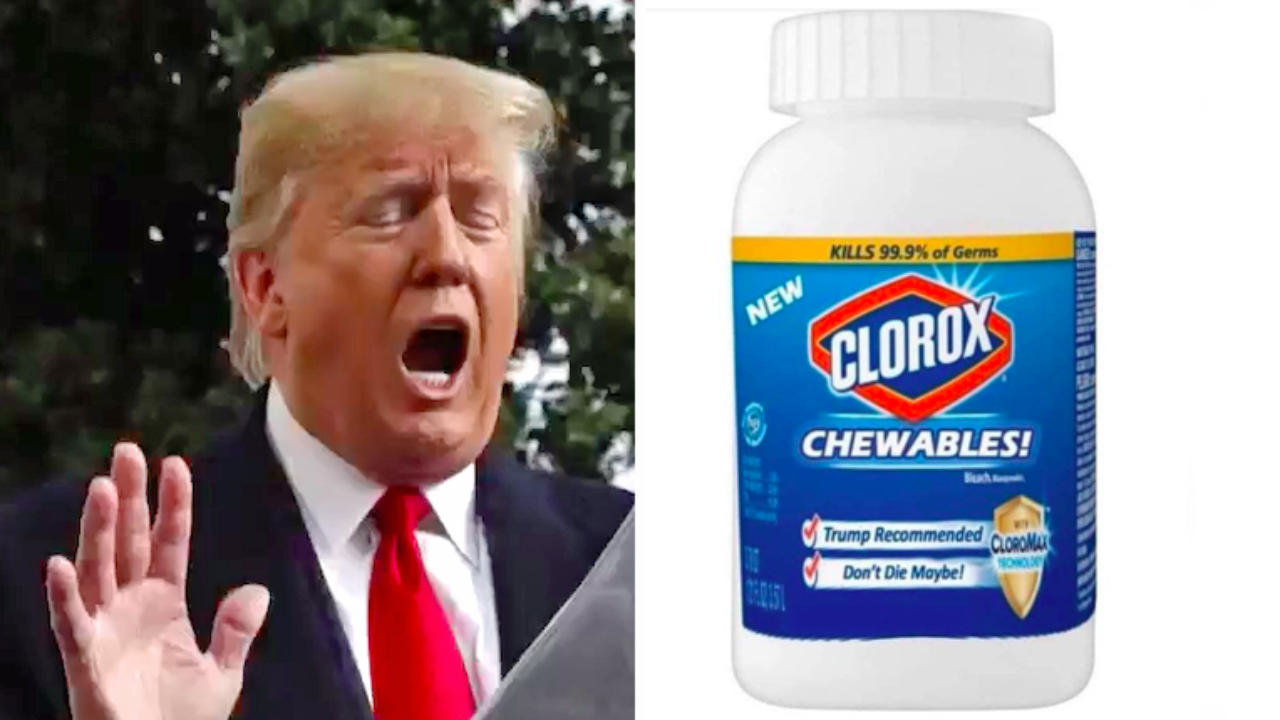 As the US plunges into an ever deeper coronavirus morass, setting record new infection rates and the death curve begins to rise again, there’s no prospect of the nightmare ending for months.

Delusion dominates an administration that perversely claims the United States is the world leader in beating this modern day plague. There are only contradictions, obfuscations and confusion from the federal officials who ought to be charting a national course.

The massive integrated testing and tracing effort that could highlight and isolate infection epicenters doesn’t exist. Attempts to reopen schools in a few weeks are already descending into farce amid conflicting messages from Washington.

Amid all of this, the coronavirus task force does not hold daily briefings, and when it does, they are an exercise in dodging difficult questions and self-congratulation.

Months into the worst domestic crisis since World War II, there is no sense that a fractured country is pulling together to confront a common enemy. People are still arguing about wearing masks — a tiny infringement of personal freedoms that represents one of the few hopes of easing the contagion. The one federal official who does seem to have answers, Dr. Anthony Fauci, has been banished to the podcast circuit by President Donald Trump, who was on Fox News Thursday night boasting about acing a cognitive test as the US hit another daily record of infections — over 60,000 — on a day on which more than 900 new deaths were reported.

He keeps insisting falsely that the only reason the US has more cases is because it is doing more testing — raising questions as to whether he truly understands the situation or is being deliberately obtuse. It’s not as if the 132,000 people who have already died would have lived had they not been tested. Meanwhile, the President jets around the country, including to reeling Florida on Friday, flouting social distancing rules and masking guidelines, leaving a trail of infected Secret Service agents, campaign workers and viral spikes — like in Tulsa, Oklahoma, where he held an indoor rally. This weekend, he’s headed to New Hampshire.

The President’s claim that 99% of Covid cases are harmless is not only false, it’s an insult to the death and sickness left in the wake of the virus — and the lifelong conditions it may have spawned among survivors.

Belated attempts to halt the virus in southern and western states are being hampered by feuds between Democratic mayors who want mask mandates and Republican governors handcuffed by ideology. Mitigation attempts are way behind anyway, after states like Florida, Texas and Arizona sowed a catastrophic wave of illness by ignoring science and throwing open their economies, bars, restaurants and gyms too fast. The price for that haste is not just new infections; there are new job losses in service industries that reopened a few weeks ago amid rampant outbreaks. More are looming in the airline industry with the return to mass travel possibly years away.

US leads the world in cases, deaths

Staggeringly, the United States — the world’s richest nation that has just over 4% of the planet’s population — has a quarter of global cases of Covid-19 and nearly a quarter of the deaths. Intensive care units are filling up across southern and western states. It took the US 99 days to reach one million cases, 43 days to get to 2 million and 28 days to add another million. That’s a horrific rate of increase.

In mid-May, in what were then assumed to be the darkest days of the crisis, the US was recording around 20,000 new cases a day. Now it’s averaging around 60,000. America’s competitors in Europe and Asia and the Pacific endured their own horrors, but have largely been more successful in suppressing infection curves. They are swift to isolate outbreaks, for instance, in Melbourne, Australia, where a six-week lockdown has been imposed.

Americans are banned from traveling to Europe because the pandemic is raging here. And Trump was embarrassed when Canadian Prime Minister Justin Trudeau chose to stay behind the closed US-Canada border this week instead of visiting the White House.

While US medical researchers and corporations are in the vanguard of efforts to find therapies and cures, the US effort to quell the virus’ deadly march represents nothing less than a political debacle that humbled the world’s most powerful nation in the eyes of its allies and those who wish it ill. The massive disconnects between federal and state and local officials are making President George W. Bush’s Hurricane Katrina disaster look like a trifle.

In such circumstances, humility might be expected from the Oval Office, where the buck for such failures used to stop. Instead, Trump is not only saluting himself for a fantastic success, he’s recommitting to the counter-scientific strategies of opening the country at all costs that seeded the latest disaster. His mind, as always, is fixated on Election Day.

“We did it right,” Trump declared in the White House Rose Garden on Thursday, adding a litany of false claims about testing, death rates and overly optimistic predictions of effective treatments for Covid-19 and the possibility of a vaccine “very, very, soon.” Trump’s top aides bristle at any criticism, reflecting how lionizing a President who has navigated states of denial, ignorance, indifference and negligence about the virus is more important than looking reality in the eye.

“Of course the US remains the world leader in the pandemic,” Secretary of State Mike Pompeo insisted on Wednesday.

“As a country, when you compare us to other countries, I don’t think you can say we’re doing great. I mean, we’re just not,” the government’s top infectious disease specialist told FiveThirtyEight’s podcast on Covid-19 on Thursday.

In parts of the country — in New York, New Jersey and Massachusetts for instance — there is some hope that after proper mitigation efforts and a tight hand on the reopening tap the virus can be kept at low levels, at least until a feared winter outbreak. Republican governors in Ohio and Maryland who heeded epidemiology suppressed vicious epidemics. In states and cities where trusted leaders give simple, honest messages, progress is possible.

But the desperate developments exacerbated by the leadership vacuum are shredding hopes that Americans can get back to school, college, work and sports arenas in the coming months — absent some stunning development in therapeutics or vaccines.

It is no secret what has worked inside the US and elsewhere in quelling the virus. Early shutdowns, social distancing, the use of masks and prudent opening plans have helped lower new infections to manageable levels from New York City to Italy. Aggressive testing and tracing operations have kept a lid on the pandemic in South Korea and allowed officials in Singapore and Germany to quickly snuff out hotspots.

There is no sign that such competence will soon arrive in the US. The administration, which has offloaded responsibility for fighting the virus to states, doesn’t appear to have the desire or capacity to build any such system.

Only firm national leadership can plot a route out of the crisis and help states currently heading into the hot zone join those who have suppressed the virus, said Dr. Peter Hotez, dean of tropical medicine at Baylor School of Medicine.

“We just don’t have the leadership to make that happen,” Hotez told CNN’s Wolf Blitzer on “The Situation Room.”

Trump’s constant undermining of advisers has also exacerbated a situation in which people either don’t take the virus seriously or indulge fatigue with lockdowns by letting their guards down.

“If everybody in the administration is saying it’s not safe and we need to do … these things and the President says to ignore all of that advice and do what he says, I just think it’s a mistake that the President’s been making.”

The growing confusion over opening schools is turning into a microcosm of the administration’s failures.

After Trump complained about Centers for Disease Control and Prevention guidelines for safely opening schools on Wednesday, Vice President Mike Pence appeared to indicate they would be replaced, only for CDC Director Robert Redfield to insist on Thursday that they remain in place but may be supplemented. The episode was a classic case of the President’s political pressure creating confusion and rejecting best practices.

The CDC guidelines offer a comprehensive plan for social distancing and barriers in classrooms, staggered learning, smaller class sizes and prohibitions on students mixing outside the classroom. A brief glance at the guidelines explains Trump’s anger. There is no way that in hard-hit cities that are closing bars, limiting big gatherings and other events, it will be feasible for schools to open in even this diminished fashion. The fact that the White House is only now concentrating on the issue — weeks before classes are supposed to resume — is typical of its procrastination on key issues in the pandemic.

“I would say that when we talk about the fall, that seems like a long time,” Trump told Nexstar Media this week while failing to lay out any workable plans for school openings. But he’s still insisting that if kids in Denmark, Norway and Germany can go back to school, then America’s children must too — while ignoring the fact that those countries are not stuck in the middle of their raging peaks of the pandemic.

Administration officials repeatedly point out that children are less susceptible to Covid-19 complications than their elders. They rightly point out the severe emotional, educational and psychological impact on children who have been out of school for months. It’s also true that school shutdowns and consequent childcare issues for parents disproportionately affect lower income families.

But officials never give a straight answer to the question of what happens to teachers who, as adults, are at a higher risk of getting really sick from the virus. There are also no answers for what parents should do to stop their kids coming home from school and infecting them and older relatives. Such omissions are typical in an administration that prefers to avoid thorny questions that might temper its political aspirations.