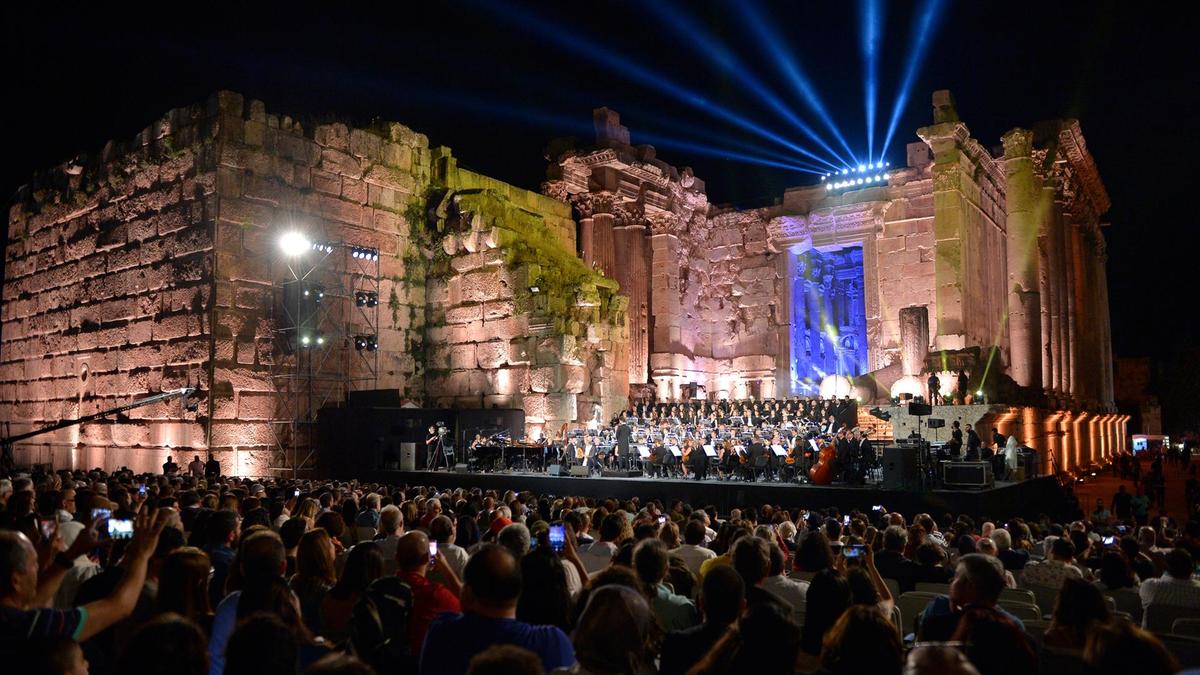 The Baalbeck International Festival will hold a special concert from one of the ancient city’s most prestigious sites this July.

The renowned arts and culture event, held each year in the eastern Lebanese city, will host The Sound of Resilience orchestral concert, to be held at the foot of The Bacchus Temple on Sunday, July 5 to commemorate the centenary of the proclamation of Greater Lebanon.

With safety measures in place by the Lebanese government due to the pandemic, no audience will be present.

Instead, the concert will be broadcast live across major Lebanese television channels.

Regional broadcaster MBC will also stream the the concert on its online platform Shahid, while the festival’s social media accounts will also carry the performance online.

“The Bacchus Temple will harbour history, culture, and arts as the City of the Sun opens virtually its gates for a one-of-a-kind live concert,” announced the festival in a statement.

“The Sound of Resilience will serve as an example for future concerts to be held during the ongoing health crisis.”

The best of Lebanese classical music and choral talent will take the stage for the concert.

The Lebanese Philharmonic Orchestra will be joined by the choirs of the country’s Antonine University, Notre Dame University and Qolo Atiqo, as they perform together under the baton of maestro Harout Fazlian.

While the programme for the concert has not been revealed, organisers promise a repertoire that represents Baalbeck’s cultural and physical positioning as the “crossroads of civilisations”.

The festival also stated that the concert will celebrate the 250th anniversary of Beethoven’s birth, with select pieces from the German composer and pianist.

What is the Baalbeck Festival?

First held in 1955, the annual festival has been a major driver of arts and culture within Lebanon, in addition to being one of the region’s key cultural events.

Over the years, the festival has welcomed legendary performers onto its stage, including Umm Kulthum, Fairuz, Ella Fitzgerald and Joan Baez.

While the event celebrates its 65th anniversary this year, it hasn’t been a smooth ride throughout the decades. The Lebanese Civil War meant the festival had to close its doors from 1975 to 1996. When it returned in 1997, it marked the historic occasion with lavish shows by the Radio France Philharmonic Orchestra, conducted by Marek Janowski, and the Lebanese dance company Caracalla Dance Theatre.