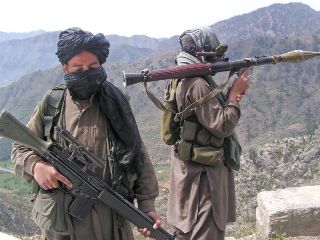 Shiite Afghani militia in Syria , brought in by Iran to support the Syrian regime
Share:

Israeli Prime Minister Benjamin Netanyahu warned Syrian President Bashar al-Assad on Tuesday he would be “risking the future” of his regime if he allowed Iran to be entrenched militarily in his country.

“We will not allow Iran to establish a military presence in Syria,” he told reporters alongside visiting US pointman on Iran policy, Brian Hook.

The two men called for an extension of an arms embargo on Iran, archfoe of both their countries, which expires in October.

“I say to the ayatollahs in Tehran: ‘Israel will continue to take the actions necessary to prevent you from creating another terror and military front against Israel'” in neighbouring Syria, the premier said.

“And I say to Bashar al-Assad: ‘You’re risking the future of your country and your regime,” Netanyahu said.

Israel has launched hundreds of strikes in Syria since the start of its civil war in 2011, targeting government troops, allied Iranian forces and fighters from the Lebanese Shiite militant group Hezbollah.

It rarely confirms details of operations in Syria, but says Iran’s presence in support of Assad is a threat to the Jewish state and that it will keep up such attacks.

“We are absolutely resolved to prevent Iran from entrenching itself militarily in our immediate vicinity,” said Netanyahu.

Hook focused on the arms embargo, put in place as part of a multilateral nuclear accord signed by Tehran, Washington and other major powers in 2015.

A lifting of that embargo would allow Iran “to freely import fighter jets, attack helicopters, warships, submarines, large-calibre artillery systems and missiles of certain ranges”, the US envoy said.

“Iran will then be in a position to export these weapons and their technologies to their proxies such as Hezbollah, (Palestinian groups) Islamic Jihad, Hamas, Shiite militia groups in Iraq and Shiite militant networks in Bahrain and to the Huthis in Yemen,” Hook said.

“The last thing that this region needs is more Iranian weapons.”

The US unilaterally pulled out of the Iran nuclear accord in 2018.

The Shin Bet said journalist Beirut al-Hamud and her husband, Bilal al-Bizari, “were recruiting Israeli citizens to carry out activities on behalf of Hezbollah”, without detailing any specific planned attacks.

The agency said that Hamud had contacts with Hezbollah in Morocco and Tunisia between 2008 and 2012 and had attempted to recruit Arab Israelis in Turkey last year.