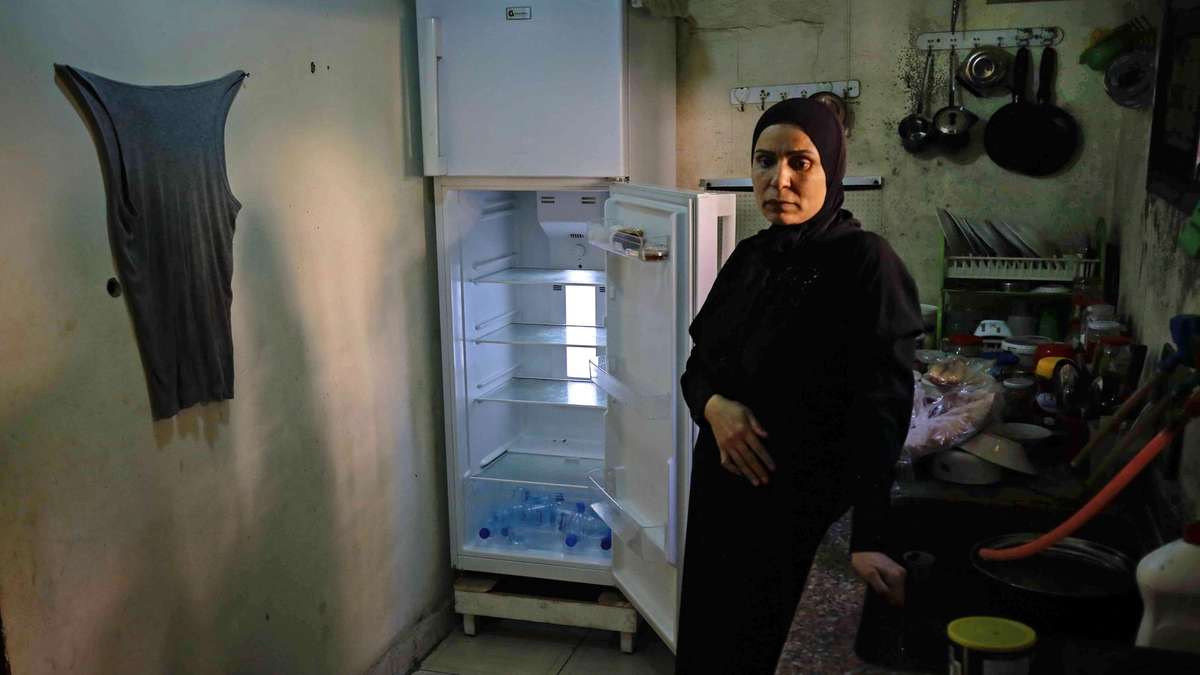 A Lebanese woman displays the content of her refrigerator at her apartment in the port city of Tripoli on June 16, 2020 Mahmoud ZAYYAT AFP
Share:

Lebanon’s economic crisis has led to a collapse of the local currency and purchasing power, plunging whole segments of society into poverty as exemplified by near-empty fridges in many households.

Earlier this year, Lebanon defaulted on its debt and, while the peg to the dollar remains unchanged, the pound has since nosedived on the black market.

In a country so heavily reliant on imports, the blow is huge and thousands of businesses were doomed even before the coronavirus lockdown shuttered the economy.

Prices have soared almost as fast as the currency has plummeted, meaning that a salary of one million pounds is now worth less than $200, instead of almost $700 last year.

The crisis is sounding the death knell of a middle class that is sliding into the half of the population the World bank now estimates lives under the poverty line.

A far cry from the country’s erstwhile image as the “Switzerland of the Middle East” fabled for its nightlife and entrepreneurial genius, a class of destitute Lebanese is emerging across the country.

AFP photographers spent several days in June visiting people’s homes in the main cities of Beirut, Tripoli, Byblos, Jounieh and Saida to ask them how they managed to put food on the table.

Those who accepted to be photographed posed in front of open refrigerators whose bare shelves often hinted at the leanest of diets.

Holding her fridge door open, Fadwa Merhebi explains she already downsized once because she could not afford enough food to fill it up.

Now it contains only a bottle of mineral water and two cucumbers.

“If there were smaller fridges on the market, I would sell this one and buy a smaller one,” says the 60-year-old, who lives alone in a tiny flat in Tripoli.

“At least I could use the money to buy something to eat.”

Information Minister Manal Abdul Samad apologized to the Lebanese people on Wednesday for an economic crisis that pushed many into poverty, saying that “the people are hungry and prices are soaring.”

“I went down to the street Tuesday evening. I talked to the people. I was upset to see the generous people (of Lebanon) suffer like that. The prices are overheating and the people are hungry,” she said in a tweet.

Abdul Samad added: “Some have lost their confidence in the government . I apologize. I am doing my best at my ministry and will be their voice in the Parliament.”