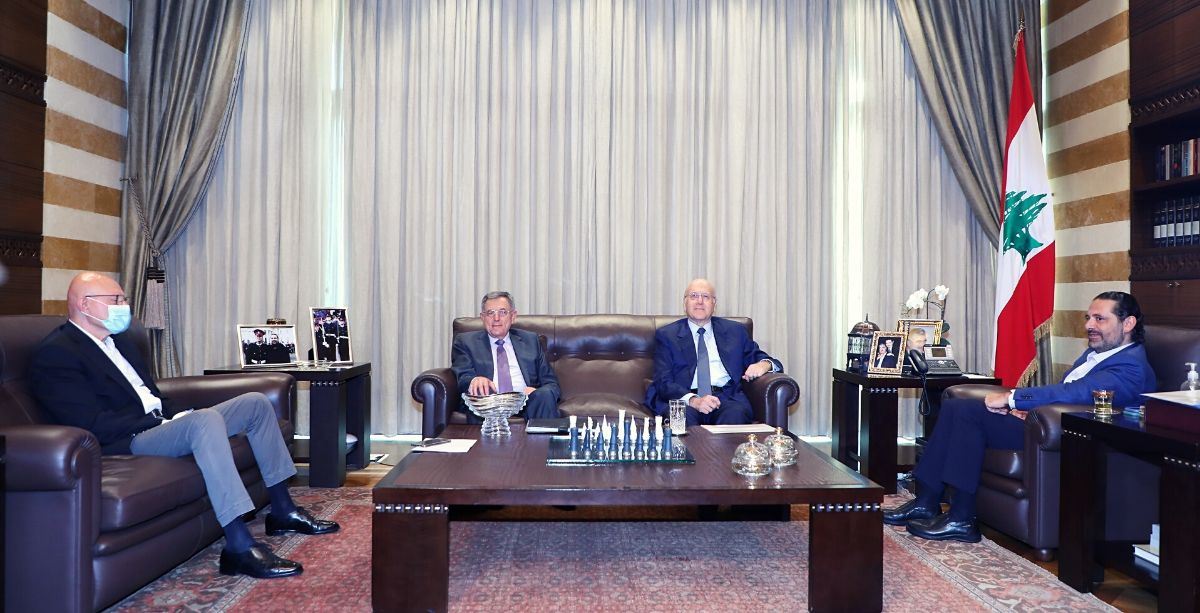 “Our non-participation in the Baabda meeting is a clear objection of the state’s inability to come up with solutions that will save Lebanon,” said the joint statement of four the former premiers – Saad Hariri, Najib Mikati, Fouad Siniora and Tammam Salam.

The former prime ministers said the meeting lacked an agenda and will fall short from addressing Lebanon’s various problems.

On Thursday, the Baabda Presidential Palace will set the stage for the meeting as Lebanon grapples with its most severe economic and financial crisis in decades.

The former premiers also called on Aoun to push for reforms instead of calling for “meaningless” meetings and “blaming others.”

“The primary subject of this dialogue is to improve civil peace, through each of the internal parties assuming their responsibilities,” Aoun said in a statement issued by his press office Monday.

“This is to avoid sliding toward the lowest point and bloodshed, especially after we saw what happened in the streets of Beirut and Tripoli,” he added.

Lebanon has been gripped by civil unrest since October 2019 with protests turning violent on a number of occasions.

Its currency has lost more than 70 percent of its value while banks implement informal capital controls.

Officials are currently in talks with the International Monetary Fund to secure a bailout package but chances of success are very slim, since the IMF is also insisting on the implementation of reforms before approving any aid .