Alex Saab in Cape Verde pending extraction to US 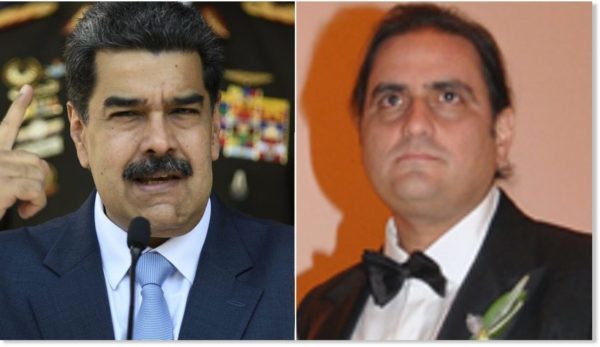 PRAIA (Reuters) – Cape Verde can hold a businessman who is close to Venezuelan President Nicolas Maduro frontman with Hezbollah ties was arrested at the weekend for up to 40 days pending an extradition request from the United States, a court in the West African nation ruled late on Sunday.

Alex Saab ( also known as Ali Hassan Saab,  Alexei Saab, or Rachid) , a Colombian national who Maduro’s government said was on a mission to secure food and medicine, was arrested on the island of Sal on Saturday as a plane taking him and others to Iran stopped to refuel.

Cape Verde prosecutor José Landim told CV National Radio before the court hearing that a country asking for an extradition had 18 days to make the formal request but that the period could be extended to 40 days.

State television in Cape Verde showed Saab, in handcuffs, being escorted into a building by two policemen.

A police source in Cape Verde said Saab was the only person detained when the private jet stopped to refuel on Sal, one of the most popular tourist destinations on the archipelago, some 670 km (420 miles) off the West African coastline.

The plane had come from Venezuela and continued to Iran without Saab, the police source said.

U.S. and Cape Verdean authorities said Saab was detained after an Interpol red notice had been issued for him. The United States has charged him with money laundering and imposed sanctions on him.

Venezuela, which has called the arrest an “arbitrary detention”, said Saab was travelling as an “agent” of the state on a work trip to secure supplies to help the country tackle COVID-19.