Biden’s biggest fear: ‘ Trump is going to try to steal this election’ 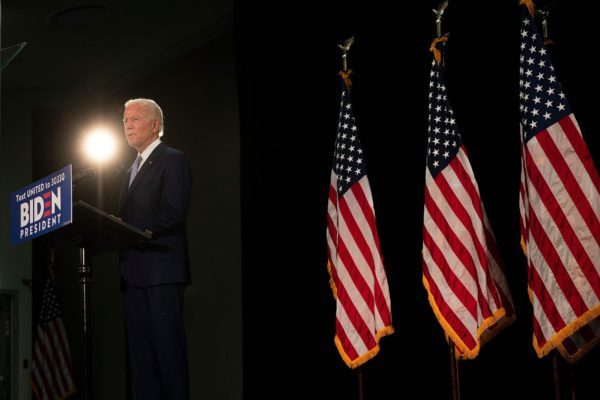 WASHINGTON — Joe Biden said Wednesday night that his greatest concern is whether everyone’s votes will be counted in November as he warned that President Donald Trump may try to “steal” the presidential election.

In an interview on “The Daily Show,” host Trevor Noah asked the former vice president what the plan is to ensure everyone has the opportunity to vote without being in a line that’s six hours long as many people in Georgia experienced during Tuesday’s primary.

Biden noted that the president has repeatedly cast doubt on the legitimacy of mail-in ballots even though Trump himself took advantage of the process to vote in Florida earlier this year.

“This is a guy who said all mail-in ballots are fraudulent, voting by mail, while he sits behind the desk in the Oval Office and writes his mail-in ballot to vote in the primary,” he said.

Biden added that many states have passed legislation making it harder for people to vote and said that his campaign is putting together a team of lawyers to go to every district in the country and patrol the election.

Asked if he’s considered what would happen if Trump lost the election and refused to leave the White House, Biden said, “Yes, I have.”

He then spoke about the former high-ranking military officials who slammed Trump for how aggressively he responded last week to protests over George Floyd’s death, using the National Guard to force peaceful demonstrators from outside the White House.

“I am absolutely convinced they will escort him from the White House with great dispatch,” Biden said if Trump loses the election and refused to leave.

Weeks before the 2016 election, Trump continued to argue that the election would be “rigged” against him and refused to say whether he would accept the results, only saying that he would keep the country “in suspense.” Even after he won the election, Trump repeatedly claimed, without evidence, that millions of people voted illegally for Hillary Clinton.