Pope Francis begs in Milan street, his cassock in tatters 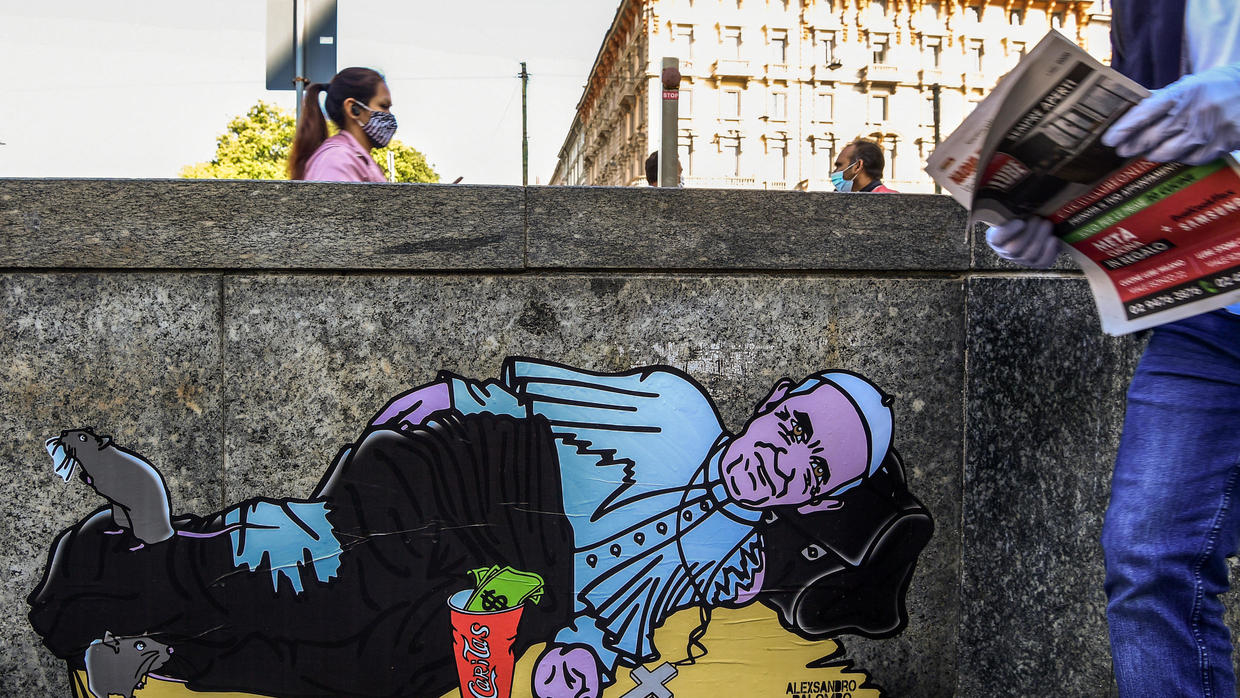 On a street in Milan, the capital of Italy’s Lombardy region, which has been hit particularly hard by the coronavirus pandemic, Pope Francis begs for alms, his cassock in tatters.

In another, the Argentine pontiff lies on a cardboard mattress, his famous black briefcase under his head as a pillow. Next to him someone has stuffed banknotes into a red cup reading “charity”.

Palombo said his works were a call for solidarity in the face of a sharp rise in poverty caused by the coronavirus lockdown and a pandemic that has officially killed some 32,000 people.

Last month, the Organisation for Economic Cooperation and Development forecast that 27 percent of Italians could fall into poverty were they to forego three months of income, in a report based on 2018 data.

“Today, more than ever, we need to be aware of the needs of others, of those who are going through or are about to go through a moment of extreme need,” he said in a statement.

“Each one of us can make a difference by helping the most fragile families, and all those who have now fallen into poverty. This is the time to understand that the future is about generosity and solidarity,” he said.

Palombo, 46, who has lived in Milan for 30 years, is renowned for colourful, reflective and irreverent works and uses satirical art to raise awareness of social and cultural issues.

Among his most important works are “Disabled Disney Princesses” and “The Simpsons Go To Auschwitz”.