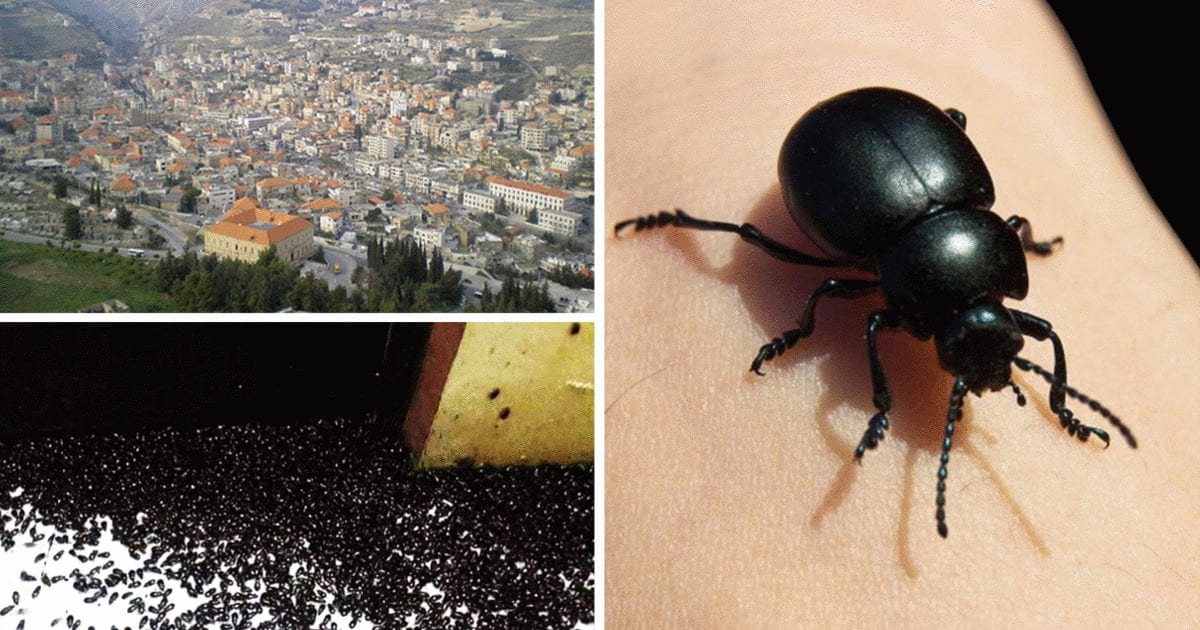 Large swarms of insects, including beetles and cockroaches, invaded early Friday morning a number of Lebanese villages and camps for displaced Syrians in eastern Lebanon.

A media source in the Bekaa governorate told Xinhua that these insects spread suddenly in the city of Baalbek and many other nearby villages.

They also appeared extensively in the camps of displaced Syrians in the town of Arsal and the adjacent fields.

The source assured that Bekaa’s governor and the Ministry of Health have ordered municipalities to cooperate with the civil defense to combat the insects by spraying pesticides.

Suhail Raad, official at the Environmental Committee in Baalbek Municipality, said that the process of combating these insects was launched on Friday morning and it will continue until the elimination of this problem.