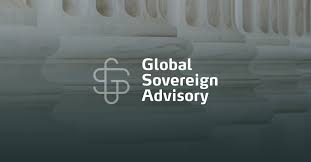 Lebanon’s banking lobby hired Global Sovereign Advisory to represent them in debt restructuring talks with the government, crafting a competing approach as authorities begin negotiations with the International Monetary Fund for a $10 billion loan program.

Paris-based boutique bank GSA, founded by a former Rothschild & Co. banker, will prepare a comprehensive economic and financial plan, in addition to its role in the debt negotiations, according to the Association of Banks in Lebanon. GSA replaces Houlihan Lokey, which was hired earlier this year for the restructuring talks. ABL’s legal adviser is DLA Piper.

Asked to share the burden under the government’s rescue program, Lebanese banks are looking to counter some of the proposals with a plan of their own. Many lenders fear for their survival given the possibility that $20.6 billion of shareholder capital will be wiped out under the government’s approach, which was approved earlier this month.

One of the world’s most indebted nations is set for talks with the IMF, looking for a loan to help it implement fiscal reforms, including the restructuring of both local and foreign debt, and an end to Lebanon’s currency peg, introduced in 1997.

The government defaulted on $30 billion of Eurobonds in March and is now seeking to hold talks with bondholders, mainly local banks, to revamp its debt. Lenders had repeatedly urged the government to pay back creditors to maintain its unblemished track record of never defaulting on its debt.

The central bank, also known as Banque du Liban, has incurred losses of about $34.5 billion, mainly from the so-called financial engineering it began conducting in 2016 to boost its reserves. More than half of banks’ capital is parked at the central bank as a result of the operations, and losses on them could reach around $53 billion, according to government estimates.

Under a government-proposed plan, there would be a full bail-in of existing and preferred shareholders that would represent an $8.8 billion capital write-off. Other liabilities, excluding deposits, would be written off. The remaining $44 billion could come from the conversion of deposits into capital, tradeable equity stakes or a so-called deposit recovery fund.

The plan also envisages new five banks with an equity of $200 million, half of which would be in new dollars. They would be created after the restructuring of the banking sector and would focus on working with the private companies.

Banks hold about $13 billion in Eurobonds and $18 billion in Treasury bills, which the government also seeks to restructure.

GSA is an independent firm advising states and state-owned enterprises on economic, financial and policy issues. Its founder is Anne-Laure Kiechel, a former partner at Rothschild & Co., where she was in charge of the investment bank’s sovereign advisory group. The firm is currently consulting about 20 countries around the world.