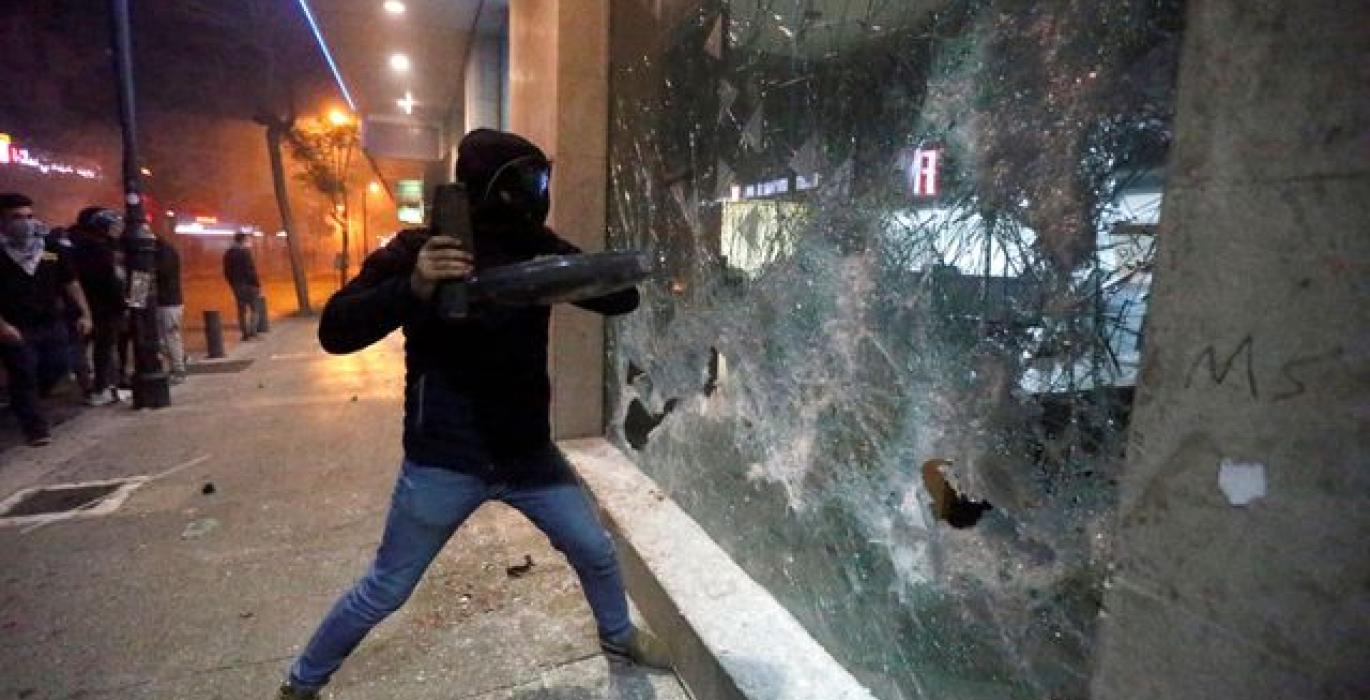 As cash runs short at Lebanon’s banks, so has the patience of depositors. Hit by restrictions on withdrawals, some are taking extreme steps, occupying branches and in one case taking an employee hostage, to squeeze what they can from their accounts.
Share:

BEIRUT, Lebanon — Flawed policies and sudden shocks have thrust Lebanon into its worst economic crisis in decades, with its currency collapsing, businesses shutting, prices for basic goods skyrocketing and the threat of hunger looming for its poorest people.

“They come to sell because they need to eat,” said Ali Sabra, a gold merchant in Beirut who pays cash to families selling dowries and wedding rings to buy food.

“This time you sell your gold,” Mr. Sabra said. “What will you do next time?”

Lebanese have long stood out in the Middle East for not letting political upheaval or civil violence get in the way of enjoying the finer things in life. Night clubs and hotels stayed open though wars, and while the tap water was undrinkable and the electric grid unreliable, even the middle class could afford nice clothes, low-paid maids from Ethiopia or the Philippines and occasional foreign vacations.

Underlying that lifestyle was a longstanding government policy that kept the value of the Lebanese pound pegged to the U.S. dollar, allowing the Lebanese to interact seamlessly with the world economy.

But that system has unraveled in recent months, fueling an economic collapse that has been exacerbated by a government-imposed lockdown aimed at stopping the spread of the coronavirus. Analysts warn that the downturn could pauperize the middle class, making it that much harder for the country to recover.

“There are many sins and many sinners,” said Roy Badaro, a Lebanese economist. “The sins of the past have to be paid for today and in the future, so there is a distribution of pain to cover the costs.”

The result will be, he said, “a serious downgrade in lifestyle.”

Lebanon’s economic problems have been building for years. A nation of 5.4 million on the Mediterranean with a variety of religious sects and large groups of Syrian and Palestinian refugees, Lebanon has long suffered from internal conflict and spillover from the wars afflicting its neighbors. Its historically weak government has relied on increasing amounts of debt to pay its bills, while failing to carry out reforms that could have bolstered its economy or unlocked international aid. That has made it the third most indebted state in the world, and rampant corruption has further siphoned funds from state coffers.

The immediate breakdown was a nationwide shortage of dollars. Since Lebanon produces almost nothing for export, the country’s primary source of dollars has been large deposits from wealthy investors in the central bank, which were needed to maintain the link to the Lebanese pound.ImageFood distribution in Tripoli, Lebanon.Credit…Diego Ibarra Sanchez for The New York Times

To keep those investments coming, the central bank offered ever-higher interest rates for large deposits, whose yields could be covered only by newer deposits at even higher rates.

That strategy, which analysts have likened to a state-sponsored Ponzi scheme, ran out of gas last year when new depositors suspected the policy was unsustainable and stopped coming. Soon, the real dollars in the bank were far short of the theoretical dollars that had been earned in interest on previous deposits.

That shortage has now hit individual Lebanese account holders, whose banks have either limited dollar withdrawals or stopped handing out dollars altogether. At the same time, the Lebanese pound has lost about two-thirds of its value on the black market, further burdening the lives of people who once moved easily between the two currencies.

The pain for average citizens is clear in the depositors lining up outside banks, often wearing face masks and standing in the sun, to see whether they can withdraw any of their own money.

“My salary no longer has any value,” said Mirna Haddad, 54, an accountant waiting in line outside a Beirut bank last week.

While her salary in Lebanese pounds was modest, she had always been able to easily convert it into dollars to, say, buy a car or take occasional family trips to Greece. Now, that money is worth less, and her bank will not let her transfer it abroad to her son, a university student in France.

“Our whole life is going to change,” she said

Nearby stood a sales director for an events management company, Ghassan Nawfal, who said all but two of his company’s 30 employees had been put on unpaid leave. The two who remained were earning only half salaries — for now.

Behind him was Fouad Tawk, 53, who had retired after 24 years in the Lebanese Army with a pension that used to be worth $800 per month. Now it is worth just over $200.

“The pound went from the sky to the ground,” he said.

Mr. Tawk said he was struggling to make up the shortfall by doing carpentry work, which was hard to come by, and farming land in his village, although the prices of imported agricultural supplies have risen as well.

“We used to be OK between the pension and the land, but now it has all collapsed,” Mr. Tawk said.

The crisis will fall hardest on Lebanon’s poor.ImageSearching for food on the streets of Beirut.Credit…Diego Ibarra Sanchez for The New York Times

In November, the World Bank warned that the portion of Lebanon’s population living in poverty could increase from 30 percent to 50 percent if the government did not act swiftly. But that was before the currency crash and the coronavirus pandemic hit, making matters worse.

Last month, Human Rights Watch warned that millions of Lebanon’s residents, including more than one million Syrian refugees, were at risk of going hungry during the coronavirus lockdown if the government didn’t come to their aid.

Desperation has made the country’s protests more violent. Bank branches have been bombed and burned, and one protester was recently killed in the northern city of Tripoli after the security forces opened fire with rubber bullets and live ammunition.ImageAntigovernment protesters clashing with security forces in the northern city of Tripoli.Credit…Diego Ibarra Sanchez for The New York Times

The crisis has struck blows at historic institutions. Two hotels that survived the country’s 15-year civil war have announced that they are shutting their doors, and the president of the American University of Beirut, one of the Arab world’s top universities, sent a letter to faculty and staff last week to prepare them for “perhaps the greatest crisis since the university’s foundation in 1866.”

In an interview, the president, Fadlo Khuri, said the university had to figure out how to protect the purchasing power of faculty whose salaries have been effectively reduced by the currency crash, as well as help students struggling to pay tuition.

But Dr. Khuri’s greater fear for Lebanon was that the crisis would impoverish the middle class and prompt a new wave of migration by the very people the country needs to rebuild its economy.

“The middle class is becoming day after day poorer and poorer,” Dr. Khuri said. “Some of the best and brightest are not just immigrating, but this time they may permanently turn their backs on this country.”

The government has struggled to stop the tailspin

In March, it failed to make a $1.2 billion payment for foreign bonds, the first such default in Lebanon’s history. Its economic recovery plan, released on April 30, said the economy was “in free fall” and that Lebanon would seek $10 billion in aid from the International Monetary Fund. But previously promised aid has never arrived because Lebanon has failed to make progress on the funders’ required reforms.

Even if some version of the government’s plan is eventually enacted, the benefits could take years to reach people like Abu Haytham Sirhal, a vegetable merchant who buys in dollars and resells in Lebanese pounds and has watched his already thin profit margin disappear.

“I have never witnessed anything like this in Lebanon’s history,” said Mr. Sirhal, 80. “This is the worst period ever.”