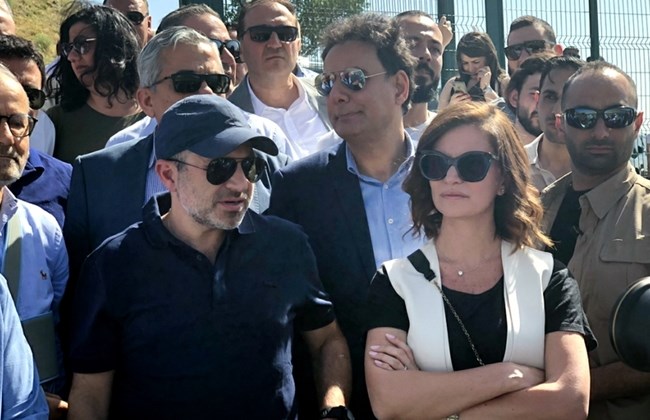 Former Energy Ministers Nada Boustani and Mohammad Fneish are set to appear in court today to testify in a case involving the import of tainted fuel to Lebanon.

Boustani, who is a member of the Free Patriotic Movement (FPM) a political party that was founded by president Michel Aoun , and Fneish, a Hezbollah affiliate, will testify as witnesses in the case against the ZR Energy Company, which imports gasoline and fuel on behalf of the state.

The company’s offices in Beirut were raided and shut down by the Information branch of Lebanon’s Internal Security Forces last week after hidden documents were unearthed, prompting Mount Lebanon Prosecutor Ghada Aoun to launch an investigation into the import of tainted fuel, according to a report by the Daily Star.

A legal complaint on the import of tainted fuel sources was submitted to Aoun by lawyer, and member of the FPM political party, Wadih Akl. Leading to the arrest of 21 employees from the Energy Ministry and ZR Energy, including senior members of the company, the Daily Star reported.

The tainted fuel was reportedly discovered onboard a “Baltic” ship in March, according to a tweet by Boustani. The shipment was then used at the Jiyeh, near the southern city of Sidon, and Zouk, north of Beirut, power plants, which, according to a report by Lebanese daily Al Akbar, are not currently operating as a result.

ZR Energy reportedly started bringing in the tainted fuel after winning tenders, launched by then-Energy Minister Boustani, to import 150,000 tons of gasoline and 180,000 fuel oil for the Lebanese state in November.

Boustani launched the tender after a series of strikes by fuel sector businesses over dollar shortages and rising exchange rates. This was because fuel and gasoline importers demand payment in dollars, while Lebanese fuel companies sell the products on the local market for national currency.

Businesses owners must then exchange Lebanese currency for dollars, at a higher exchange rate, to pay importers, pushing profits down. At the time, Boustani said the new imports, which would be sold to companies in exchange for Lebanese pounds, would prevent fuel shortages and avoid unsustainable price inflation.

ZR Energy is registered in Dubai and owned by Lebanese businessmen Teddy and Raymond Rahme, both of whom are stakeholders in several Lebanese banks.

Raymond is currently implicated in two further lawsuits in the region. One over the death of American arms dealer Dale Stoffel, who was assassinated in 2004 in Iraq, where Raymond allegedly acted as a middle man between Iraqi Defence Ministry officials and Stoffel’s company.

Second, in a lawsuit filed by Kuwaiti logistics firm Agility, and French telecoms company Orange, for mismanagement and the misappropriation of millions of dollars, Reuters reports.

Update the following video exposes the secret fuel file that was signed by former minister Mohammad Fneish and the corruption in Lebanon . Journalist Salem Zahran talks about the secret file during TV interview