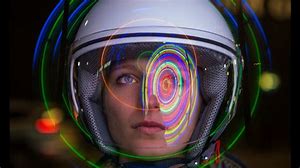 If you want your mind read, there are two options. You can visit a psychic or head to a lab and get strapped into a room-size, expensive machine that’ll examine the electrical impulses and blood moving through the brain. Either way, true insights are hard to come by, and for now, the quest to know thyself remains as elusive as ever.

Kernel, a startup based in Culver City, Calif., says it aims to transform brain science from an esoteric art to a big business. It’s found a way to shrink the machines used by researchers and make them cheaper. In an interview with Bloomberg Businessweek, Kernel unveiled for the first time a pair of devices—basically helmets—that can see and record brain activity, enabling scientists to more easily analyze neurons as they fire and reveal more about how the mind works. “This triggers a new era of access to the mind and the ability to ask all sorts of new questions about ourselves,” says Bryan Johnson, the company’s founder and chief executive officer. (Kernel will not reveal the helmets to the public until later this year.)

Johnson, 42, doesn’t have a typical résumé for a brain researcher. He made several hundred million dollars in 2013, when PayPal Holdings Inc. acquired his digital payments startup Braintree and its Venmo subsidiary for $800 million. Johnson spent a couple of years deciding what to do with his fortune before settling on brain science as his next venture. He founded Kernel in 2016 and put $54 million toward it, hiring 80 people with expertise in fields ranging from neuroscience to lasers and chip design. Until now, the team has operated largely in secret.

We know precious little about how the brain works, but technology companies hope to figure it out. Neuralink Corp., a startup backed by Tesla Inc. CEO Elon Musk, showed off prototype brain implants last year. The company found a way to insert tiny wires into the brains of mice and primates that can analyze information about the workings of the mind. Neuralink says it plans to put the technology into humans and eventually create an information swap between brains and computers. Facebook Inc. is also researching the field of brain-machine interface, or BMI, and last year acquired CTRL-Labs, a pioneering company in the field of reading motor neuron signals.

There’s no shortage of science fiction that shows how such technology might go wrong. Companies such as Facebook and Google already do questionable things with our clicks. Giving them a direct feed into our synapses could be a profoundly bad idea. “Like any technology, this can be abused,” says Christof Koch, the chief scientist at the Allen Institute for Brain Science. “No question about it.” For his part, Johnson says he created Kernel with the aspiration of helping humanity solve some of its biggest problems. “I hope we can graduate past trying to addict each other to digital systems,” he says. “We want our customers to come to us with objectives that improve people.”

He’s optimistic that people who have suffered from paralysis and strokes could use Kernel’s devices to communicate just by thinking of words. Those dealing with paranoia or anxiety may get access to brand-new therapies. “Most brain studies are so hard to do that you look at only a handful of patients,” says Koch, who has tried Kernel’s machines. “If it now just requires a helmet, I can look at 200, 2,000, or even 20,000 people.”

Scientists and doctors already have some tools to study brain activity, but the equipment is expensive, costing upward of $1 million, and highly trained technicians are needed to run it. Some require extremely cold temperatures to operate or confine patients inside a large machine. “They are, for the most part, very difficult to use,” Koch says.

Companies such as Kernel want to make it easier for scientists to study the mind, and there’s potential for these devices to become mainstream in the future. One day consumers might be able to track brain metrics such as anxiety, creativity, even self-deception, just as Fitbits and Apple Watches monitor steps and heart rates.

Kernel had initially planned to develop implants, since they provide direct access to neurons, aka brain cells, and deliver the clearest signals. But Johnson has doubts as to how many people want to surgically add a computer chip in their head. This led Kernel to focus on developing a removable helmet.

The team built a system dubbed Flux, which measures electromagnetic activity, and another called Flow that pulses the brain with light to gauge blood movement. Engineers spent years perfecting hardware that blocks outside interference, as well as custom microchips for processing signals and software algorithms that analyze brain activity. Bit by bit, Kernel took things that started out as room-size contraptions and shrank them to the size of bicycle helmets covered in sensors. It also found ways to let people move and act more naturally while they’re being monitored, instead of being strapped to a machine and forced to sit still. “What is revolutionary here is not the fact that you can do it, but how quickly and inexpensively it can be done—and with so few constraints,” says Koch. “It lets people do experiments vastly easier and gets you much more direct access to the brain.”

Johnson estimates that the first devices will cost several thousand dollars each to manufacture, but he expects the price will come down over time and be in line with high-end, mass market consumer electronics products. Kernel, though, doesn’t plan on selling the hardware until late next year. In the meantime, it’s going to offer results to scientists or customers through something the company calls Neuroscience as a Service. Kernel will work with customers to set up studies, reviewed by an outside ethics committee, and then recruit paid volunteers, analyze their brains at its offices and send back the results. Companies such as Spotify and Headspace, say, might try to use the results to improve their music and mindfulness services, while a politician might test a speech to see what emotions its elicits.

Steve Aoki, the DJ and music producer, recently tried one of Kernel’s helmets. He calibrated the machine for a couple of minutes by listening to recordings of speech and music, and Kernel’s software went to work analyzing his brain activity. Next, a technician began playing different Aoki songs for the musician. A computer—unaware of the tracks being played—was able to tell which song he was listening to by looking at Aoki’s brain activity. “That blew my mind,” Aoki says. “I started to get chills down my spine and my arms.”

Kernel has run other experiments like this where it can detect any song someone is listening to just by observing their brain, a sort of Shazam for the mind. The company is calling this technology Sound ID. Aoki, who donates money to various brain research causes, plans to use the data in his work. “I want to know if this kind of technology will make me more effective as a producer,” he says. “I want to have the deepest, most meaningful connection possible with my audience. I think this will be exciting for a lot of artists.”

It’s the promise of a flood of new brain data that excites Johnson the most. He likens the Kernel devices to the arrival of fast, cheap gene-sequencing machines that made it possible for thousands of people to study DNA. “We can measure pretty much everything in the known universe, from black holes to atoms to calories,” Johnson says. “The only thing we can’t measure is our brains and our minds, which is what makes us ‘us.’ It’s this blind spot we have.”