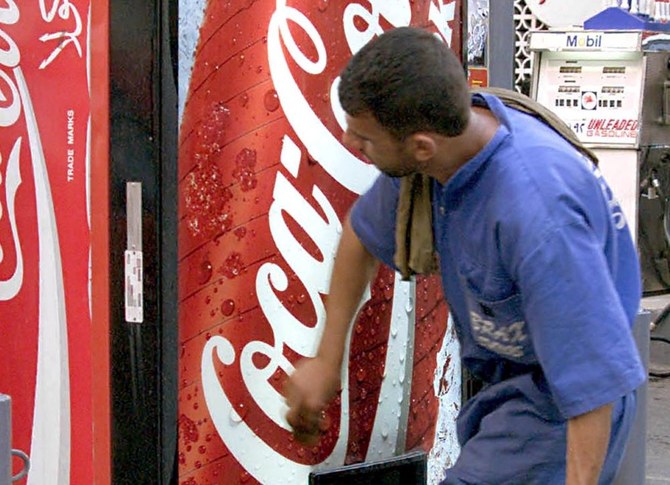 Coca-Cola’s young fans may have to shift their loyalty to PepsiCo , the older generation has done it before and that was in in 1967 for completely different reasons . Knowing Coke they will try to come back like they did before (AFP file photo)
Share:

DUBAI: Coca-Cola spirit has fizzled out in Lebanon and would be shuttering its operation on May 31 as prospects from the country’s continuous economic decline remained gloomy.

“You have all become certain that the company has been experiencing critical challenges and difficulties, yet was able to overcome some of them although it recorded an accumulated set of losses,” National Beverage Company (NBC), Aujan said in a statement.

NBC, the beverage maker’s distributor in Lebanon, said the critical economic situation has forced it to make the difficult decision. With the closure of operations, all of Coca-Cola’s products, including Sprite, Fanta and Diet Coke would also be affected.

“Due to the current deteriorating economic conditions in the country, which paralyzed the economic activity, especially the process of importing raw materials for industrialization and making bank transfers abroad,” the company said in statement.

The Lebanese government on Thursday agreed on an economic reform roadmap, paving the way for negotiations with the International Monetary Fund and other international partners and possibly free up pledges that have been pending since 2018.

Coca-Cola fans could however opt to shift their loyalty to rival PepsiCo who is keeping its operations in the country and could benefit its products such as 7-Up and Miranda with the impending cessation of Coca-Cola operations in Lebanon.