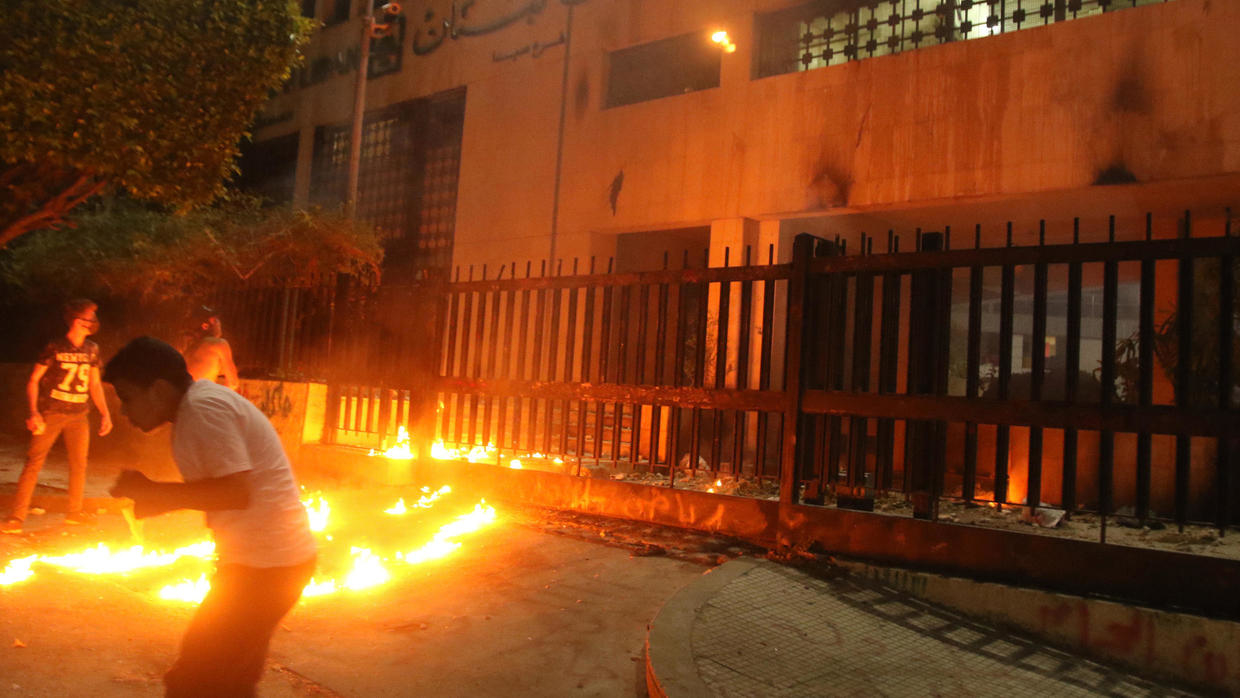 The Lebanese government on Thursday approved a long-awaited plan to rescue the debt-saddled economy from its worst crisis in decades, following a fresh wave of angry streets protests.

A lockdown to fight the coronavirus pandemic has added to the economic woes besetting the country, which include soaring inflation, a liquidity crunch and a plummeting currency.

Demonstrators in northern Lebanon have attacked banks and clashed with security forces for three consecutive nights, re-energising a protest movement launched in October against a political class the activists deem inept and corrupt.

The government unanimously approved the economic plan after minor amendments, the presidency said on Twitter following a cabinet meeting in the presidential palace in Baabda.

Details were unclear but Prime Minister Hassan Diab was expected to reveal more during an address to the nation at 5:30 pm (1430 GMT).

President Michel Aoun called it a “historic day” for Lebanon.

“It is the first time the government approves an economic-financial plan after the country was almost driven to ruin because of the lack of planning,” he said in comments carried by the official National News Agency.

Diab said that the “practical plan that includes an economic vision for the future of Lebanon” will put the country back on track.

Leaks on the economic plan to Lebanese media suggest the country needs $80 billion in funds to exit the crisis, including $10 to $15 billion in external financing in the next five years.

Planned reforms reportedly include cuts to state spending and a restructuring of the public debt, one of the highest in the world at 170 percent of gross domestic product (GDP).

International donors have said that such reforms are necessary for Lebanon to unlock financial assistance, including $11 billion in grants and loans pledged during a 2018 conference in Paris.

Thursday’s announcement followed another night of violence in northern Lebanon.

The army clashed again with protesters angered by soaring inflation and an unprecedented devaluation of the Lebanese pound which hit a record low beyond 4,000 to the dollar this week.

Protesters in the city of Tripoli pelted rocks at soldiers who fired tear gas and rubber bullets to disperse crowds.

The violence left 42 people wounded, including 19 soldiers, according to NNA.

“My salary is barely enough for me and my small family,” said Alaa Khodr, a 34-year-old protester from Tripoli, who fears he may lose his job at an NGO “at any moment”.

The government’s reform plan has done little to quell his worries, he told AFP.

“Previous governments have approved many plans” and “we are now at a stage at which few solutions are viable,” he added.

On Monday a man was killed after being struck by a bullet fired by a soldier in clashes in Tripoli.

In the southern port city of Sidon, demonstrators threw Molotov cocktails at bank branches and offices of the central bank overnight.

Lebanon is grappling with its worst economic turmoil since the 1975-1990 civil war, compounded by measures to tackle a novel coronavirus outbreak that has infected 721 people and killed 24.

The Mediterranean nation has been rocked by a series of political crises in recent years.

The demonstrations had largely petered out after a new cabinet was tasked earlier this year with implementing urgent reforms to unlock billions in international aid.

But protesters have hit the streets again in recent days in defiance of the lockdown, railing against the slump in the pound and rocketing inflation.

Prices have risen by 55 percent, while 45 percent of the population now lives below the poverty line, according to official estimates.

The government has yet to request financial assistance from the International Monetary Fund, which has so far only provided technical assistance.

Experts have lobbied in favour of an IMF bail out which they say is the country’s only escape route from its current slump, but some officials remain wary of the world body.

The government in March defaulted on its sovereign debt for the first time because of dwindling foreign currency reserves.