Syria ends school early , but students, will advance to next grade 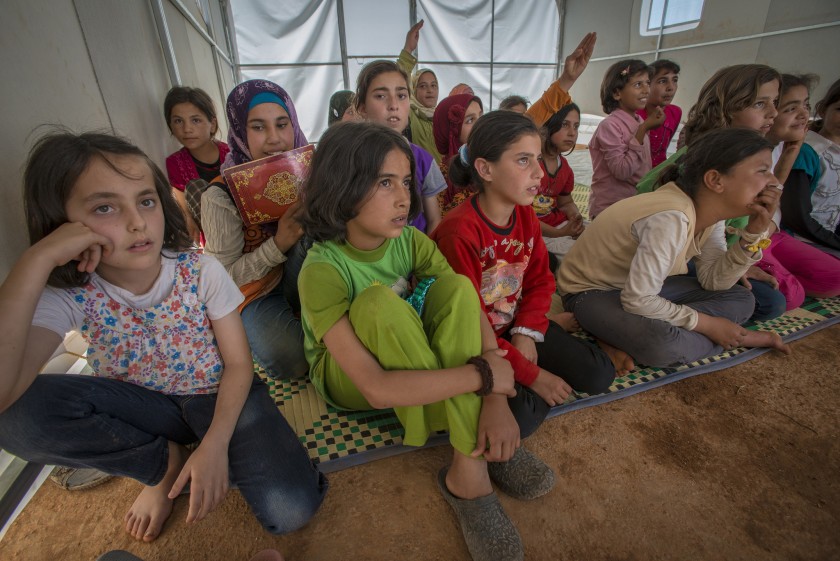 Children in a makeshift school run by the IRC at the Karameh displacement camp in Syria’s Idlib Governorate.(Peter Biro / IRC)
Share:

More than four million students in Syria confined at home due to the coronavirus will not resume classes this year but will advance to the next grade, the government said Sunday.

The decision was taken weeks after schools were closed in mid-March to combat the spread of the virus, leaving many students and teachers to adapt to distance learning.

“All primary and secondary school students will move on to the next class,” the government announcement said, according to state news agency SANA.

Brevet and baccalaureate examinations — usually taken at the end of secondary school and high school respectively — will still be sat by 557,000 students, according to the education ministry.

The government will increase the number of exam centres to ensure “distance” between students, SANA reported.

But daily power cuts that can last for hours and capped, costly household internet have posed challenges to distance learning efforts in the country wracked by war since 2011.

Universities will remain closed at least through the end of the holy month of Ramadan in late May, according to SANA.

Damascus has officially reported 42 cases of COVID-19 and three deaths from the disease in government-controlled territory.

Authorities have adopted a series of measures to stem the spread of the virus, closing shops and restaurants as well as imposing a strict curfew and movement restrictions.