Would Lebanon Survive the ICU? 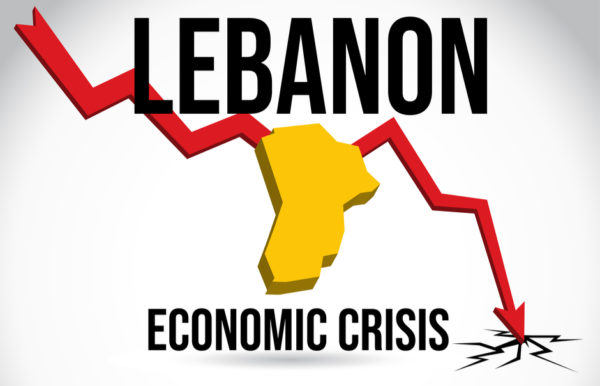 It is not a secret that Lebanon has been in the Intensive Care Unit for a while and its chances of making a recovery are looking less and less promising. Numbers do not tell a lie and they have been flashing the probability of a fatal outcome for years. Unfortunately, our politicians have consistently refused to acknowledge the truth and pretended that all is fine. Had they taken action , as they should have, and had they not passed the utterly irresponsible policies of illegal hiring, huge pensions, unsustainable external debt, sky high irresponsible interest rates, corrupt practices and a fixed peg then Lebanon would not have been bankrupt and most importantly the future for the youth would not have been as dark.

One of the issues that many are preoccupied with is whether Lebanon is to seek funding and assistance from the IMF. Some, have reservations about going to the IMF, not because they do not agree with its conditions for a loan but because what they think the conditions might be. That is a weak argument. One has the right to reject the terms that are to be imposed by a lender but only once these conditions have been enunciated. To reject a potential life line based on only presuppositions is not acceptable.

So what is the condition of the patient (Lebanon) and what does the IMF propose?  Luckily for us IMF did issue a detailed 62 page report, less than 6 months ago, in which the economic condition of Lebanon was described explicitly. The report even concluded with some suggestions for a recovery path. I am confident that the IMF has not changed its mind substantially over the past few months despite the fact that the report was written prior to the Coronavirus crisis which made things more difficult. The timing of this IMF report could not have been better. If for nothing else, it has collected and presented economic data from the past and made projections to 2024 in practically every single important economic variable whether it be trade related or BDL policy. Those of you who are interested can read the whole report. I will provide a link at the end of this column.

In the interest of space and time I would like to highlight in this column only two things: Balance of Payment and BDL’s financial engineering.

Many politicians spare no moment without talking about the balance of trade, as if this deficit is something new. Lebanon has never ever had a surplus in its balance of trade but yet has managed to grow and prosper for many years. This idea of concentrating on the trade deficit is disingenuous to say the least. No one would expect a small country as Lebanon that does not have any major extractive industries or any substantial manufacturing know how to export more than it imports. Lebanon has to import most of what it consumes from energy, to cars, machinery, food, medicine, planes… That is not a problem and never has been. This is only part of the Balance of Payment which is a double entry bookkeeping method for all international transactions between one country and the rest of the world. This BoP must always balance. It is like a check book. What that simply means, is that when one part of this BoP has a deficit then another part should have a surplus. Lebanon has always managed to more than cover its trade deficit through a surplus on its capital account. Simply stated funds from foreign investment and remittances by Lebanese working abroad create a surplus that is adequate to pay for the deficit generated by merchandise trade. The capital surplus is not equal exactly to the trade deficit each and every year. When the capital inflow is larger than the trade deficit reserves increase and when the reverse is true they decline. The current Lebanese problem is that the deficit from trade is much larger than the capital inflow and so the reserves have continued to decline.

The remedy to the above is simple in principle. Reduce the trade deficit and or increase the capital inflow. But note the difficulty in achieving the above. Imports have grown substantially because the fixed peg kept the prices of imports low while it made Lebanese exports more expensive. There is no automatic mechanism to bring about a smaller deficit, in the absence of a floating currency. The other side of this problem, increasing the surplus generated by capital inflow was again mishandled. FDI, Foreign Direct Investment, flows into countries that are politically stable and economically vibrant, two things that have been alien in Lebanon for decades. This left the country with one alternative only, encourage more and more capital remittances from Lebanese working abroad. In an attempt to make deposits in Lebanon more attractive we started increasing the interest rates. Unfortunately these rates were raised and then raised again to stratospheric levels. How can a bank pay depositors say 15% without incurring losses. Simple. Loan the deposits to BDL at say 20%. But where does BDL get the money to pay such rates? It is a Ponzi scheme.

As regular readers of these columns know I have been highly critical of BDL. Allow me to share with you some of the judgement from the IMF report regarding BDL. Please pay attention to the words that they use. It is apparent, to my eyes , that they are trying very hard to maintain civility in their critique of a set of policies that border on the absurd.

“The BDL has continued to use unconventional financial operations to attract inflows and support the peg… For example, for each new deposit at BDL in USD, a bank would earn… the opportunity to borrow a larger amount in LBP at 2% and re-deposit at BDL at 10.5% for 10 years”. If there is an easier wat to book profits, I have not heard of it. What the above means is that BDL would lend  fictitiously, a bank $10 million at 2% and take it immediately back from the bank at 10.55% guaranteeing the borrower $3.6 million profit on a virtual transaction.

I believe that the reader must be also made aware of another critical shortcoming that has contributed to the current Lebanese financial crisis, the double digit annual fiscal deficits submitted and approved by the consecutive Lebanese governments. That kind of spending is the height of irresponsibility by a political class that claims that government decisions are taken unanimously. There cannot be a bigger indictment of the whole political class than this statement.