Forget all you know about the origin of Coronavirus . It is China but not Wuhan 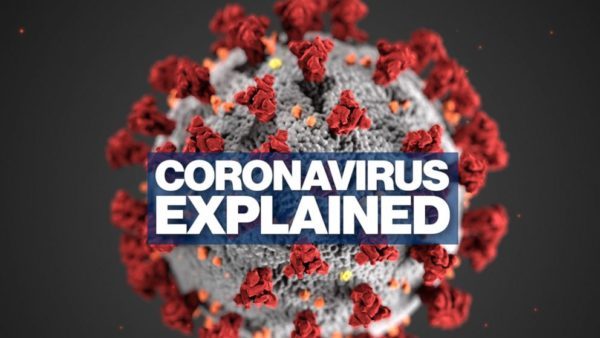 The origin of the coronavirus outbreak may have been outside of Wuhan, China, and the deadly respiratory disease may have started as early as September, months before it was initially believed to have begun to infect humans

A team of scientists led by geneticist Peter Forster, from the United Kingdom’s University of Cambridge, is carrying out research to discover the origin of COVID-19. On April 8, 2020, the research team published a paper titled, “Phylogenetic network analysis of SARS-CoV-2 genomes” in the Proceedings of the National Academy of Sciences journal.

The paper, which has not been peer-reviewed, examined the first 160 strains collected after late December. The scientists “expanded the database to include 1,001 high-quality full genome sequences released by scientists across the globe.”

The team analyzed the strains using a phylogenetic network, which is a “graph used to visualize evolutionary relationships (either abstractly or explicitly) between nucleotide sequences, genes, chromosomes, genomes, or species.”

Forster and his colleagues, including scientists from the Institute of Forensic Genetics in Munster, Germany, calculated that the original coronavirus outbreak occurred between Sept. 13 and Dec. 7.

“Then, it started infecting and spreading among humans between Sept. 13 and Dec. 7, generating the network we present in [the journal] Proceedings of the National Academy of Sciences,” Forster stated.

According to the Chinese government, the first known coronavirus case was traced back to Nov. 17, 2019. The patient was a 55-year-old from the Hubei province, which has Wuhan as its capital.

There is data from the Centers for Disease Control and Prevention, as well as state and local health departments in California, that suggest that the coronavirus may have infected Americans as early as December, weeks earlier than previously believed.

“Sars-CoV-2, the virus that causes COVID-19, originated from bats. It has been found to share 96 percent identical genes with a coronavirus isolated by Chinese scientists from bat droppings in the southwestern province of Yunnan in 2013,” according to the South China Morning Post.

There were hundreds of mutations between Sars-CoV-2 and the one in Yunnan. But coronavirus usually only undergoes one mutation per month. Scientists started counting the mutations, which caused them to suspect that the virus may have been spreading in host animals and humans for years until the virus eventually evolved into a deadly pathogen that could infect humans.

“The virus may have mutated into its final ‘human-efficient’ form months ago, but stayed inside a bat or other animal or even human for several months without infecting other individuals,” Forster said on Thursday.

Forster also said that a consistent mutation rate is “admittedly unlikely to be the case, and the time estimate could therefore be wrong.”

There was a report this week that had several sources claim that the coronavirus originated from China’s first Biosafety Level 4 lab at the Wuhan Institute of Virology and not a wet market.

Forster was asked if he thinks that COVID-19 emanated from the virology laboratory in Wuhan, China.

“If I am pressed for an answer, I would say the original spread started more likely in southern China than in Wuhan,” Forster said.

The research of the 1,001 coronavirus genomes allowed scientists to categorize COVID-19 into three types: A, B, and C. Type A is the most genetically similar to the coronavirus found in bats, and is believed to be the original human virus genome.

The scientific research said, “A was not the virus type found in most cases in Wuhan, the city in China where COVID-19 was first identified. Instead, most people there had type B,” as reported by Newsweek.

The research found that the disease possibly originated from Guangdong, a Chinese province about 500 miles south of Wuhan. That is where seven of the 11 isolates were type A.

“These case numbers are small because few genomes are available for the early stage of the outbreak, before the Chinese New Year travel pre-January 25 would have started mixing patterns up geographically,” Forster said.

Mutated versions of type A were found in patients from the U.S. and Australia. Type C, the “daughter” of type B, was discovered in early cases in Europe, South Korea, Singapore, and Hong Kong, but the scientists did not find this version in mainland China.

Forster confessed that they don’t have all the data, and the sample size is small. He stressed that in order to be able to paint a clear picture as to where the coronavirus originated, more analysis was needed, especially of “bats, possibly other potential host animals, and preserved tissue samples in Chinese hospitals stored between September and December.”

“This work may provide some important clues to future investigations, but the conclusions should be treated with caution,” Forster said.