Dr. Fauci downloads on Trump , lives could have been saved if shut down earlier 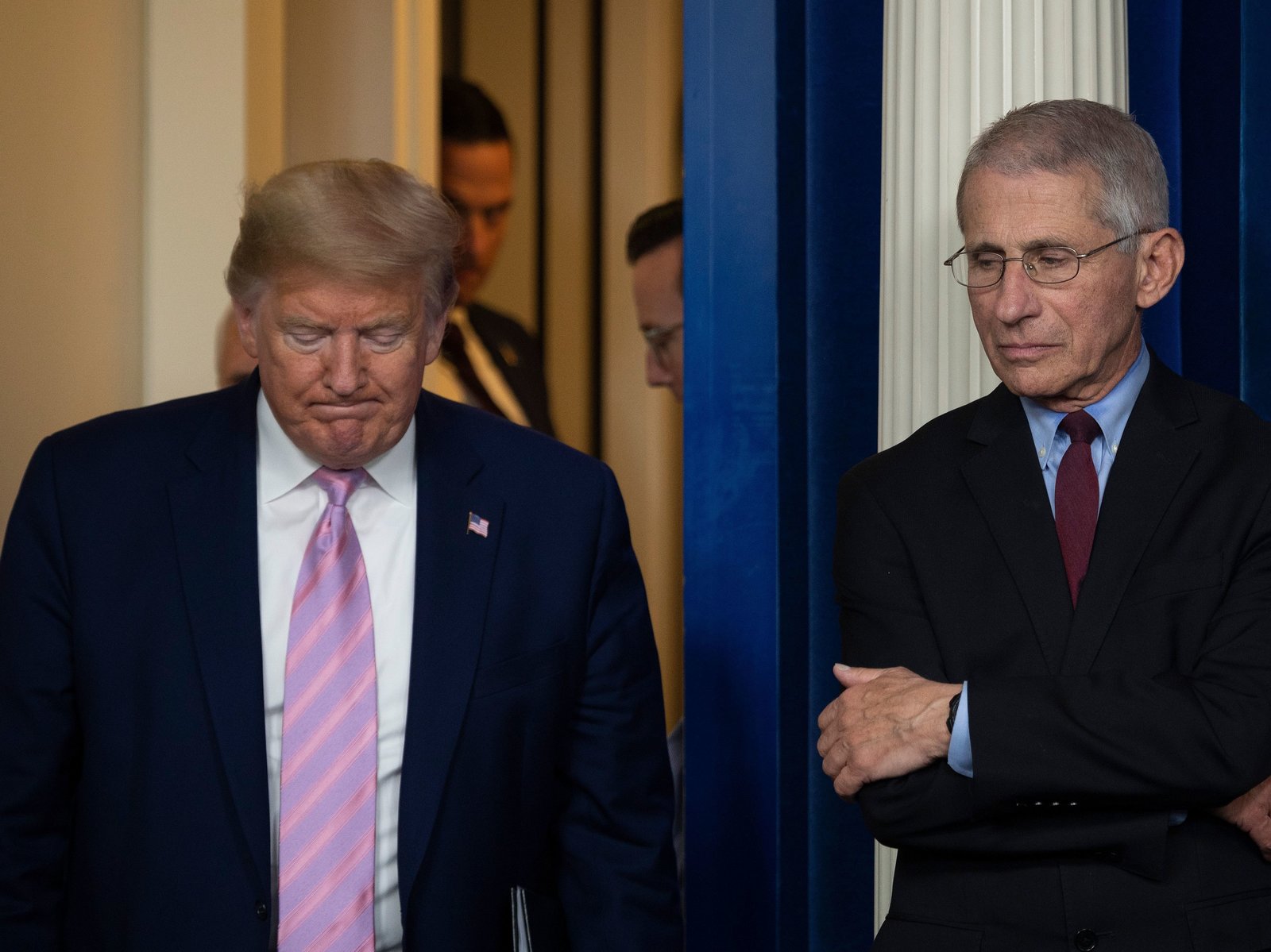 WHITE House coronavirus expert Dr Tony Fauci today said lives could have been saved if US had been shut down earlier.

Speaking on CNN, the immunologist said the US could start to re-open next month, but warned of a second deadly wave in the fall.

During the interview, Fauci revealed that the government had been advised to begin social distancing measures in February.

“We look at it from a pure health standpoint,” Fauci said. “We make a recommendation, often the recommendation is taken, sometimes it’s not.

Fauci was then asked if lives could have been saved if stay at home measures had started in February, rather than almost a month later.

“Obviously you could logically say that if you had a process that was ongoing and you started mitigation earlier you could’ve saved lives, obviously,” he replied.

“No-one is going to deny that.

“But there was a lot of pushback about shutting things down back then.”

The US on Saturday overtook Italy for the most coronavirus deaths reported worldwide.

Fauci was pressed multiple times by anchor Jake Tapper on when the US might start to lift isolation restrictions.

He eventually said the country might be able to begin to open up next month, but said a “rolling re-entry” would have to happen and it was not a one-size-fits-all approach.

“It’s not going to be a light switch,” he said. “It will depend on where you are in the country.”

Fauci expressed a “cautious optimism”, pointing out that the admissions into ICU units in New York, the worst hit state, had started to flatten.

“It’s started to turn a corner…it’s cautious optimism that we are seeing that decrease.

“Once you turn that corner, hopefully we will see a very sharp decline.

“Then you can start thinking about how we can keep it that way and prevent it from re-surging.”

Trump has yet to directly respond to Fauci’s comments, but he he did post a tweet Sunday with a clip of the doctor being interviewed on Fox News that attacked information coming out of China and the World Health Organization early in the pandemic.

If the Fake News Opposition Party is pushing, with all their might, the fact that President Trump “ignored early warnings about the threat,” then why did Media & Dems viciously criticize me when I instituted a Travel Ban on China? They said “early & not necessary.” Corrupt Media!

In the interview with Jesse Watters, which aired Sunday morning, Fauci addressed his seemingly contradictory advice. He had told Americans in February that there was no need for concern and a lifestyle change was not necessary.

“The Chinese were saying first it [the virus] was only going from an animal to a human, and then when there were human to human cases, that it was inefficient,” he told Watters.

“When it became clear not only is transmitted efficiently from human to human, but that it is very very contagious… and a high degree of morbidity and mortality, it became clear we were in for a problem.”

Fauci said he had warned the government America was dealing with a volatile situation.

“[My advice was] we could not take the chance that we would just let people get infected and think that there would be no very serious consequences,” he said.

“People who were young, even though they did not necessarily get ill, clearly would be the vectors to transmit it to the people who were highly vulnerable.

“How do you cut that off? The best way to do it is to have a physical separation.”

On Saturday, Trump declared the US economy would see a “tremendous surge – like a rocket ship” once coronavirus lockdowns are lifted and people return to work.

He made the prediction after hitting back at claims he saw a memo from White House trade adviser Peter Navarro back in January warning that two million Americans could die from coronavirus.

Earlier, Trump slammed The New York Times over a report which cited unnamed sources who claimed the president did not listen to early warnings about an impending pandemic.

“When the Failing @nytimes or Amazon @washingtonpost writes a story saying “unnamed sources said”, or any such phrase where a person’s name is not used, don’t believe them,” he tweeted.

“Most of these unnamed sources don’t exist. They are made up to defame & disparage. They have no ‘source’…” he added.

Speaking to Fox’s Jeanine Pirro on Saturday night, Trump said the decision over when to start re-opening the country will be the “toughest that I will ever have to make”.

He added: “I’ll be basing it on a lot of very smart people, a lot of professionals – doctors and business leaders.

“There are a lot of things that go into a decision like that.

“And it’s going to be based on a lot of facts and a lot of instinct also. Whether we like it or not – there is a certain instinct to it.

Trump said he will be making a decision “reasonably soon” and he is currently setting up a team of leaders from a range of fields.