Developed countries suffered the most from coronavirus: Dr. Ghassan Karam explains why 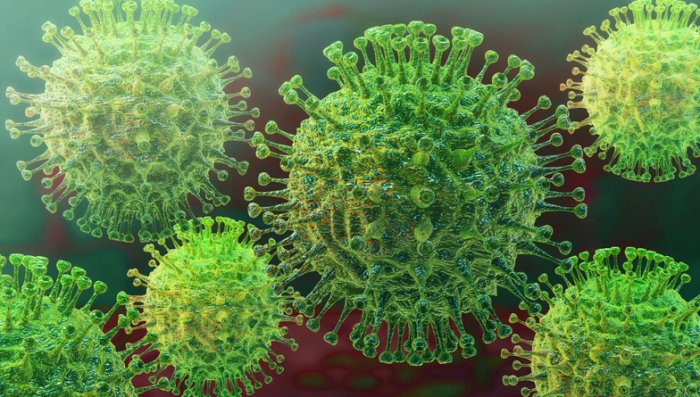 A nearly 100-year-old vaccine against tuberculosis appears to have imparted some kind of protection against COVID-19 with two studies demonstrating that nations with a BCG vaccination program report nearly ten times less number of pandemic patients.. Most of the European countries including Italy, Spain and France, as well as the USA do not offer BCG as a part of their national immunization schemes. They are now among the worst affected with thousands of deaths
Share:

What explains the fact that the Coronavirus has inflicted more sufferings among the developed countries? Two things: Av. age and Tuberculosis vaccine.

This is the final and definitive iteration of my attempt to explain as convincingly as possible the fact that a virus is an equal opportunity harm giver. It is not influenced by Race, and wealth.

The highest death rates by far, have taken place among industrial countries that have easier access to all resources than their developing counterparts , a fact that is exactly the opposite of what common sense would have suggested.

A simple scatter diagram in logarithmic scale established that the outcome of this pandemic conform closely to the above expectation.The log graph of GDP per capita in nominal terms against death rates for about the 60 countries with the greatest coronavirus casualties showed very clearly a linear positive relationship; the death rate increased substantially for countries with a relatively high GDP per capita.

Once the data corroborated the expectations we had to find an explanation for such totally unanticipated results. We settled on two possible explanations. WHO, CDC and other such healthcare institutions kept on warning older people to be more cautious since most of the victims of the virus were over the age of 60. It was also suggested that many of the younger people who get infected experience often mild reactions only. These common and popular characteristics of the potential victims led us to test the relationship between the death rate and age. Data about average age of the population for a 102 countries was collected As one might expect it became obvious that in practically each developed country the average age was in the low 40″4 while in most developing countries it was in high 20’2 and low 30’s. Some countries, essentially African ones, had an average age in the high teens. This was enough evidence to convince us that this variable should be subjected to more rigorous testing. That we did by choosing age as a variable. The other prospect was that of whether a country has universal Tuberculosis vaccination program? A quick look at a world map made it obvious that probably the association between BCG and death rates in industrial countries is worthy of being also rigorously tested. The Tuberculosis map indicated that only 18 countries have either never had a universal vaccination requirement or did at one time but they no longer do. The countries that had no Tuberculosis vaccination were those of North America, most of Western Europe, Sweden, Israel, Ecuador and Australia. All other had universal Tuberculosis vaccination requirements.

At this stage we were ready to crunch the data. We decided to apply a Multiple regression analysis on the data using a Dummy variable where D=1 for countries with no BCG and D=0

D: dummy as described above

A: av. demographic age per country

b and c coefficients

Conclusion:The ultimate results are almost identical with those obtained yesterday , prior, to adding the age variable except for the fact that this is a superior explanation of the deathrate premium exercised on industrial countries.

It is hugely important not to think of the above as a model to be applied to individual countries since each of the 102 countries war represented only by a set of 3 variables. This model attempts to explain rationally whether the actual deathrate experiences so far, in this pandemic is influenced by BCG and age. The answer appears to be a strong affirmative one. Note that the absence( none use of BCG) of universal Tuberculosis vaccine increases the death rate by almost 4 in a 100,000 population in an older country. It is also clear that as Age increases so does the death rate; every 13 years age increment increase the death rate by 10 for every million all other things being equal.