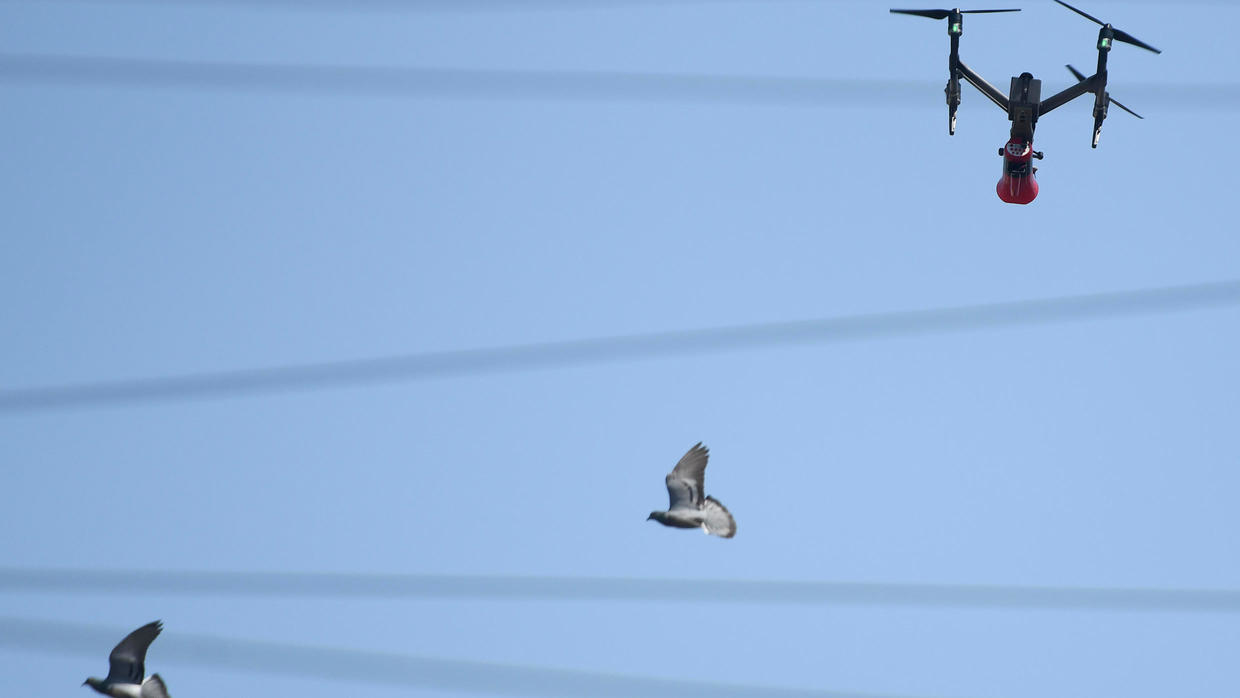 Drones have been used elsewhere in the world to combat the novel coronavirus, such as in India, where the pictured drone was deployed in the city of Chennai Arun SANKAR AFP
Share:

Jordan has declared five deaths and 323 cases of COVID-19 and says it has arrested at least 1,600 people for violating a nationwide curfew in force since last month.

“The armed forces and security services will ensure the curfew is being respected by using modern technology such as drones and surveillance cameras,” Minister of State for Information, Amjad al-Adayleh, told a press briefing late Saturday

In neighbouring Israel, where the pandemic has seen a flurry of new technologies emerge designed to contain transmission, authorities are also using the unmanned aircraft.

Israeli police said Sunday that teams in the northern coastal city of Naharia were using drones to patrol the beachfront area and enforce movement restrictions.

A police spokesperson said that the force had also been using the technology in other parts of Israel in response to the pandemic.

Several states in the oil-rich Gulf have embraced drones in the fight against COVID-19.

Kuwait, which has largely locked down the country, sent drones to the skies in mid-March to broadcast messages in multiple languages urging people to return to their homes.

Later in the month, in the United Arab Emirates, police were using drones equipped with a loudspeaker in the emirate of Sharjah to order people to stay home, while police in Dubai have taken similar steps.

The drones were giving instructions in several languages, including Arabic, English, Urdu, Hindi and Bengali.

Expatriates make up over 80 percent of the UAE population.

In Saudi Arabia, municipal authorities have deployed drones to measure the body temperature of shoppers in Buraidah, in the north-central Al-Qassim region, the state-run Saudi Press Agency reported in late March.

And in Oman, authorities have used the aircraft to reduce gatherings in public places in the capital Muscat.

Qatar, meanwhile, announced on Thursday that it was carrying out a drone-based “awareness drive” that targeted foreign workers, just ahead of the Islamic weekend.

The move came after images of what appeared to be foreign nationals praying on the roof of apartment buildings in a Doha suburb the previous weekend were published by local media.

Ninety percent of Qatar’s 2.75 million people are expats, and many are from developing countries.

“The messages were announced in different languages to stay away from social gatherings and not to leave home except for necessary purposes.”

Qatar has officially reported three deaths and 1,325 cases of COVID-19.

A densely populated working class district southwest of the capital Doha known as the Industrial Area has been under strict lockdown since mid-March, with residents prohibited from leaving, after a number of coronavirus cases were detected there.