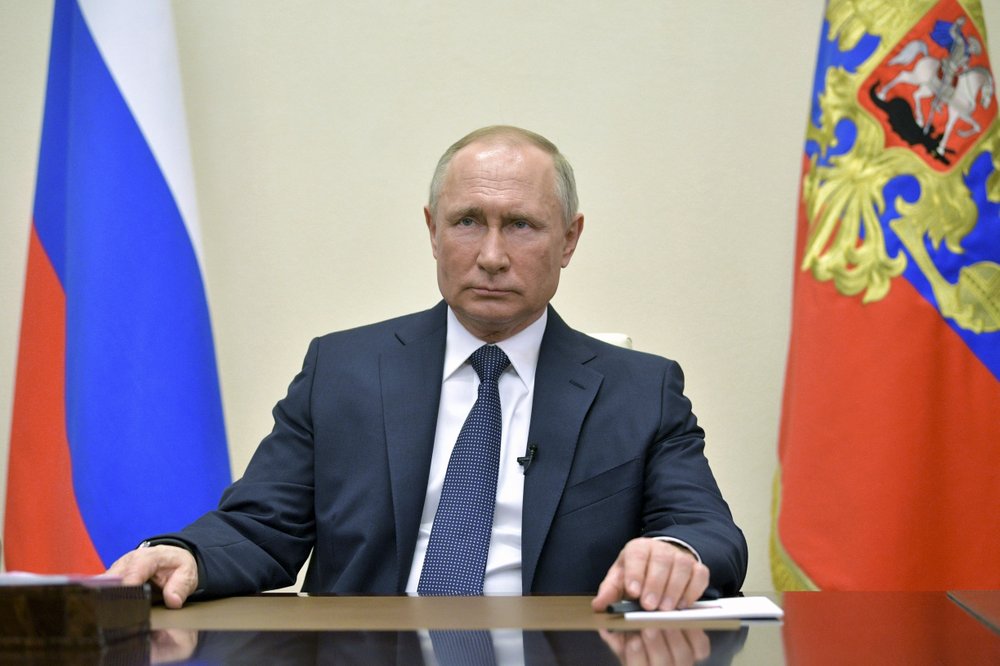 MOSCOW — President Vladimir Putin on Thursday ordered most Russians to stay off work until the end of the month as part of a partial industrial shutdown to curb the spread of the coronavirus.

Speaking in a televised address to the nation on Thursday, Putin said he was extending the non-working policy he ordered earlier for this week to remain in force throughout April. He emphasized that all employees should continue earning their regular salaries during the period.

He said Russia’s virus-prevention strategies have bought time and helped slow down the outbreak but also warned that the number of cases will continue climbing.

“The threat remains, and experts believe that the epidemic is yet to reach its peak in the world, including our country,” Putin said.

The Russian leader said that along with protecting the public’s health, it’s also important to protect people’s incomes and prevent a spike in unemployment.

“An efficient and stable economy is key to solving our tasks, including in the health care system,” he added.

Putin said it would be up to regional authorities to decide which sectors should keep working in their areas, “depending on the situation, what kind of regime is enforced, and what organizations could continue working.”

In Moscow, which has about two-thirds of all known virus cases in Russia, the mayor introduced a strict lockdown that is to be enforced through electronic surveillance.

Most other regions of Russia followed Moscow’s example, but some areas so far unscathed by the epidemic have applied more lax rules.

Russian officials registered 771 new cases on Thursday, a 43% increase from the previous day, bringing the country’s reported total to 3,548 with 30 deaths.