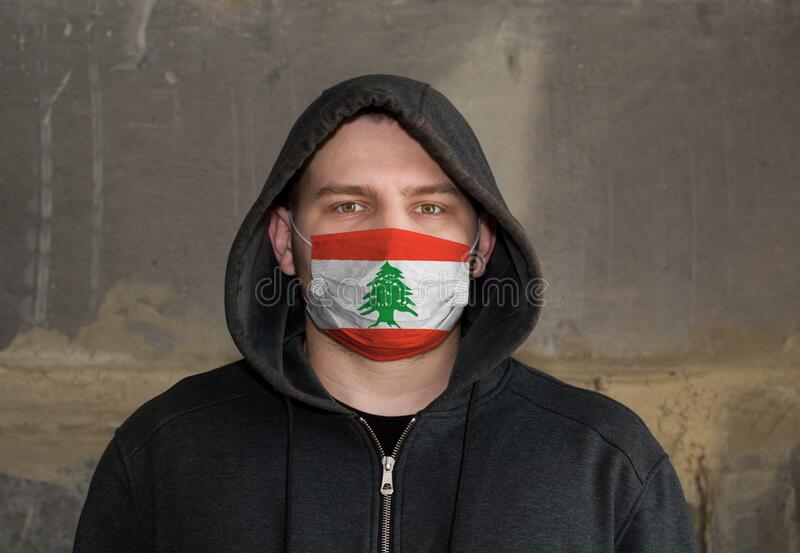 BEIRUT: Lebanon is facing at least another two weeks of lockdown to bring the coronavirus crisis under control, a leading health official told Arab News.
Dr. Abdul Rahman Al-Bizri, an infectious disease specialist and member of the emergency committee on coronavirus, said that the Lebanese health system could handle the outbreak “as long as people continue to practice preventive measures seriously.”
His comments came as the number of virus fatalities in the country rose to 10 on Sunday following the deaths of two patients, both in their 80s. Both victims were suffering from chronic illnesses and died in separate Beirut hospitals.
According to the Ministry of Health, the number of confirmed virus cases climbed to 438, an increase of 26 from Saturday, while the number of people in quarantine increased to 1,074.
Health ministry figures show that coronavirus infection extends across all age groups
Al-Bizri urged people to follow curfew guidelines and self-isolate where necessary.
“We have not been able yet, through epidemiological surveillance, to know where 10-15 percent of the cases caught their infection. But it is not frightening as long as we still practice preventive measures seriously,” he said. Home quarantine orders are in place around the country, while security services are also monitoring a curfew at night following government moves to curb the spread of the virus.
Meanwhile, the government is facing growing pressure to bring back Lebanese expatriates stranded abroad after Lebanon closed its air, land and sea crossings on Feb. 20 as part of measures to counter the pandemic.
Most of those seeking to return are in African countries where the outbreak was limited when Lebanon shut down its airports.
However, the Lebanese Ambassador to Rome, Mira Daher, said that Lebanese students in Italy “do not want to return and none of them is infected with the virus.”
Students are remaining at home, but want banking procedures eased to allow their families to send money, he said.

The campaign to help expatriates return has been led by Parliamentary Speaker Nabih Berri, who warned that he may suspend participation in the government and set a Tuesday deadline for Lebanese airspace to be opened to allow expatriates to fly home.
Lebanon’s Prime Minister Hassan Diab has refused to reopen the airports, saying Lebanese abroad had been given a time limit to return before the airspace was closed.
The government is expected to make a final decision on Tuesday regarding expatriates’ return, although it is unknown how many will want to return at their own expense. Al-Bizri told Arab News that “if these Lebanese are getting medical care where they reside, it is better that they do not come to Lebanon, but if medical care is not available to them, no one should prevent them from returning.”

He ruled out a return of expatriates in under two weeks and said that any repatriation should happen in stages to avoid overtaxing the health system.
The Amal Movement, headed by Berri, said that a hotel in Marawaniya, in the south of the country, would be equipped as a health isolation center for expatriates.
MP Ziyad Aswad, from the Free Patriotic Movement, criticized calls for expatriates to be returned.

“More than four weeks into the anti-coronavirus measures, specifically abroad, and after everyone has coped with them and is taking precautions where they are inside Lebanon, the calls and threats for opening the borders cannot but have another reason that has nothing to do with the diaspora,” Aswad tweeted.

“This is a farce,”the controversial lawmaker added.

Hezbollah Chief Hassan Nasrallah said during a speech on Saturday that all the Lebanese locked in corona-hit countries have the right to return to their country, adding that the Lebanese authorities’ duty to return them must be also indisputable.

“Whatever the threats are, the Lebanese authorities must respond to the pleas of the expatriates,” he said, “Preventive measures can be taken to guarantee a safe return to the expatriates.”

After the number of victims rose by 21 on the previous day, authorities revealed that eight people have now died from the illness following the death of an 80-year-old patient with underlying health problems at Rafik Hariri University Hospital.
In its daily report, the Ministry of Health said that 398 suspected coronavirus cases have been transferred to the hospital and 995 cases remain in quarantine.
Doctors’ Syndicate chief Sharaf Abu Sharaf told Arab News that he expects Lebanon to reach its peak infection rate next week, warning that “until now, the increasing number of cases has been within our health capabilities, and our hospitals can accommodate them.”
He said that those quarantined at the hospital had shown positive test results, but “most of the cases are mild.”
Abu Sharaf also revealed that doctors have started using the anti-malarial drug chloroquine at university hospitals in Lebanon after studies in China, Europe and the US showed that it helps boost immunity and produce a negative test result.
Lebanon’s Health Ministry has promised to provide 50,000 boxes of the drug, he said.
Abu Sharaf said: “Lebanon started using this drug after we learned from the experiences of other countries fighting the virus, including China and France, while the US has approved it.
“This drug is given alongside other antibiotics and (helps to) return a positive result.”