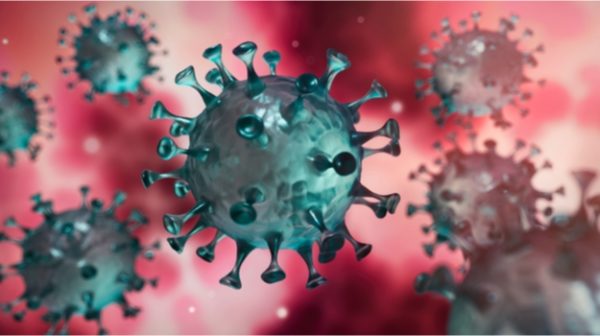 Conspiracy theorists have suggested that the novel coronavirus that causes COVID-19 is manmade, leaked from the Wuhan National Biosafety Laboratory that is in the area where the pandemic originated. Researchers with Scripps Research and other institutions around the globe published a study in the journal Nature Medicinedebunking the theory after an analysis of the genome sequence of SARS-CoV-2.

“By comparing the available genome sequence data for known coronavirus strains, we can firmly determine that SARS-CoV-2 originated through natural processes,” said Kristian Andersen, associate professor of immunology and microbiology at Scripps and corresponding author of the study.

Additional authors include Robert F. Garry of Tulane University, Edward Holmes of the University of Sydney, Andrew Rambaut of University of Edinburgh, and W. Ian Lipkin of Columbia University.

SARS-CoV-2 is from the coronavirus family. Coronaviruses cause a variety of illnesses that range dramatically in severity, such as colds, which are relatively mild, to the 2003 Severe Acute Respiratory Syndrome (SARS) and the 2012 Middle East Respiratory Syndrome (MERS). SARS-CoV-2, the virus behind COVID-19, was first brought to the world’s attention on December 31, 2019 when Chinese health authorities notified the World Health Organization of an outbreak.

Shortly after the announcement, Chinese researchers sequenced the genome of SARS-CoV-2 and published the data globally. Andersen and his colleagues analyzed the sequencing data to better understand the origins and evolution of the virus. They focused on the genetic template for spike proteins, which are proteins on the outside of the virus that attach to and penetrate the outer walls of human and animal cells. In particular, there were two important aspects of the spike protein, the receptor-binding domain (RBD) and the cleavage site. The RBD has been described as “a kind of grappling hook that grips onto host cells” and the cleavage site has been described as a “can opener that allows the virus to crack open and enter host cells.”

Andersen’s group discovered that the RBD part of the SARS-CoV-2 spike proteins evolved to target a human cell receptor dubbed ACE2, which is involved in regulating blood pressure. They concluded that it was so effective it had to be the result of natural selection and not from genetic engineering.

Additional evidence of natural evolution was data on the virus’s overall molecular structure. Typically, if a researcher was engineering a new coronavirus as a pathogen or biological warfare agent, they build it on the backbone of a virus that is already identified as causing disease. In the case of SARS-CoV-2, their research showed that the SARS-CoV-2 backbone was quite different from known coronaviruses and more closely resembled viruses found in bats and pangolins.

“These two features of the virus, the mutations in the RBD portion of the spike protein and its distinct backbone, rules out laboratory manipulation as a potential origin for SARS-CoV-2,” Andersen said.

Andersen proposes two likely scenarios for the origins of the virus. First, it evolved through natural selection in a non-human host and jumped to humans. This is what happened in the case of SARS, from civet cats, and MERS, from camels. The SARS-CoV-2 virus is very similar to coronaviruses found in bats. However, researchers have yet to identify cases of direct bat-human transmission, which suggests there might be a viral host between bats and humans. This suggests that the RBD and cleavage sites evolved to the way they are now before entering humans.

The second scenario is that a non-pathogenic version of the virus moved from an animal host into humans and then evolved to its current stage within the human population. The pangolin is an armadillo-like animal living in Asia and Africa. Viruses found in pangolins have an RBD structure much like the SARS-CoV-2 virus. It’s possible a coronavirus from a pangolin was transmitted to a human, directly or via an intermediary host like a civet or ferret.

The SARS-CoV-2 cleavage site, the “can opener,” looks similar to the cleavage sites of strains of bird flu that are easily transmitted to humans. That means the virus could have evolved the site in human cells and launched the current epidemic.

Co-author Andrew Rambaut indicates that it’s difficult and probably impossible to know which scenario is the most likely.

Josie Golding, epidemics lead at UK-based Wellcome Trust, said Andersen and his team’s research is “crucially important to bring an evidence-based view to the rumors that have been circulating about the origins of the virus (SARS-CoV-2) causing COVID-19. They conclude that the virus is the product of natural evolution, ending any speculation about deliberate genetic engineering.”