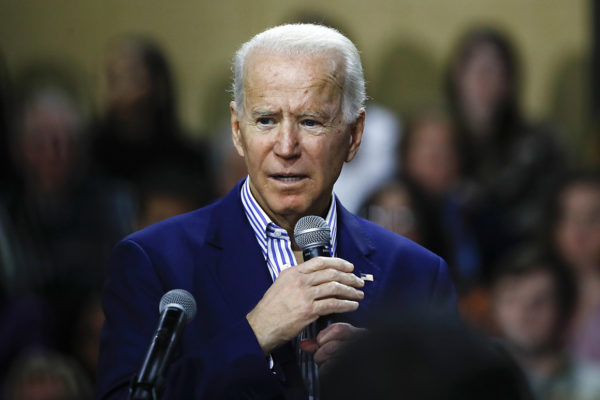 “Some of the stuff he says is so bizarre that you can laugh at it,” Biden said to reporters outside a Greensville, S.C., event ahead of the state’s primary election. “It just so diminishes the faith that people around the world have in the United States.”

During a rally in South Carolina on Friday evening, Trump accused Democrats of using the deadly virus as a means to harm him politically, likening it to the Russia investigation and impeachment probes that have consumed his presidency.

Biden, who has previously been critical of the Trump administration’s handling of the virus, added that the government’s scientists should have more control in responding to the crisis.

The New York Times reported on Thursday that health officials would have to coordinate all of their statements and appearances through Mike Pence’s office after the vice president was tapped by Trump to oversee the government’s response to the outbreak.

“Look, this is a serious, serious, serious problem. It’s able to be solved, but it requires us to be absolutely levelheaded and let the scientists have the lead in all of this,” the former vice president said Saturday. “But for him to stop and start talking about being a hoax is absolutely dangerous. It’s just not a decent way to act.”

The coronavirus has infected nearly 86,000 people worldwide, mostly in China. The death toll stands at more than 2,900.