Why Iran’s coronavirus outbreak may be worse than you think 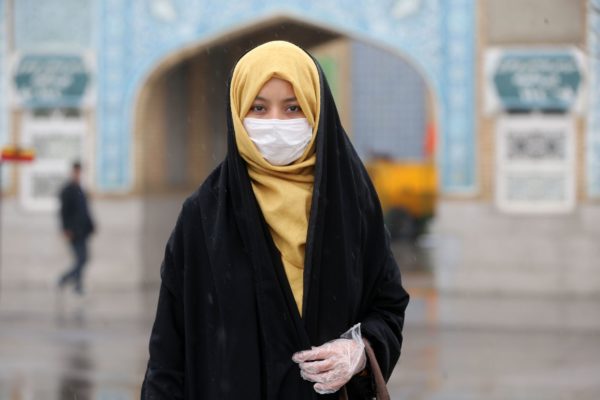 On Monday, Iranian Deputy Health Minister Iraj Hairichi went on television to tell reporters that the government had the nation’s coronavirus outbreak completely under control. The sweat pouring down his face during the announcement, while jarring, could’ve been the result of stress.

But on Tuesday, a dark irony came to light. Hairichi wasn’t just stressed — he had contracted coronavirus.

That development underscores the Iranian regime’s troubling mismanagement of the outbreak inside the Islamic Republic, which as of Tuesday had seen 95 reported cases, including 16 deaths. The outbreak was first identified days after authorities there said they had no Covid-19 — the official name for the disease — within their borders.

Iraj Harirchi, Iran’s deputy health minister, went on TV yesterday (left) to insist the Iranian government was getting the #coronavirus outbreak under control.

Today it was announced Harirchi himself has the virus. pic.twitter.com/dO0RgLyydk

It gets worse. Reports indicate new cases in the region — such as in Iraq and Afghanistan, two countries that host US troops — and even cases in Canada can be traced back to Iran.

The reason, it appears, is that the government in Tehran either didn’t understand the severity of the problem or, more likely, quashed evidence of the outbreak altogether. The lack of alarm allowed millions of workers, religious pilgrims, and others who travel to and from the country every day to spread the disease.

The result is that Iran is arguably now the second major center and culprit — behind China — of a crisis looking more and more like a pandemic.

Iran has taken some important measures, including closing down certain public spaces, to curb the disease’s spread. But Iranian President Hassan Rouhani also seems to be blaming others for his government’s faults, saying, “It is one of the enemy’s plots to spread fear in our country and close down the country.”

Scapegoating others instead of taking responsibility for what’s occurred, experts say, is symbolic of the regime’s failure at a vital moment. “A breakdown in national-level decision-making has severely hampered its ability to contain the spread of the virus,” said Henry Rome, an Iran expert at the Eurasia Group.

If you were asked to pick a region primed for an outbreak, the Middle East would be a good choice.

Wars in Yemen, Afghanistan, and Syria have not only destabilized governments but have led to millions of refugees fleeing their homes for safer lands. Governments in many of those places also aren’t inclined to be transparent about what’s going on. Add the religious pilgrims, migrant workers, and others crisscrossing the region every day and “it is a recipe for a massive viral outbreak,” Peter Piot, director of the London School of Hygiene and Tropical Medicine, told the New York Times on Monday.

The Iranian city of Qom, the nation’s religious capital, is a case in point. Its population hovers around 1 million, but it gets over 20 million visitors a year. So far, the city remains open to travelers, especially Muslim pilgrims aiming to pray at the holy sites there. Part of the reason for that is Tehran didn’t want to admit that an outbreak had begun there, even when a parliamentarian representing Qom said 50 people had been infected.

Now, even prominent members of the city — like the director of medical studies at Qom’s main university — has the disease and is in quarantine.