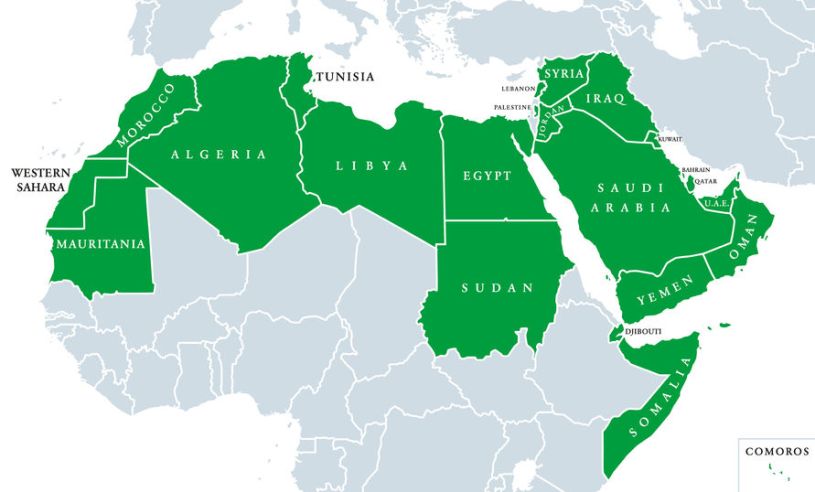 The Palestinian cause has been the lifeblood of Arab leaders, inspired countless poems and songs, been the subject of entire school textbooks, and was a factor in three regional wars.

It once united peoples from Morocco to the Arabian Peninsula more than even the Arabic language itself.

Yet as the Trump administration is set to unveil a one-sided peace deal potentially legitimizing the Israeli annexation of lands Arabs across the region once vowed to die for, something has happened to Arab support for Palestinian nationalism.

A change in calculations and priorities by Arab leaders, coupled with the wariness with which young Arabs view their own governments, has muddled the message on Palestinian statehood.

Just as startling as the suddenness of announcing President Donald Trump’s long-promised peace plan, the details of which he is expected to release Tuesday, is the collective shoulder shrug in the Arab world.

Gulf Arab nations, particularly Saudi Arabia and the United Arab Emirates, which have emerged over the past decade as the leading political and economic forces in the region, have been silent. So too Egypt, whose battles for Palestinian statehood in the 1960s and ’70s defined its post-independence identity.

Shift in the Gulf

It is part of a trend as Gulf states, which once offered their own peace initiative in 2002, are now more consumed with maintaining their autocratic rule at home and countering any potential democratic Arab movements abroad. In so doing, Gulf leaders are putting aside a Palestinian cause they have deemed energy-intensive and low-reward.

Another factor is their rivalry with Iran, strategically aligning them with Israel and making them ever more dependent on the Trump administration and even Israeli Prime Minister Benjamin Netanyahu himself.

Gulf insiders say leaders have stayed silent to keep a “neutral stance” – not throwing their full weight to pressure Palestinians to accept an unpopular deal, while not vocally denouncing unilateral announcements by Messrs. Trump and Netanyahu.

Yet Gulf leaders insist they are not abandoning the Palestinians, just humoring the Trump administration.

“Gulf countries just want to smile and nod for Mr. Trump and walk away, hoping that the administration forgets about the whole peace deal in a couple of days,” says one Gulf insider close to decision-makers.

Observers point to the failure of the Trump administration’s peace efforts to produce tangible results, including the much-ballyhooed, first-phase Bahrain economic peace conference last June, which fizzled without a single project pledged.

“What has happened since Bahrain? Absolutely nothing; it was a bunch of nice Power Point presentations,” says Daoud Kuttab, an Amman-based Palestinian analyst and writer.

“One reason we are not seeing a larger Arab response is that people don’t think the Americans are serious about anything. They think all of this is a show and election-year politics because Trump wants Bibi in office,” says Mr. Kuttab, using Mr. Netanyahu’s nickname. “But you have to be careful, because today’s politics can become policy.”

The reaction has also been muted in the Palestinian territories themselves, where Mr. Trump has boasted that doomsayers’ warnings of violence or instability did not materialize after he moved the U.S. Embassy from Tel Aviv to Jerusalem.

“Palestinians are not shocked by the ‘Deal of the Century’ or the slow creep of annexation because they are living with it and have seen these types of policies in action for decades,” says Yara Hawari, senior fellow at the Al Shabaka Palestinian Policy Network in the West Bank.

Popular Palestinian action has also been limited by the violence previous protests have been met with, most recently in the Gaza Strip.

“We have very clear examples of what happens when Palestinians do mobilize – with Gaza being the most recent manifestation of this – which is violent suppression. It is a very high cost,” Ms. Hawari says.

Politically, the largest political actors, Fatah and Hamas, have been divided, while support for each movement has dwindled.

Activists and residents say there has been encroaching autocratic rule by each group in the West Bank and Gaza that has been intolerant to criticism, muzzled the press, and cracked down on any political opposition.

Human Rights Watch has reported Palestinian Authority security services arresting dozens of journalists, protesters, and even private citizens for “writing a critical article or Facebook post” or “belonging to the wrong student group.”

“Palestinians must focus on political reconciliation among themselves and demand a legitimate leadership that goes back to the discourse of liberation,” says Ms. Hawari.

For Jordan and Egypt, the lone Arab countries with peace treaties with Israel, the calculations are even more delicate.

On the world stage, Jordan has been the loudest, often the only voice defending Palestinians, denouncing Trump measures such as the U.S. Embassy move and lodging official complaints.

King Abdullah, an advocate for the two-state solution, has spent much of the past two years drumming up support for Palestinians in European and Arab capitals and has resisted “incredible pressures” from the Trump administration to acquiesce to its plans.

Jordan is also driven by internal concerns: Half of its population is of Palestinian origin, and it fears both a further influx of refugees and the security ramifications of having Israel annex territory on its borders, cutting off the last geographic connection to the West Bank itself.

Yet Jordan and its leaders are constrained by economic and political realities. The cash-strapped kingdom receives $1.5 billion in annual aid from Washington and, under a controversial natural gas deal that went into effect this month, relies on Israel for half its energy needs.

“Even though there is popular outrage, I don’t think Jordan is in a position to take serious steps to pressure the Israelis or adopt a confrontational approach with the Americans on these issues,” says Oraib Rantawi, director of the Amman-based Al Quds Center for Political Studies.

In Egypt, the calculations are even shrewder, with Cairo concerned chiefly about internal stability.

Cairo is politically reliant on Saudi Arabia and the UAE, which since 2013 has provided President Abdel Fattah al-Sisi with more than $20 billion to cement his rule and given him a blank check to crush dissent.

While not wishing to appear to “abandon” Palestinians, Cairo is instead treating the Israeli-Palestinian conflict as “strictly a security issue.”

“Egypt’s position supporting a two-state solution and the ending of settlements is steadfast and will never change,” President Sisi told foreign reporters in December, writing off annexation talk and the Trump deal as Mr. Netanyahu’s “electoral rhetoric.”

“There is a difference between electoral promises and their fulfillment,” he said. Privately, Egyptian authorities say they hope the issue will go away.

After the Arab Spring, which challenged the decadeslong rule of Arab autocrats who wrapped themselves in the flag of the Palestinian cause, pundits were quick to declare that freedoms and democracy at home had replaced Arabs’ concerns for their Palestinian brethren. But activists disagree.

“Before, Arab rulers would rant about imperialism, Zionists, and Palestine, teaching us that we could only resist Israel through surrendering our rights, freedoms, and resources to them,” says Hisham al Bastani, of the Jordan anti-normalization movement, which links the Palestinian cause with a lack of democracy at home.

“People have become wiser – we now know that we cannot liberate Palestine until we liberate ourselves from our corrupt rulers.”

Indeed, Palestinian flags are raised in ongoing protests against corruption in Beirut, Baghdad, and Khartoum, while the poem “Mawtini,” or “My Homeland,” by Palestinian nationalist poet Ibrahim Tuqan has become an anthem for pro-democracy protesters across Lebanon and Iraq.

“The target of our protests or our slogans may change,” says Mohammed, a Lebanese protester, via encrypted messaging. “But our struggle and that of the Palestinians remains one and the same.”