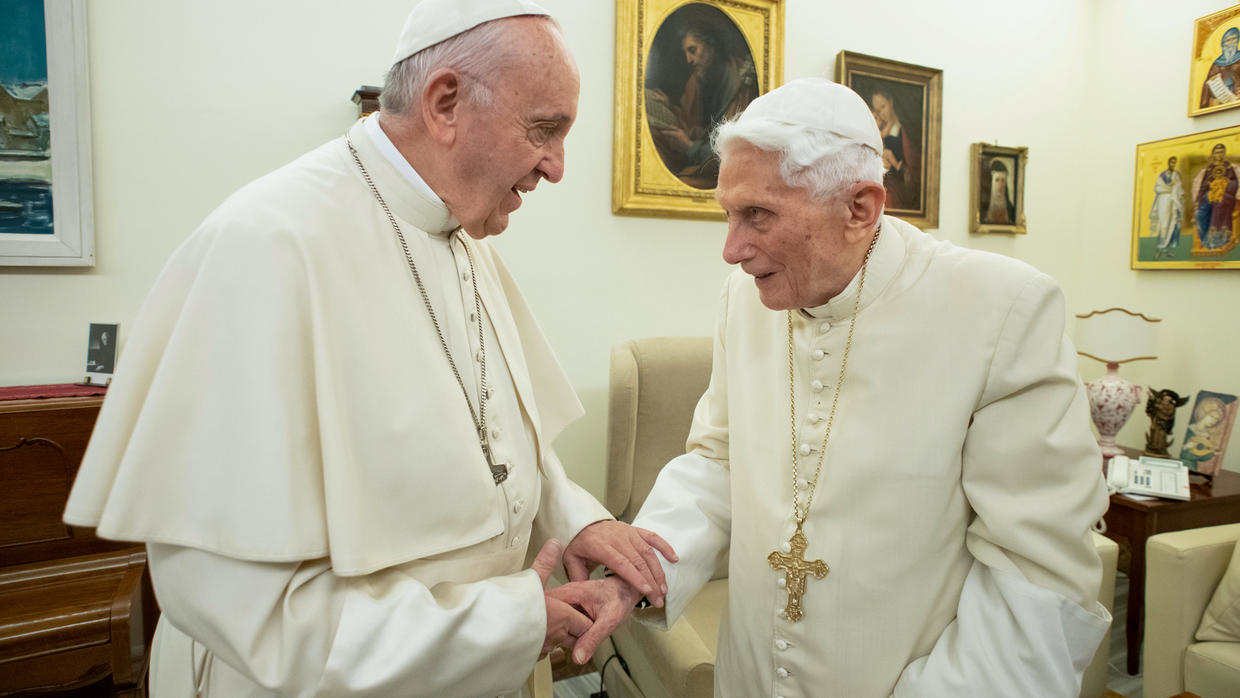 Former pope Benedict XVI has publicly urged his successor Pope Francis not to open the Catholic priesthood up to married men, in a plea that Sunday stunned Vatican experts.

The ex-pontiff, who retired in 2013, issued the defence of clerical celibacy in a book written with arch-conservative Cardinal Robert Sarah, extracts of which were published in exclusive by France’s Le Figaro.

“I cannot keep silent!” Benedict wrote in the book, which follows an extraordinary meeting of bishops from the Amazonian at the Vatican last year that recommended the ordination of married men in certain circumstances.

The pope emeritus, 92, and Sarah from Guinea weighed in on the controversial question of whether or not to allow “viri probati” — married “men of proven virtue” — to join the priesthood.

Francis is currently considering allowing it in remote locations, such as the Amazon, where communities seldom have Mass due to a lack of priests, and is expected to publish his decision in the coming weeks.

The pair asked the whole Church not to be “swayed” by “bad pleas, theatrics, diabolical lies, fashionable errors that want to devalue priestly celibacy”.

“It is urgent, necessary, that everyone, bishops, priests and laity, let themselves be guided once more by faith as they look upon the Church and on priestly celibacy that protects her mystery,” they wrote.

They warned of priests “confused by the incessant questioning of their consecrated celibacy”.

“The conjugal state concerns man in his totality, and since the service of the Lord also requires the total gift of man, it does not seem possible to realise the two vocations simultaneously,” Benedict wrote.

Sarah insisted that while celibacy can be “a trial” it is also “a liberation”.

Benedict, who was the first pontiff to resign in almost 600 years, at first withdrew to a life of quiet contemplation in the Vatican, but has increasingly begun to speak out on key Catholic issues.

He and Sarah insisted their plea was not a “political manoeuvre” or “power game”.

But Vatican experts expressed astonishment that the retired pope would speak out on such a sensitive topic.

“Benedict XVI is really not breaking his silence because he (and his entourage) never felt bound to that promise. But this is a serious breach,” Massimo Faggioli, who writes for La Croix, said on Twitter.

Joshua McElwee of the National Catholic Reporter, tweeted that “a former pope speaking in public about something his successor is currently in the process of considering” was “incredible”.

While Vatican expert Iacopo Scaramuzzi pointed out that “cohabitation (in the Vatican) is difficult if the emeritus pope does not respect his own promise to hide away and obey”.

The idea of filling empty pulpits in remote locations by allowing married men to become priests is a divisive once, with critics warning the emotive issue could fracture the Catholic Church.

Supporters say it would not be necessary to rewrite Church law; Francis could simply make an exemption to the rules — like the one already granted to married Anglican pastors who later converted to Catholicism.

But the ultra-conservative wing of the Church — particularly in Europe and North America — has spoken out strongly against the idea, warning that making exceptions could pave the way to the abolition of celibacy globally.