Protests across Lebanon as crisis deepens 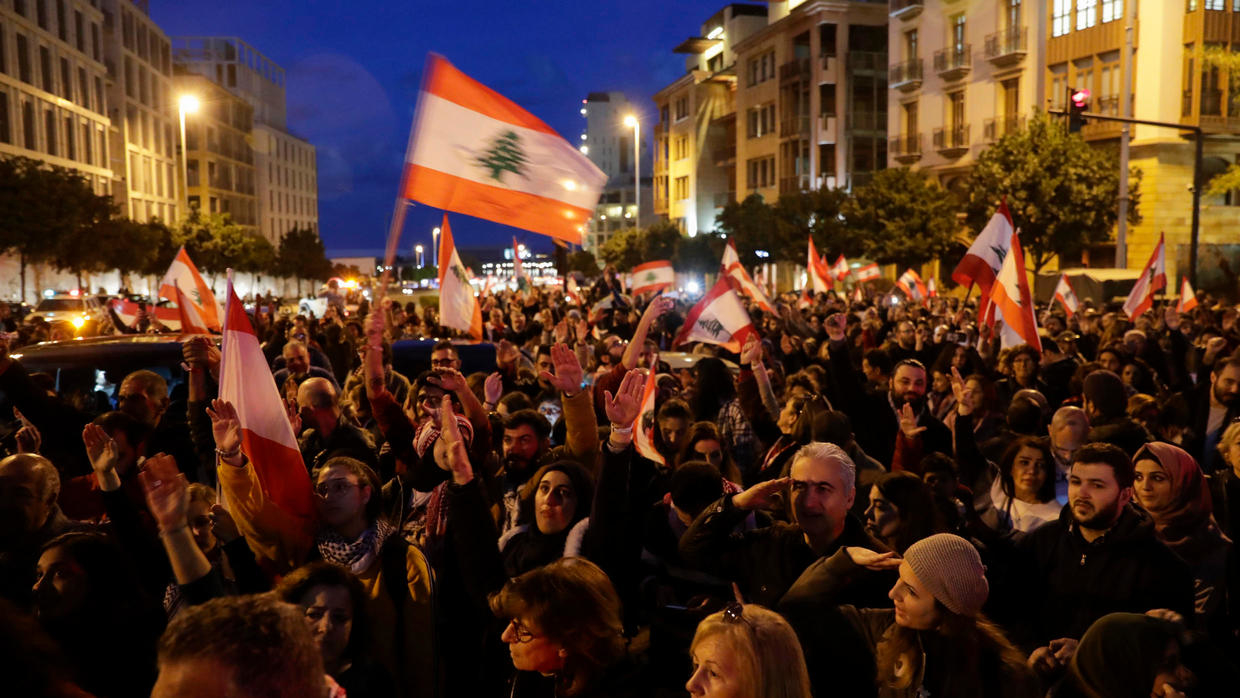 Hundreds protested across Lebanon on Saturday to denounce a crippling economic crisis and the political deadlock that has left the country without a government for over two months.

Chanting anti-government slogans in the capital Beirut, the northern city of Tripoli and the southern city of Nabatieh, they also denounced a class of political leaders they deem incompetent and corrupt.

In Beirut, hundreds of protesters marched to parliament, making stops at the state-run electricity company and the headquarters of the Association of Banks.

“All the reasons that made us take to the streets on October 17 still stand,” said protester Riad Issa, referring to the date Lebanon’s anti-government protest movement started.

“Nothing has changed and the political establishment is closing its ears… and shutting its eyes.”

Although protests have declined in size, demonstrations have been ongoing since October, increasingly targeting banks and state institutions blamed for driving the country towards collapse.

The movement has been fuelled by a crippling economic crisis, the worst since Lebanon’s 1975-1990 civil war.

The World Bank has warned of an impeding recession that may see the proportion of people living in poverty climb from a third to half the population.

To make matters worse, a liquidity crunch has pushed Lebanese banks to limit dollar withdrawals and transfers since September.

This has forced depositors to deal in the plummeting Lebanese pound, which has lost nearly two thirds of its black market value against the greenback for the first time since it was pegged at 1,500 to the dollar in 1997.

“The country is collapsing. We want a government of independents and a rescue plan,” read a banner carried by demonstrators in Beirut.

Lebanon has been without a government since former Prime Minister Saad Hariri resigned on October 29, bowing to popular pressure.

His successor, Hassan Diab, was designated on December 19 but is yet to form a government in a delay donors say debt-saddled Lebanon can ill afford.

In a statement on Friday, he said he still stands by his pledge to form a government of independent experts to rescue the country from the brink of collapse, a key demand of protesters.

But he said his efforts were being challenged.

“The pressures, no matter how large, will not change my conviction,” he said on Twitter.

“I will not bow to intimidation.”

The delay in forming a government has drawn the ire of demonstrators.

“We are tired of this skirting of responsibility,” said Rolan Younan, a demonstrator.

“We need to reshape the political class.”