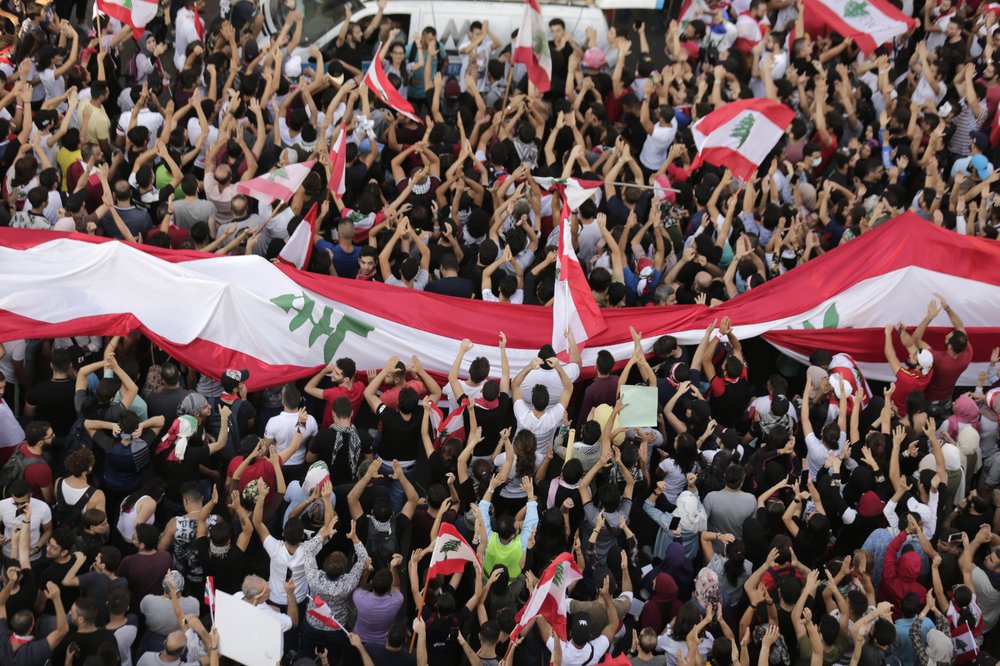 Protests that broke out in Lebanon on Oct. 17 wrecked the political stalemate that had existed since 2014 mainly due to two factors: the open-ended economic crisis on one hand, and the protesters’ making of a new opposition that would force the political class to generate an opposition movement from within the institutions, after those were tamed by political settlements.

The second result is the most important outcome of the protest movements, which revealed a fundamental gap in the existing political system.

Since 2014, reconciliations between the parties have consolidated the principle of partnership within the system, which were enshrined in the 2016 presidential elections and culminated in the government after the 2018 parliamentary elections.

The government has become a miniature version of Parliament, hence abolishing the principle, on which democratic parliamentary systems are based, in terms of the presence of a ruling majority and an opposition minority.

Accordingly, the street played the role of the abolished opposition within the regime and imposed itself as an observer and pressure force, which resulted in the overthrow of the government and the announcement by some political forces of their non-participation in the new government.

While the Lebanese Forces Party reiterated its refusal to participate in any government and called for the formation of a government of specialists to meet the protesters’ demands, caretaker Prime Minister Saad Hariri stuck to his position regarding the formation of a technocrat government in order to strengthen parliament’s monitoring role.

After the failure of the consultations to form a government of heavy political weight, similar to the previous governments, the Free Patriotic Movement (FPM) announced its intention not to join the government, and to side with the opposition, even though President Michel Aoun, the founder of the FPM, will retain a share for him in any new cabinet.

On the other hand, all political forces have abandoned their demands to form governments similar to the previous models, under the pressure of the street and the economic crises, a fundamental change that was achieved in the recent crisis. However, governments that do not include minimal political representation, will face many challenges in light of the Lebanese political structure and the distribution of powers in Parliament.

While the street is struggling to maintain its momentum to achieve its demands, the population is facing great economic burdens, with around 70 institutions closing last months and more than 1500 employees laid off.

These developments were accompanied by a decrease in the purchasing power and banking procedures to cope with emerging challenges, most notably the decline in the flow of foreign remittances and foreign financial deposits.

The country witnessed a scarcity in the availability of the dollar following measures taken by banks to reduce circulation in hard currency, which raised the price of the dollar in the parallel market to 25 percent of its actual value, which was reflected in commodity prices.

These facts have pushed for a new form of government that will include specialists who take over the key ministerial portfolios and contribute to the advancement of the country, while their presence would enhance the confidence of the international community in Lebanon in preparation for another stage in 2020 that holds great hopes for the Lebanese.

Despite fears of harsh banking measures against depositors, banking sources deny such claims, stressing that Lebanese banks “own $21 billion dollars outside the country, including 9.5 billion in the form of deposits that can be brought as liquidity to the country.”

The second bet in 2020 will be on the outcome of the exploration of the first gas well in Block No. 4 in the Lebanese economic zone, where the consortium of the three companies (French Total, Italian Eni and Russian Novatec) will start digging at the beginning of the year- it is expected to release its results 60 days later.

The presence of gas or oil in Lebanese maritime zone would raise the value of Lebanese sovereign bonds and increase the confidence of the international community in Lebanon, political sources told Asharq Al-Awsat.