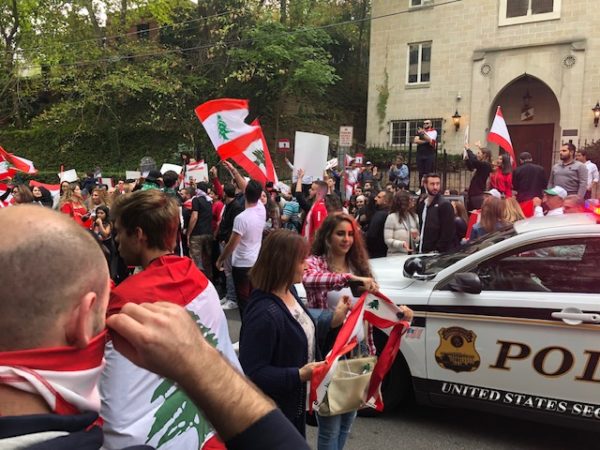 Hundreds of  Lebanese people held a protest  Saturday  afternoon in front of the Lebanese embassy  in the US capital Washington , DC.  in support of the Lebanese who are protesting all across Lebanon. 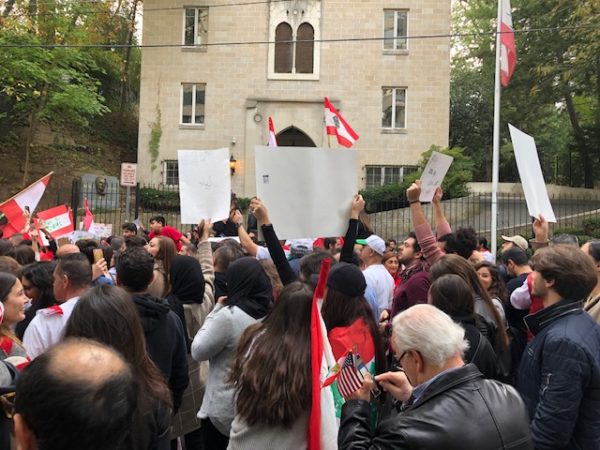 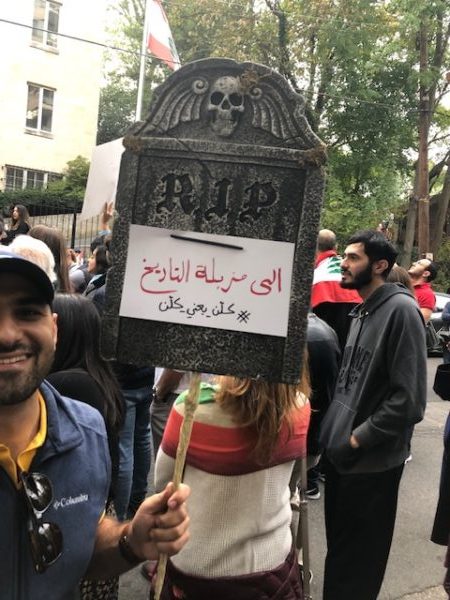 Many parents showed up with their children

The protest was completely non sectarian . People were calling for the  government to step down and for  all politicians to go .

Only the Lebanese flag was visible throughout the protests

The protesters were  very peaceful and friendly and chanted  National songs .

Why are the Lebanese  protesting ?

Lebanon’s political system has long been beset by infighting and paralysis. The various political factions have often been unable to agree on even basic functions of government.

After last year’s parliamentary elections, political leaders took nine months to agree on a Cabinet. The stalemate meant that the government did not move on reforms needed to unlock a package of $11 billion in international development money that was promised to the country in April 2018.

But in recent weeks, the country’s issues have snowballed into a crisis, beginning with anxieties over a potential devaluation of the country’s currency. The Lebanese pound is pegged to the U.S. dollar at a rate of 1,507 pounds to the dollar, and dollars are used interchangeably with the local currency.

“The successive governments following the civil war were never able to restore investors’ confidence level to where it was before the war started,”according to  reports

The country’s economy has undergone sustained shocks during the past several years, including the effects of the war in next-door Syria and a decrease in the amount of remittances flowing into the country from citizens living abroad.

More recently, as economic fears have grown, a tightened supply of dollars in the country has led to an increase in unofficial exchange rates on the street, at times rising to close to 1,700 pounds to the dollar.

The de-facto devaluation hit businesses that rely on imported goods, which must buy supplies in dollars but usually sell them in Lebanese pounds. The situation led to short-lived strikes by gas stations and bakeries, even after the Central Bank promised earlier this money to guarantee a supply of dollars at the official exchange rate for imports. 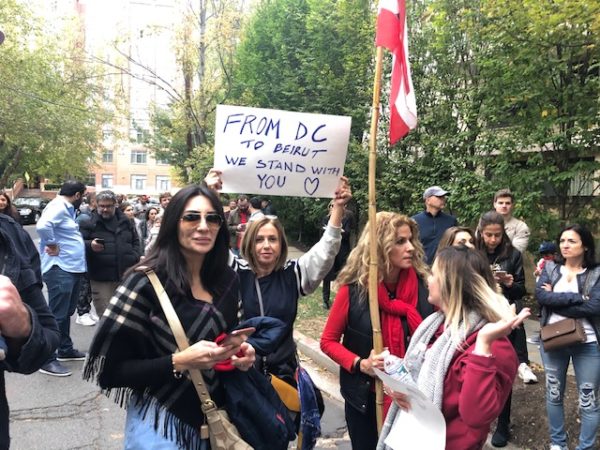 Adding to the already tense situation, massive and damaging wildfires erupted earlier this week in multiple parts of the country. The response was hampered by the fact that three firefighting helicopters that had been donated to the Lebanese government in 2009 were out of service and grounded at the airport, ostensibly because of a lack of funding for their maintenance.

But the final straw was a government decision, announced on Thursday, to levy a 20-cent per day tax on calls made through internet messaging services such as WhatsApp. Many Lebanese citizens use WhatsApp as their main form of communication due to the high cost of regular phone calls and text messages.

The Lebanese embassy was closed and no one from the embassy addressed the protesters.

Other  cities in the US  namely  Los Angeles, Dearborn, Houston, New York, San Francisco and Boston witnessed protests by  the  Lebanese community in front of the Lebanese consulates   in support of the people in Lebanon.