Trump’s betrayal of the Kurds will echo for generations 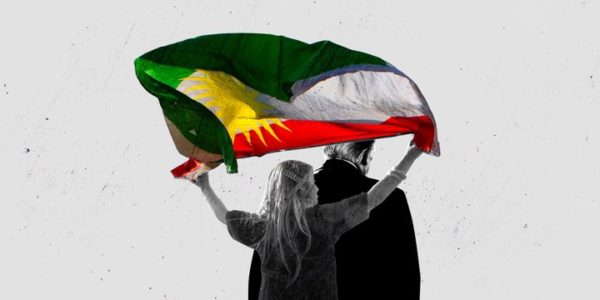 Kurds have come to deeply value their collective memory. The next generation won’t forget U.S. support for Turkey’s bloody move into Syria.

Azad Murad is the kind of person who will pay the price for President Donald Trump’s decision to endorse a Turkish offensive against Kurds in Syria.

He is a 40-year-old civilian who lives with his three young daughters, his wife and his parents, 75 and 65, in the city of Qamishli, right on the border with Turkey. Murad has already talked to his family about whether to join the thousands of their neighbors who are fleeing as Turkey continues to bomb their hometown.

“We decided to stay here,” Murad told HuffPost. “We will face our destiny.”

Murad’s daughters ― ages 13, 10 and 7 ― are among the more than 2 million residents of Kurdish-held Syria who are now at the mercy of the mission that Turkish President Recep Tayyip Erdogan calls “Operation Peace Spring.”

For many of them, including Arabs, Assyrians, Turkmens and the region’s other minorities, this moment may shape the rest of their lives.

The brutal assault by the second-largest army in NATO and allied militias, and world leaders’ failure to stop Erdogan, is an especially potent lesson for the Kurds in taking little for granted ― and realizing your life can be radically changed by massive forces you neither control nor fully trust.

“These areas were the safest areas for a long period of time,” Murad said.

To the younger generation of Kurds, a worldwide community that numbers more than 30 million, this is a defining period in history.

“It feels like it’s determining our future, about belonging and where we come from and our ability to go and experience our homelands, especially as people who live as part of a diaspora,” said Elif Sarican, a British-born Kurd active in the international Kurdish women’s movement. “We genuinely see this as a turning point of literally either existence or extermination.”

Young Kurds in Syria and in neighboring Iraq have spent more than five years fighting alongside the U.S. and its allies against the Islamic State, seeing peers’ lives cut short and their futures denied. Young Kurds around the world, in Turkey, Europe, the U.S. and elsewhere, have led loud, powerful international movements for solidarity in a way that’s unprecedented, given how borders have separated the stateless Kurds for generations.

The Syrian Kurdish community, known as Rojava, offered to many Kurds an example of a confident, empowering and radically different future. Now it could be crushed over Turkey’s insistence that it is a threat because of its links to a militant group called the PKK.

And whatever Rojava’s fate, America is deeply implicated. That means the consequences of Trump’s action won’t be measured just in the fighting and likely human rights abuses of the days and weeks ahead. Its real resonance will only become clear years from now, in ways that are crucial to the Kurds and quite possibly worrying for the United States.

A community that has experienced crisis after crisis over the past century, Kurds have come to deeply value their collective memory. They honor it not just with commemoration but with respect: Like other groups that have repeatedly faced persecution from larger enemies, they’re especially committed to looking to their past to decide what’s next. Whatever the history books make of Trump and Erdogan, Kurds will remember the bloodshed, fear and desperate strategizing they are now causing.

Stress over the situation with Turkey has left Yerevan Saeed, an associate fellow with the Middle East Research Institute in the Kurdish region of Iraq, sleep-deprived and “feeling down” for days. Saeed was a refugee three times before the age of 11 due to fighting in his country, where dictator Saddam Hussein brutally suppressed Iraq’s Kurdish population while being armed by the U.S., and where Kurdish warlords then fought each other for years. That’s why he can empathize deeply with the Kurds in Syria right now, he said.

The trauma crosses generational lines. When Saeed talks about the situation with his father, “he says it’s just the same thing that’s happening in a different version in a different time of history,” he told HuffPost. ”The Kurds are left on their own.”

Where his frame of reference is the 1980s and 1990s, his father’s is the 1970s, when the U.S. and Iran supported the Kurds against Hussein and then abandoned them when the Iranians and Iraqis made a deal. “Fuck the Kurds if they can’t take a joke,” then-Secretary of State Henry Kissinger apocryphally said of their concerns ― which were realized ― that they would be brutally suppressed.

Kurds worldwide have responded to letdowns and ongoing vulnerability by ensuring that, at the very least, they can’t be ignored.

“My sisters were born into the movement,” said Zeynep Kurban, a young British-Kurdish activist, explaining that her family has been demonstrating since moving to the United Kingdom from Turkey back in the 1990s.

“I’m a scientist, but whatever profession we have chosen, on the sidelines we have had to do activism … not being a free youth taking it easy,” she said.

For Kurban and other young Kurds, the Syrian Kurdish enclave is particularly important because the political administration there prioritizes gender equality, direct democracy and the environment. It offers an alternative to the idea that the Kurds’ best bet is to build a nation-state in the image of those that have caused many of the community’s problems.

“This attack is not just a physical attack, but is also an attack on the values of women, the values that women are trying to create not just in Rojava, but in the rest of the world by overcoming the patriarchal mindset,” Kurban said.

The past few years have been filled with important, often worrying episodes for Kurds, said Sarican, the Kurdish women’s movement activist. There was the ISIS onslaught against the associated community of Yazidis and Iraqi Kurdistan in 2014, the stand the Syrian Kurdish town Kobani took against the terror group, and the sweeping crackdown Turkey launched on its own Kurdish citizens in 2015.

Throughout, the Kurds have gotten mixed signals from the U.S. and other world powers. While the Americans and company were happy to work with Kurdish fighters against ISIS, they did little about Turkey’s destruction of Kurdish towns and bloody incursion into the Syrian Kurdish region of Afrin, or about Iraqi Kurds taking the dramatic step of voting for independence in 2017, a move that prompted violent pushback from Iran and Iraq.

“There was never any illusion or delusion for us that the U.S. was strategically and politically on our side,” Sarican said. “These people aren’t naive people.”

While much Western discussion of the Kurds treats them as a helpless people waiting for the U.S., Turkey and others to make their next moves, Kurdish leaders and their allies know they have to craft their own plans ― and they’ve known that long before Trump entered the Oval Office.

“We also know how to make tactical alliances because we know our main aim is to defend our people,” Sarican said. The Kurds have, for example, maintained dialogue with Russia, Iran, Syrian dictator Bashar Assad and other players Washington largely refuses to engage with.

Younger Kurds realizing the importance of their own agency are also interested in thinking across nationalities and differences in philosophy (between, say, leftist Syrian Kurds and more conservative peers in Iraq) as they envision their future.

“The developments in the past few years are really radicalizing the younger generation,” said Giran Ozcan, a British-born Kurd who is the Washington representative for a pro-Kurdish political party in Turkey called the HDP. “They really do see it as a national issue now of targeting Kurds because they are Kurds.”

“This builds a kind of national consciousness that maybe wasn’t there before, so thanks to the hostile states of the region, the Kurds are really unifying in a way they weren’t before,” Ozcan added.

The U.S. could help in their next chapter. American support for a renewed peace process between Turkey and its own Kurdish community could produce a win for all sides, including Kurds in Syria, Ozcan said.

But Kurds are certain they need to be the architects of their own fate, one quite different from the status quo.

“What’s happening today is not in the interests of anybody,” Kurban said.