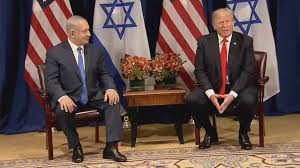 JERUSALEM — The abrupt withdrawal of U.S. troops from northeastern Syria and subsequent Turkish attacks on Kurdish fighters have badly rattled Israel’s national security experts, who decried President Trump’s action as a betrayal of loyal allies and evidence that Israel’s most vital supporter is a fickle friend at best.

Israeli officials reportedly had no warning of the withdrawal, which the White House announced Sunday after a call between Trump and Turkish President Recep Tayyip Erdogan.

Other than expressing support for the Kurds, Prime Minister Benjamin Netanyahu has said little publicly about Trump’s move, which came just as Israel was marking the anniversary of the 1973 Arab-Israeli war. But Israeli media have been dominated by critics from all parts of Israel’s fractious political spectrum worried that American dependability is cracking at a volatile moment in the region.

Before U.S. troops pulled out of northern Syria, clearing the way for a Turkish invasion, The Post went there and met Kurds who feared the looming assault. (Joyce Lee/The Washington Post

“Trump abandons allies without blinking and Israel is liable to be next,” said a commentary in the daily Yedioth Ahronoth newspaper. “The entire balance of power in the Middle East is built on a very delicate web of supports, pressures, understandings and agreements — and Trump is unraveling that web.”

The Kurds are viewed here as long-standing allies of Israel, a reliable, moderate pro-Western group that has fought on Israel’s side in multiple conflicts, most recently in the battle against Islamic State militants in Syria. Many Jews here express a kinship with the Kurds, whom they view as a stateless ethnic group persecuted by their common foes, including Iran, Syria and Turkey.

“The world was silent during the Holocaust and was silent when the Armenian people were massacred and did not recognize it,” said Yaakov Margi, an ultra-Orthodox member of the Israeli Knesset, or parliament. “It is silent today to the slaughter of the Kurdish people by a tyrant who is never satiated.”

Politicians from several parties condemned Turkey’s incursion and called for Israel to help the Kurds. A group of 50 reserve combat officers in the Israeli military signed an open letter to Netanyahu beseeching him to “do everything possible to prevent a massacre of the Kurdish people.”

Netanyahu, who highlighted his close relationship with Trump during the recent Israeli election campaign, had no public reaction to the withdrawal until after the Yom Kippur holiday. On Thursday, hours after the Turkish offensive began, he released a statement condemning the attack and promising humanitarian aid for the fleeing Kurds. He made no mention of Trump or the withdrawal of U.S. troops that preceded the offensive.

Instead, speaking at a Yom Kippur commemoration and repeating his frequent warnings about threats emanating from Iran, Netanyahu struck a note of self-sufficiency: “We will always remember and implement the basic rule that has guided us; Israel will defend itself, by itself, against any threat.”

Trump’s surprise move came at a delicate moment for Netanyahu, who is struggling to break a political deadlock following inconclusive national elections last month. For years, Netanyahu has reveled in his reputation as a Trump whisperer, able to wheedle long-sought concessions from the unpredictable president. The prime minister has welcomed the move of the U.S. Embassy from Tel Aviv to Jerusalem, which shattered decades of U.S. policy, and a presidential proclamation recognizing Israel’s sovereignty over the disputed Golan Heights that Trump signed a month before parliamentary elections in the spring.

Now, with just weeks remaining to negotiate a governing coalition, the ties to Trump that Netanyahu had trumpeted with billboards of the two shaking hands are widely seen as a liability. The prime minister is a “lone rider on a paper tiger,” said a headline in the Haaretz newspaper.

“He ran his campaign as a man in another league who had mastered the delicate diplomacy of this moment,” said Dan Shapiro, former U.S. ambassador to Israel and research fellow at the Institute for National Security Studies in Tel Aviv. “This definitely weakens the argument.”

Israel would have objected to the withdrawal of U.S. troops under any circumstances, Shapiro said. But to have such a major policy shift dropped without notice — catching even Pentagon and State Department officials unaware — has baffled policymakers here.

“The chaos just adds to it,” said Shapiro. “They know they can’t criticize Trump because of the blowback they know would follow. They’re stuck.”

Israel had already grown wary of Trump’s inconsistency, particularly over his willingness to potentially engage with Iran. Nothing has been more pleasing to Israeli hawks than Trump’s hard line on Tehran, especially his withdrawal from a 2015 international deal that restricted Iran’s nuclear energy program in return for the lifting of economic sanctions. Netanyahu derided the agreement as weak and ineffective.

But many here began to question Trump’s resolve in June when he reportedly canceled a plan to strike Iranian targets in retaliation for Iran’s downing of a U.S. intelligence drone, likening it to President Barack Obama’s failure to follow through on threats to punish Syria for using chemical weapons in 2013.

More recently, Washington declined to strike back at Iran following attacks on Saudi Arabian oil installations — drone and missile strikes that were widely pinned on Tehran. Trump has also seemed more open to talks with Iranian President Hassan Rouhani that French President Emmanuel Macron has tried to broker. Increasingly, Israel frets that the American president’s commitment to the region is waning.

Trump has defended his Syrian pullout, tweeting that it was time to “get out of these ridiculous endless wars, many of them tribal.” That was small comfort to Israelis who worry that their conflict will be the next one to exhaust the patience of a mercurial president.

“While betraying the Kurds, the president also gave a sign of what might be his next betrayal — when he concluded by saying that the Kurds and Turkey were like Israel and the Palestinians,” analyst Orly Azoulay wrote in Yedioth Ahronoth. “In other words, a bunch of Middle Eastern nuisances, ungrateful egoists waging tribal wars and sucking American taxpayers’ money.”