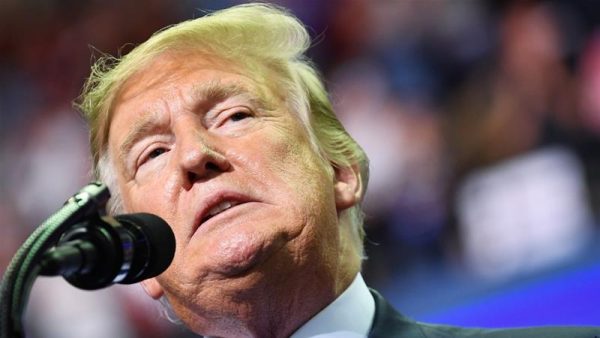 The president of the Nebraska Farmers Union ripped President Trump on Wednesday over his escalating trade war with China, calling it a “huge unforced error.”

John Hansen said that even though China has been engaging in unfair trade practices for some time and needed to be reigned in, Trump’s decision to impose high tariffs on Beijing along with other trading partners has hurt the United States.

“It was a huge unforced error so there’s that issue,” he added.

Hansen said Trump’s trade policies haven’t gotten to the “nuts and bolts of how do we go about the business of making sure that farmers get paid a fair price for what they produce.”

His comments come after Trump’s latest round of tariffs went into effect over the weekend.

Trump slapped a 15 percent tariff on $112 billion worth of Chinese imports. Another round of increases are expected to take effect in October.

The move came in response to Beijing’s threat of tariffs on $75 billion worth of U.S. goods, potentially raising prices on everything from clothes to school supplies.

The ongoing trade war between U.S. and China, which has dragged on for more than a year, has raised concerns of a potential recession and rattled the markets.

But Trump has repeatedly defended his policies, despite criticism from Democrats and some members of his own party.

“Whether it’s good for our country or bad for our country, short term, it had to be done,” Trump said last month. “Someone had to take on what China was doing to the United States economically.”