Hungary ex-PM recalls fall of Iron Curtain: ‘Nobody thought it would go so fast’ 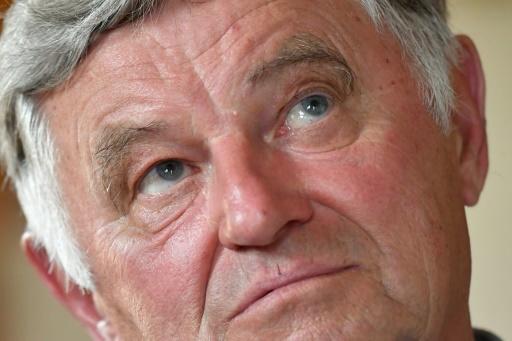 When Hungary’s former leader Miklos Nemeth first started poking a hole through the Iron Curtain in 1989, he had no idea how quickly his actions would contribute to the fall of the Berlin Wall and the end of communism in central and eastern Europe.

In an exclusive interview with AFP, Nemeth tells the story of his role in one of the 20th century’s pivotal events: how a simple plan to dismantle a fence on the Austrian border led to a secret pact with Soviet leader Mikhail Gorbachev that brought tears to the eyes of West German chancellor Helmut Kohl.

Their high-risk gamble allowed thousands of East Germans to flee to the West as the world watched, sparking a chain reaction that would bring down the Berlin Wall and prompt a wave of revolutions in Soviet Eastern Bloc nations.

What led you to start dismantling the Iron Curtain? –

Speaking on his property near Balaton Lake, where he grows fruit trees, the 71-year-old economist and former prime minister recalled that the border fence between communist Hungary and democratic Austria in 1988 “was an outdated, old system, Soviet-built”.

“So the border authorities asked us to decide its fate at the highest political level, presenting us with three options: modernise it; completely rebuild it with modern technology, including from the West; or dismantle it and solve the border surveillance completely differently.

“The border authorities were in favour of the third option. Complete demolition and reconstruction would have cost an immense sum, and we didn’t have the money for that.

“As early as November 1988, I removed the cost of a partial renovation from the December budget. I too believed in the third option.

“It was also in our interest, the reform countries, Poland and Hungary, to weaken the base of the old, truly orthodox communist regimes. So there was also an ideological reason.

“At the end of January or early February 1989, I informed Austrian Chancellor Franz Vranitzky that the border fence would be demolished.

“In March, I went to see Gorbachev to discuss several important points, including the presence of some 100,000 Soviet soldiers in Hungary and missiles pointing to France and Italy.

“I also informed him of the (Hungarian) central committee’s decision to organise multi-party elections. So amongst all this, I also mentioned to him that we would demolish the fence, and there would no longer be any fence at the Austrian-Hungarian border.

– How did Gorbachev respond? –

“He reacted to it by saying: ‘I see no problem with this. As long as the border is guarded, it is your responsibility.’ Now that sentence was a key phrase.

“I also asked him: ‘What would you do, Mikhail, if the elections in Hungary lead to a new government that won’t sympathise with you at all? What are you going to do with these 100,000 soldiers and those nuclear missiles?’

“Mikhail tapped on his armchair and said: ‘As long as you see me in this chair, 1956 (when the Soviet army brutally suppressed a revolution in Hungary) will never happen again’.

“Well, for me, this was clearly the death of the ‘Brezhnev doctrine'” of former Soviet leader Leonid Brezhnev, which limited the independence of Eastern Bloc states.

“He simply asked me not to say a word about any of it, not even to the (Hungarian) political committee. We shook hands on that.

“This man asked me to trust him, and from trust comes trust.

“Throughout the course of 1989, I watched this man to see whether he would he fail or not. If he were overthrown, there might be a hard-line turn.

“In the airplane on the way home (after meeting Gorbachev), one of my close associates noted that if I had said the same thing to Moscow just five or 10 years ago, our plane would not be headed home but to Siberia.

“I said yes, this is in fact a new era, and this has to be exploited.

“The border guards started dismantling the Iron Curtain in April at Rajka” in northwest Hungary near the borders with Austria and Czechoslovakia.

“We chose Rajka because the Austrians but also the hard-line Czechoslovakians could see us. And because the largest number of Soviet troops and KGB (Soviet secret service) agents were in this area.

“Yes — by mid-April, three or four kilometres (two-2.5 miles) of the fence was already gone. And Gorbachev kept his word: the hotline didn’t ring, the Soviet ambassador wasn’t rushed in. So we continued.

“On May 2, the decision (to dismantle the fence) was made public, and spread around the world, especially on West German television.

But by that date “two-thirds of the fence was already gone,” Nemeth said.

“And still there was no reaction from Moscow.

“(East German leader Erich) Honecker immediately noticed that something was going on, and his foreign minister and deputy started to shuttle between Moscow and Berlin, urging intervention from their Soviet comrades. But I knew that Gorbachev would not intervene.

“I also received complaints from (Bulgaria’s Todor) Zhivkov, (Czechoslovakia’s Milos) Jakes and even from the ‘genius of the Carpathians’ (Romania’s Nicolae) Ceausescu.

“At a Warsaw Pact reunion at the end of July, they demanded an extraordinary session without Hungary and Poland to speak about us, to see how they could ‘help’ us, as Marxism-Leninism was already in ruin in our countries.

“I was sitting across from Gorbachev, and I never forget how he winked at me, which was even captured on camera. In his speech, he didn’t mention any of the complaints, as if they had never been made.

“From that point on, events accelerated.”

“When (Austrian foreign minister Alois) Mock proposed a symbolic ceremony to cut the wire at the border with (his Hungarian counterpart) Gyula Horn at end of June, I told him it was a good idea.

“There was just a little problem: there was no fence left. We had to rebuild the Iron Curtain! Of course not the real one, just 200 to 300 metres of wire mesh.”

– Then the East Germans came? –

“Everywhere people were camping. Everyone decided not to go home. And they knew we wouldn’t expel them.

A crowd of East Germans broke through a gate on the border with Austria on August 19, just minutes before the border was to be symbolically opened for three hours.

The 30th anniversary of the event dubbed the “Pan-European Picnic” will be celebrated in Hungary on Monday.

But Nemeth said this was “the date preferred by the right who pretend that this event forced the government to open the border,” when in fact the decision was made in early August.

“The real date of the (official) border opening, September 10-11, is never celebrated in Hungary,” he said.

Nemeth added that the announcement came weeks after the decision had been made because Budapest and Vienna needed time to organise how to manage the crowds of people.

“I called Kohl in early August. We finally met on August 25 at the Gymnich Castle near Bonn. I told him that if he was ready to accommodate so many people, we would open the border.

“When I told him this, tears formed in the eyes of this great man. He almost cried, then pulled himself together quickly.

“He asked me if Gorbachev supported this decision. I gave him three or four examples, showing that I didn’t need to seek permission from Gorbachev.

“It was the end of the world we had known with the Brezhnev doctrine.

“(US President) George Bush Senior, (Britain’s Margaret) Thatcher, the French president (Francois Mitterrand), the Japanese, everybody wanted to know what was going on and what we thought about Gorbachev.

“Everyone was terrified of what I admit I was afraid of as well: a possible turnaround by Moscow. But I told Kohl: ‘Even though the majority of Soviet troops are still here, trust our analysis that they won’t interfere’.

“It was clear that we were approaching a historic moment and that the world was coming to a turning point.

“Even though we swore to secrecy, Kohl called Gorbachev the next day. Gorbachev told him that the Hungarians were good people and he could trust Prime Minister Miklos Nemeth.

“From then on preparations began, including with the Austrians’ involvement. There was the question of hundreds of Stasi (East German secret police) agents infiltrating the crowds crossing the borders when we opened them. So the authorities set up several check points (in Austria) to question those who crossed.”

– Did you understand the impact your actions would have? –

“Whoever said he knew it in advance is lying. I can’t believe anyone predicted that two or three months later the Berlin Wall would fall. It’s impossible. Nobody thought it would go so fast.

“One year later, Germany was unified. For that, the stars had to be aligned — Bush senior and Gorbachev, and Kohl’s ability to manoeuvre between these two great powers,” Nemeth said, adding that he is still in close contact with Gorbachev.

“We Hungarians have done what destiny gave us. Opening the border wasn’t the decision of just one person. The Hungarian nation and its people did it.

“I would still do the same thing. I’m proud that destiny allowed me to be there at that time.”

Asked what he thought about Hungary’s current nationalist Prime Minister Viktor Orban erecting a border fence to keep out migrants in 2015, Nemeth said: “I don’t believe in fences.

“In the short term they may be of use. But apart from the Great Wall of China, all other fences, including the one that (US President Donald) Trump is building, fall through the sieve of history. In today’s world, problems can’t be solved with fences.”