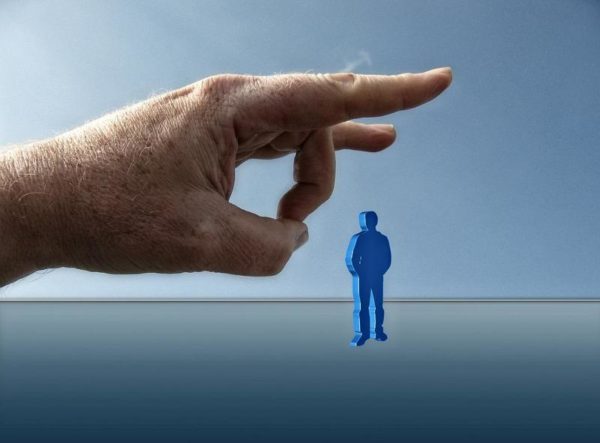 Layoffs are starting to come fast and furious now, and this is happening even though the coming recession has not even officially started yet. Of course many are convinced that we are actually in a recession at this moment. In fact, according to John Williams of shadowstats.com if the government was actually using honest numbers they would show that we have been in a recession for quite some time. But the narrative that the mainstream media keeps feeding us is that the U.S. economy is “doing well” and that the outlook for the future is positive. Well, if that is true then why are big companies laying off so many workers right now?
Share:

A sudden cascade of events is challenging President Donald Trump’s boasts of an unprecedented American winning streak that is a critical component of his reelection salesmanship.

Rising fears of a recession, layoffs in steel country and new evidence of the toll on US households of his tariff war are contradicting the President’s preferred political narrative. Steps his White House is contemplating to head off a slowdown that could be ruinous to his 2020 hopes, meanwhile, hint at panic rather than the reassurances sown by his top lieutenants.
But Trump is defiant even as he floats ideas to stimulate growth: “Our economy is incredible,” the President said Tuesday. “We’re right now the number one country anywhere in the world by far as an economy.”
Abroad, an ISIS resurgence, China’s refusal to bend to Trump’s will and North Korea’s missile launches are clouding the President’s claim that he stamped American authority back on the globe. And vicious violence in Afghanistan is complicating his plans to get all troops home in a politically potent resolution to 9/11 wars.

Trump is responding to such turmoil in characteristic style, relentlessly flexing his powers of political magnetism to conjure a blizzard of bravado, fact-twisting, blame-shifting and distraction.
“Under my administration, we’re fighting back and we’re winning because we are truly putting America first,” Trump proclaimed last week in a speech in swing-state Pennsylvania.
“After years of building up foreign countries we are finally building up our country,” he said.
But the President’s swagger cannot disguise that this is a sudden confluence of challenges that could squeeze his hopes of securing four more years as commander in chief. They are a reminder that presidents, for all their power and visibility, are deeply vulnerable to outside events.
Their ability to mitigate damage from situations over which they have little control and to shape them into an appeal that can reassure and attract voters often holds the key to their fates.
One reason why Trump may be especially at risk is that he has little room for error in 2020. His perpetual approval rating in the low 40% range leaves him vulnerable to shocks. His brazen claims of more success than any other modern president mean his failures more obviously contradict his political pitch.
The gathering clouds raise questions about Trump himself and whether he will change course to improve his political prospects — for instance, on trade wars that may be damaging the global economy. They also highlight a question that hovers over the 2020 campaign but can be answered only by the election itself: How will Trump be judged by voters who shocked the pundit class three years ago?
Can Trump confound the odds again?

Any impression that America and the world are spinning out of control, partly due to the capricious impulses of the President, would normally spell disaster for a first-term White House.
Yet there’s also the possibility that Trump could be different.
His governing model is based on spinning chaos from which he often alone prospers, and in which he becomes an elusive opponent able to survive blows that down normal politicians.
Trump’s presidency might look like an incoherent mess and an exclusive exercise in tearing at some of America’s most gaping political, social and racial scars for personal gain.
But for some of his most loyal voters the discord and disruption, the rebuking of foreign allies and abuse of power grabs in Washington are exactly why they voted for him.
And even if the economy turns sour, Trump has likely already kept enough promises — from a conservative judicial makeover to his refusal to go native in Washington — to keep his base close.
Still, if wavering independent voters and moderate Republicans fear their security or prosperity at risk, perhaps from events originating abroad, Trump’s prospects could be harmed.
Those voters may also be alienated by the white nationalist rhetoric, searing tone on immigration and condemnation of globalization adopted by Trump.
But this approach also reinforces his almost mythical connection with rural America, which was a critical factor in his stampede though Midwestern swing states in 2016.
So as challenges mount, it is still unclear whether they could irreversibly damage his campaign or whether his unorthodox Machiavellian talent for creating alternative political realities while destroying his opponents will be as potent in 2020 as it was in 2016.

Almost every day brings signs that the US economy, despite its historically low unemployment and robust consumer demand, is now at more risk than at any time since the Great Recession.
On Tuesday, US Steel said it was temporarily laying off 200 steelworkers in Michigan amid slowing demand in Europe and in the US manufacturing industry.
The move was especially symbolic since Trump’s promises to revive US factories helped him win the Democratic bastion in 2016. And it sat poorly with the President’s claim last week that “our steel mills are fired up and blazing bright.”
US Steel’s announcement followed bearish signals from the bond markets last week and slowdowns in the economies in China and Europe, which could eventually have a knock-on effect on the US.
Trump said Tuesday that the term recession was an “inappropriate” word used by the media to cause him political difficulties. But adopting a contradictory position, he also said he was considering tax reductions and is demanding a full rate-point cut by the Federal Reserve to stimulate an economy he has already juiced with a massive tax overhaul. Such steps are normally contemplated by governments in the darkest hours of recessions — not when the economy is as strong as it is now.
There are also fresh indications that Trump’s protectionist trade instincts are not only harming the economy but also could rebound against his political aspirations.
Farmers in the Midwest are hurting as Chinese markets dry up. JPMorgan bank predicted Tuesday that Trump’s tariffs will cost American households $1000 a year when the next round goes into effect on September 1. Trump last week halted another volley of tariffs to safeguard the Christmas shopping season.
But despite his fresh claim Tuesday that China is desperate for a deal, Beijing seems to be working off a longer clock than the one ticking down to the November 2020 election.

In December, Trump declared on Twitter, “We have defeated ISIS in Syria, my only reason for being there during the Trump Presidency.”
But a Pentagon inspector general’s report released Tuesday called that confidence into question, finding that despite being driven out of its “caliphate” by US and allied attacks, the group was surging in Iraq and Syria after Trump’s troop withdrawals.
The revelation raised the possibility that after claiming former President Barack Obama was the “founder” of ISIS because he had withdrawn prematurely from Iraq, Trump may be repeating his predecessor’s history.
Secretary of State Mike Pompeo offered a potential opening to Democrats by admitting Tuesday that there are “places where ISIS is more powerful today than they were three or four years ago,” despite insisting the picture was “complicated.”
Some presidents might respond to such an assessment by diving into a strategic review. But such a move would require Trump to admit he had oversold his achievement in defeating ISIS — and could damage his case in 2020.
The President also has little to show for another foreign policy venture — his love-in with North Korean tyrant Kim Jong Un, which has seen two summits but no nuclear breakthrough and now regular outbursts of short-range missile tests.
Boiling tensions with Iran after Trump ditched Obama’s nuclear pact suggest the bill is coming due for a foreign policy that often looks plotted to satisfy his political priorities.
The administration is working overtime on a peace deal with the Taliban that could lead to a complete and final US withdrawal 18 years after the September 11 attacks in 2001.
Trump’s critics warn, however, that a US departure could squander the sacrifices of more than 3,500 US and coalition troops.
A suicide bombing at a Kabul wedding over the weekend that killed 63 people and was claimed by ISIS underscored concerns that Afghanistan could again become a haven for terror groups.
But that might not matter much in a domestic political context. America has shown in the last three presidential elections that it is weary of foreign entanglements, a sentiment Trump played into when discussing the peace talks on Tuesday.
He contended that Afghanistan did seem to be the “Harvard University of terrorism” but added: “We’ve been a peacekeeper there, in a way, for 19 years and at a certain point you have to say that’s long enough.”
CNN
Share: