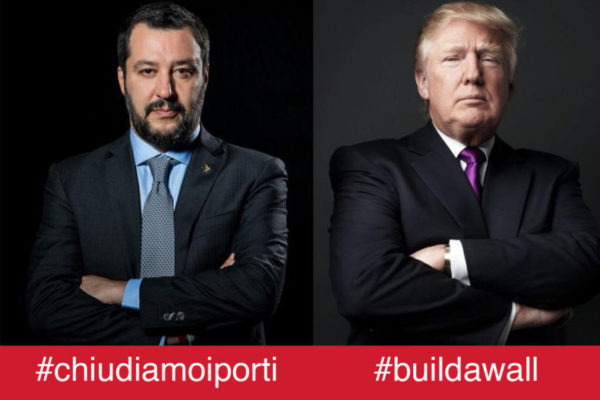 “I am concerned because we hear speeches that resemble those of Hitler in 1934,” he told Italian outlet La Stampa. “’Us first. We … We … These are frightening thoughts.”

The pope’s comments come after Italian Deputy Prime Minister Matteo Salvini called for the parliament to be dissolved and asked President Sergio Mattarella to institute snap elections as an attempt to push the country’s government further right politically, The Washington Post reported.

Mattarella hasn’t said whether he’ll act on Salvini’s request. But the Post reported that the request comes as Italy grapples with months-long tensions within its coalition government.

The paper noted that Salvini has drawn comparisons to President Trump for his rhetoric saying Italy should be put first and that the country should crack down on immigration.

Pope Francis said Friday that migrants should be integrated into society and that nationalism is an “attitude of isolation.”

The pope previously has spoken out against he sees as a rising tide of nationalist views. Last month, he said no one is exempt from helping migrants, following clashes between Italy’s government and migrant rescue ships.

Salvini has spoken out openly against the pope and his stance on immigration, tweeting in 2016 that “The pope says migrants are not a danger. Whatever!”