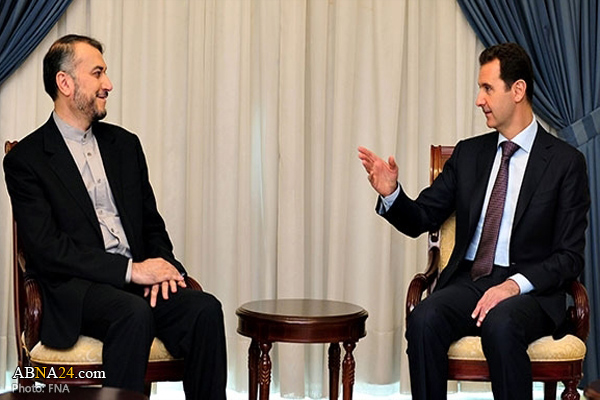 Syrian President Bashar al-Assad on Monday underlined his country’s support to Iran against the U.S. threats.

Assad renewed such stance of his government during his meeting with Hossein Amir Abdollahian, visiting assistant speaker for international affairs of Iran’s Shura Council, according to the Syrian Presidency Media Office.

The two sides discussed bilateral relations and the situation in the region as well as the developments regarding the Iranian nuclear issue and the steps undertaken by the Iranian leadership to protect the interests of the Iranian people.

During the eight-year Syrian war, Iran has emerged as a key backer of the Syrian government in countering the foreign-backed insurgency.