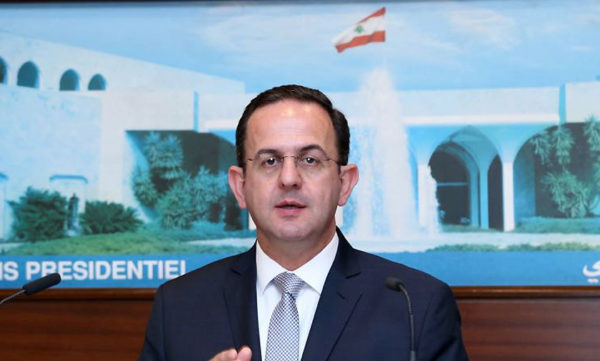 Lebanon’s tourism minister urged politicians on Tuesday not to wreck the country’s best tourist season in years, after a deadly shooting in a popular mountain region stirred fears of strife.

Avedis Guidanian said more tourists came to Lebanon in the first half of this year than in the same period any year since 2010. But he warned the president in a meeting that the summer forecast would take a hit if political tensions persisted.

“I told him, in case this incident cannot be contained, there are fears. There are many questions from people planning to come,” the minister told a press conference at the presidential palace.

He added that there were no big cancellations so far.

“His excellency (President Michel Aoun) assured me that things are on the right track. God willing, soon, we will have really overcome this.”

The government has vowed to restore security after the shootout on July 1 killed two aides of a minister in the Chouf mountains, one of the bloodiest theatres of Lebanon’s 1975-90 civil war.

The tourism industry, once a mainstay of Lebanon’s now-battered economy, has been in the doldrums since 2011 – the year conflict erupted in neighbouring Syria.

The slump in tourism has played a part in years of weak economic growth and a hike in the huge public debt, which the government now pledges tough reforms to bring under control.

As relations with Gulf Arab states and security improved, officials including Prime Minister Saad al-Hariri have predicted a promising summer for tourism this year.

“The numbers of people travelling to Lebanon in first six months of 2019 are very encouraging,” Guidanian said on Tuesday.

More people were arriving from Europe and Gulf states including Saudi Arabia, which lifted its travel warning against citizens going to Lebanon this year, the minister said.

Guidanian said the expected rise in tourists would bring in big revenues which Lebanon direly needed. “Imagine if we stopped shooting ourselves in the foot – the politicians I mean.”