Over a million protest in Hong Kong against controversial extradition law 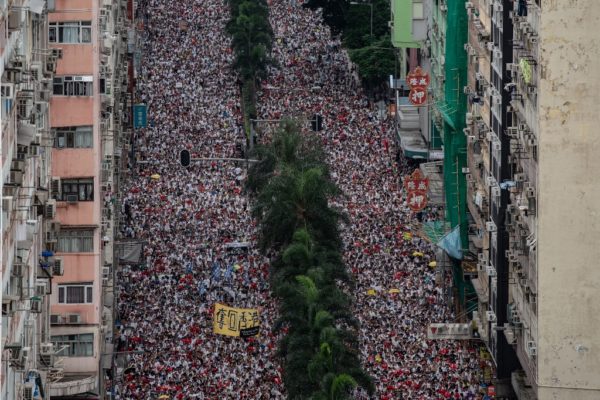 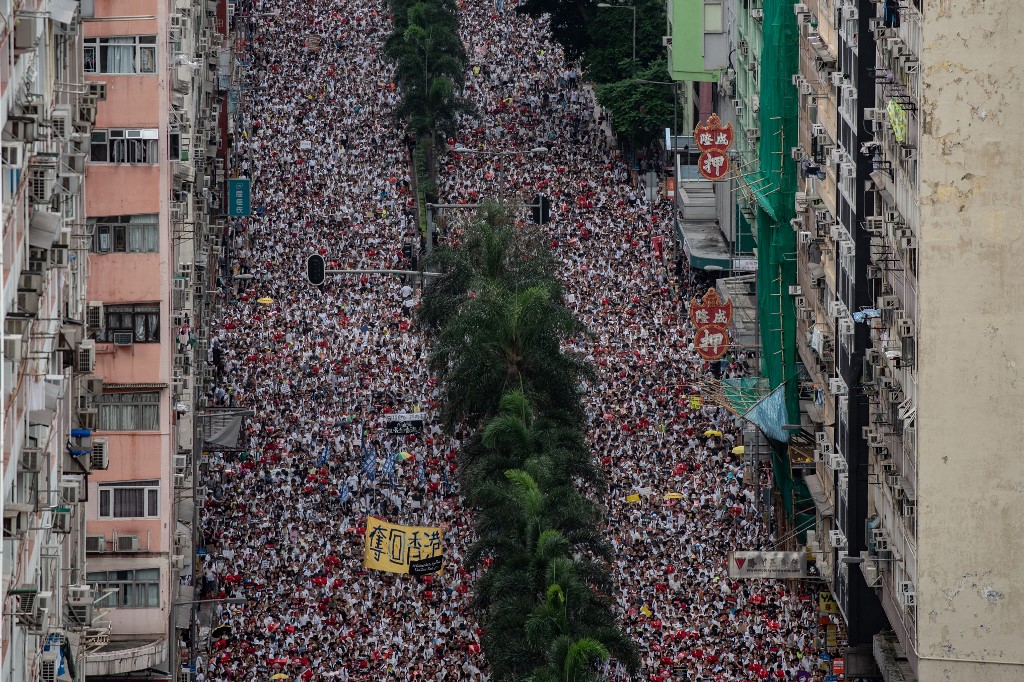 Over a million people have joined a mass protest against the Hong Kong government’s controversial extradition bill, according to organisers.

Jimmy Sham, a spokesperson for organisers, said around 1.03 million people attended the march – a figure that was calculated by volunteers along Hennessy Road. Police estimated 270,000 people turned up at the rally’s peak.

Police urged protesters to march from Victoria Park before the 3pm start-time to ease overcrowding.

The MTR also enacted crowd control measures, with protesters still leaving Victoria Park up to four hours after the start time. Protesters were still arriving at the end-point seven hours after the protest began.

Police opened up all lanes on Hennessey Road after initially refusing to do so.

Lam declined to answer questions at a public appearance in Ocean Park on Sunday afternoon.

The organiser turnout figure would make it the largest protest Hong Kong has ever seen, surpassing the turnout seen at mass rallies in 1989 and 2003.

Hong Kong’s government first proposed legal amendments in February to allow the city to handle case-by-case extradition requests from jurisdictions with no prior agreements, most notably China and Taiwan.

The plan would enable the chief executive and local courts to handle extradition requests without legislative oversight and could reach a final vote before the current legislative period ends in July.

The government has said the law will allow it to close a legal “loophole,” but lawyers, journalists, foreign politicians and businesses have raised concerns over the risk of residents being extradited to the mainland.

HK Lau, a retired civil servant in his 60s, told HKFP he believed the passing of the extradition law would mean the end of the One Country Two Systems principle.

“Communist China has never changed,” Lau said. “If anything has changed it is that they are richer and more powerful, and now it’s spreading.” Karen Chan, a university student, told HKFP she thinks the government has neglected public opinion on the extradition proposals and calls the bill “nonsense”

“I know it’s difficult to change the mind of the Hong Kong government, but I hope that the protest today can arouse some international concern about it through the power of mass media,” she said. Secondary school teacher Gary Chiu told HKFP that many of his friends did not attend the march either because they felt the government would not listen to their concerns or because they did not have any business interests to protect. This is his second time attending an anti-extradition protest.

Chiu added he wanted the bill to be scrapped and for Lam to resign: “Hong Kong is now becoming a battlefield between an authoritarian state and the free world. Remember, when one is enslaved, all are not free, so we urge the international society, the US government and the EU, to keep pressuring the Hong Kong government and the Chinese government,” he said. An office secretary, who declined to reveal her identity for fear of reprisal from central authorities in the event the extradition bill passes, told HKFP she is not usually concerned with politics but came out on Sunday because of the extradition bill’s broad implications on all sectors of society. In April, tens of thousands of Hongkongers took to the streets in protest of the proposal as democrats have sought to hinder the bill’s progress at the legislature. The government is fast-tracking the bill’s movement through the legislature, insisting that it arrive at the main chamber by Wednesday in the hope it will pass before the summer break next month.