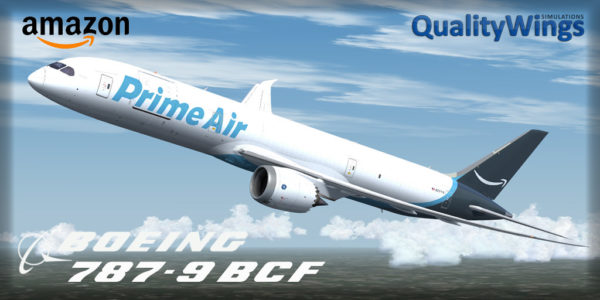 FedEx will no longer provide express delivery for Amazon packages in the U.S., as the e-commerce giant continues to expand its own in-house delivery network.

FedEx announced on Friday that it decided not to renew its express U.S. shipping contract with Amazon. The company said in a statement that it was a “strategic decision” and that the change won’t affect other existing contracts with Amazon, including international shipping.

Amazon’s contract with FedEx Express only affects air services, which means FedEx will continue to serve as a carrier and last-mile delivery partner.

FedEx added that Amazon was not a huge customer, only accounting for roughly 1.3% of its total revenue in 2018. FedEx stock dropped less than 1% on the news, while Amazon stock did not budge.

Amazon’s representative said in an email statement, “We respect FedEx’s decision and thank them for their role serving Amazon customers over the years.”

The change comes at a time when Amazon is aggressively investing in its own in-house network of shipping and delivery services. It recently launched a new program called Delivery Service Partners, which lets entrepreneurs run their own local delivery truck business with Prime logos.

The company has also been buying up cargo planes and trucks, while creating new services that streamline its truck deliveries. In its 2018 annual financial filing, Amazon listed “transportation and logistics services” among its group of competitors for the first time.

FedEx has often downplayed the competitive risk from Amazon. During a call with analysts in September, FedEx’s executive vice president, Rajesh Subramaniam, said Amazon’s new delivery service “should not be confused as competition with FedEx.” In 2016, as media reports suggested Amazon was getting serious about building its own delivery service, FedEx’s former executive vice president, T. Michael Glenn, said it would be a “daunting task requiring tens of billions of dollars” to build and replicate FedEx’s existing delivery network.