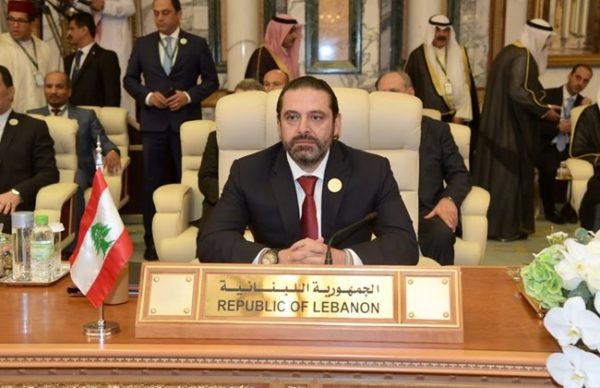 Prime Minister Saad Hariri has called for Arab solidarity in the face of regional conflicts and threats from “foreign intervention. Hariri was speaking at an emergency Arab summit held in the Saudi city of Mecca overnight Thursday, arranged by Saudi King Salman in response to recent attacks on Gulf oil assets. In his speech to the gathered Arab leaders, Hariri condemned “the attack on the United Arab Emirates and Saudi Arabia” and called for “the widest Arab solidarity in confronting them,” according to a statement from the premier’s office. “Arab solidarity remains our strongest weapon in the hands of the Arab nations,” he adde

Lebanon hopes to halve its ruinous electricity subsidy in 2020 as it targets more spending cuts after proposing a deficit-slashing budget plan for this year, the prime minister’s financial adviser said on Friday. The coalition government on Monday agreed a 2019 budget with a projected deficit of 7.6% of gross domestic product (GDP), down from 11.5% last year, but it must still be approved by parliament.”The main component that will help in the reduction of the deficit will be the reduction in the subsidy to the power sector,” he added.

Lebanon has one of the world’s highest debt burdens, equivalent to about 150% of GDP, and electricity subsidies cost 3.5%-4% of GDP a year, Munla said.