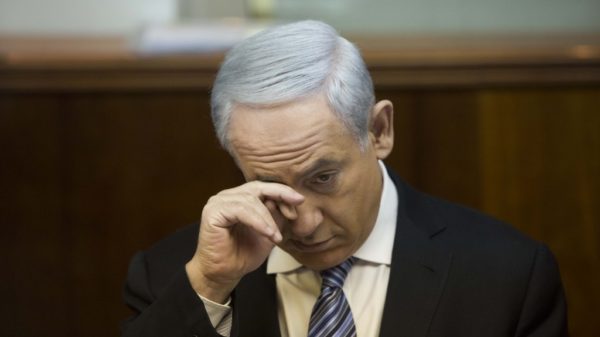 Israel will hold new national elections in late summer after Prime Minister Benjamin Netanyahu failed to put together a coalition government from the parties elected to parliament on April 9th.

It’s the first time in Israel’s history that a general election has failed to produce a government.
The new elections, scheduled for September 17th, are the result of a bill to dissolve parliament introduced into the Knesset earlier this week.
The bill had its third reading shortly after midnight local time and was passed into law by Knesset members by 74 to 45, just moments after Netanyahu’s deadline to form a government expired.
Less than two months after what seemed like a clear victory for Netanyahu in the April 9thelections, the long-time Israeli leader backed a move to dissolve the 21st Knesset, in a last-ditch attempt to break deadlocked negotiations between the parties.
Talks had become stuck over a proposed draft law, which would conscript more ultra-Orthodox Jewish youth into the military. The ultra-Orthodox parties demanded changes to the bill, while former Defense Minister Avigdor Liberman wanted it passed with no changes at all.
Netanyahu, who has handled difficult coalition negotiations in the past, was unable to broker a compromise between the parties.
Speaking after the vote early Thursday morning, Netanyahu lashed out at Liberman accusing him of never intending to reach an agreement.
He accused Liberman of repeatedly making fresh demands during coalition negotiations and said Israel was being “dragged” back to the ballot box because of “the private ambitions of one person.”
Liberman’s Yisrael Beiteinu party won only five seats out of the 120 in the Knesset, but Netanyahu needed them to build a coalition bloc with a working majority. Without them, he was stuck on 60.
In the six weeks given to Netanyahu to form a new government, the Prime Minister deployed a host of different approaches to pressure Liberman to concede ground.
Netanyahu’s Likud party attacked Liberman in the media, the pro-Netanyahu Israel HaYomnewspaper calling Liberman a fraud.
He also offered different iterations of the draft bill with small changes designed to facilitate agreement.
US President Donald Trump had even tried to give Netanyahu a boost on Twitter, saying on Monday, “Hoping things will work out with Israel’s coalition formation and Bibi and I can continue to make the alliance between America and Israel stronger than ever. A lot more to do!”
CNN
Share:
Share Tweet Pin It +1
This error message is only visible to WordPress admins